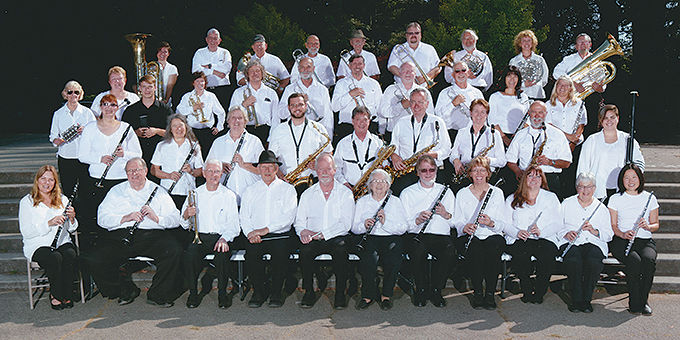 March 29th – A free concert will be presented by the 45-member Amador County Concert Band under the direction of Steve Chambers on Sunday, March 29th at 3pm. The program will be held at the Community Church of Pine Grove, 14045 Ponderosa Way, Pine Grove. Doors open at 2:30pm.

Featured music will be a fabulous “Beatles” medley, a salute to “Spike Jones”, a special Gershwin tribute, a medley of John Williams film score music titled “Out of this World”, a selection from ”Evita” and more….

The band has been selected to also perform in the Carmichael Park Band Festival in June this year for a special one-hour concert.

Join us on March 29th for this wonderful free event. Doors open at 2:30pm so arrive a few minutes early for best seating….ample parking…music begins promptly at 3pm. Visit the band’s website at www.accband.org for additional information or to find out how to join the band.

Mainly cloudy and rainy. Highs in the mid 50s and lows in the low 40s.