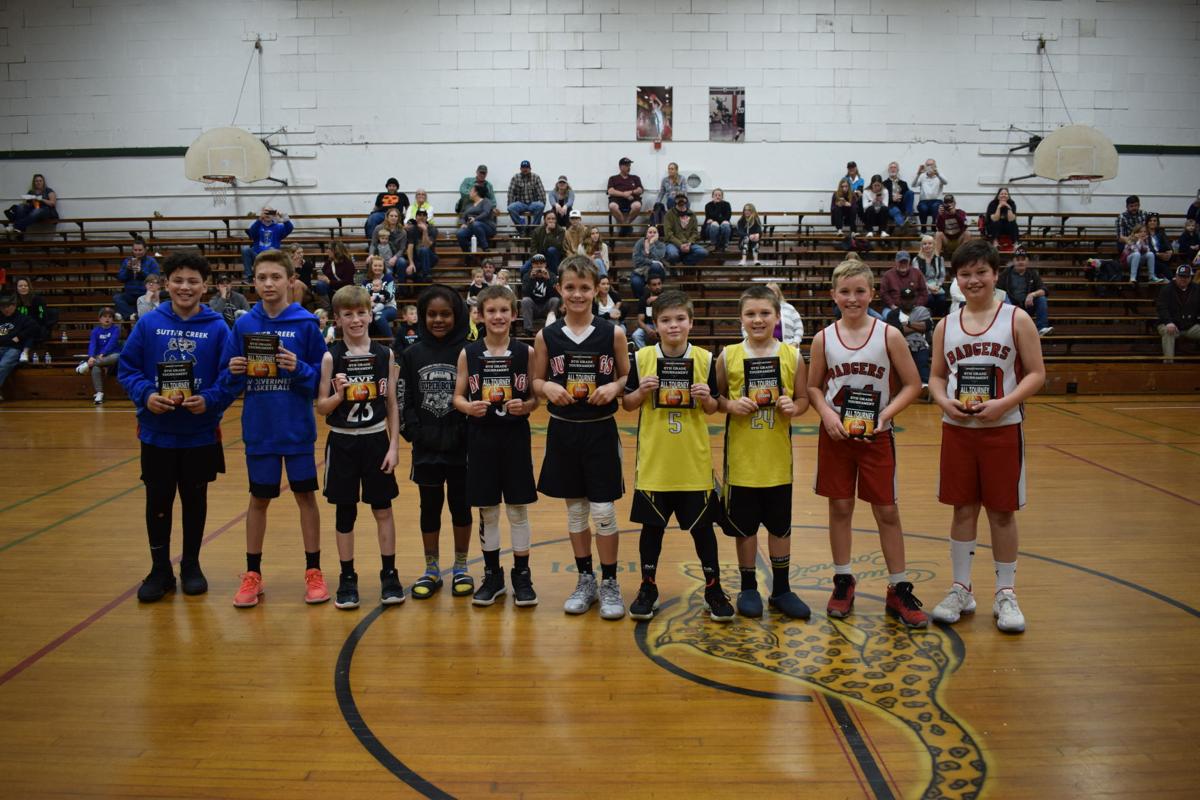 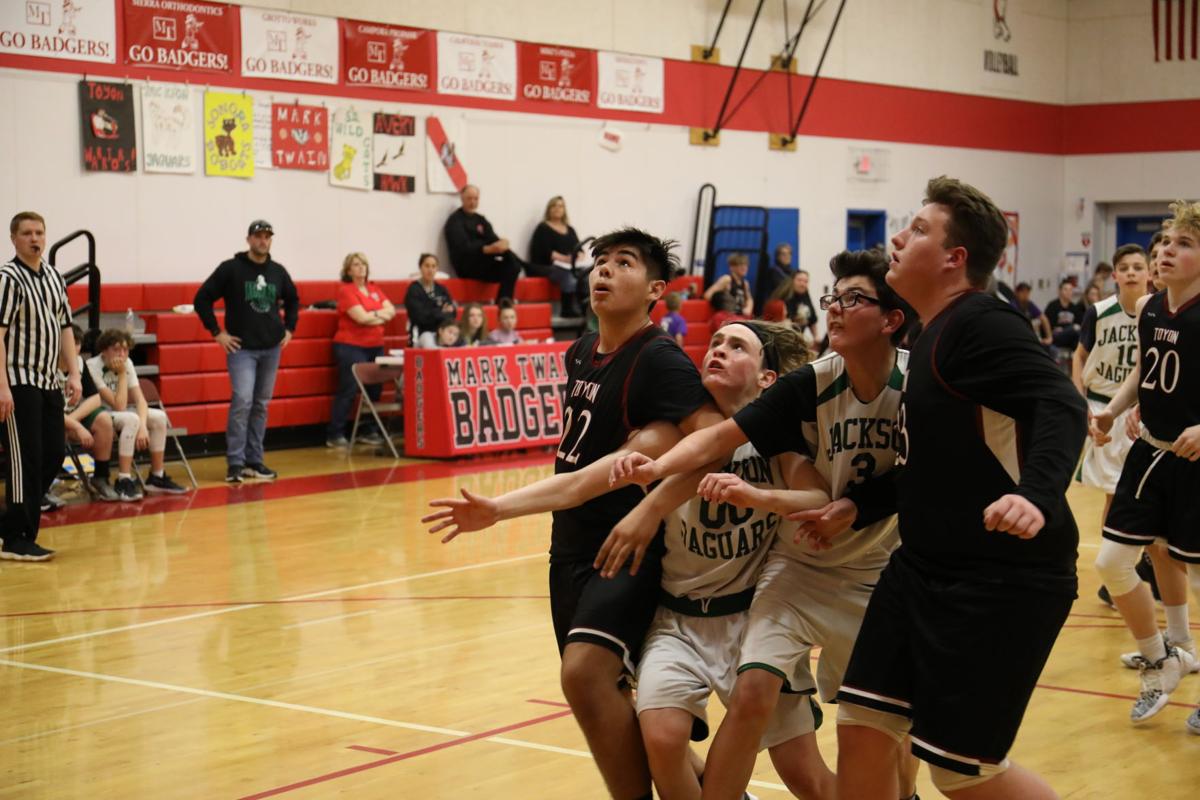 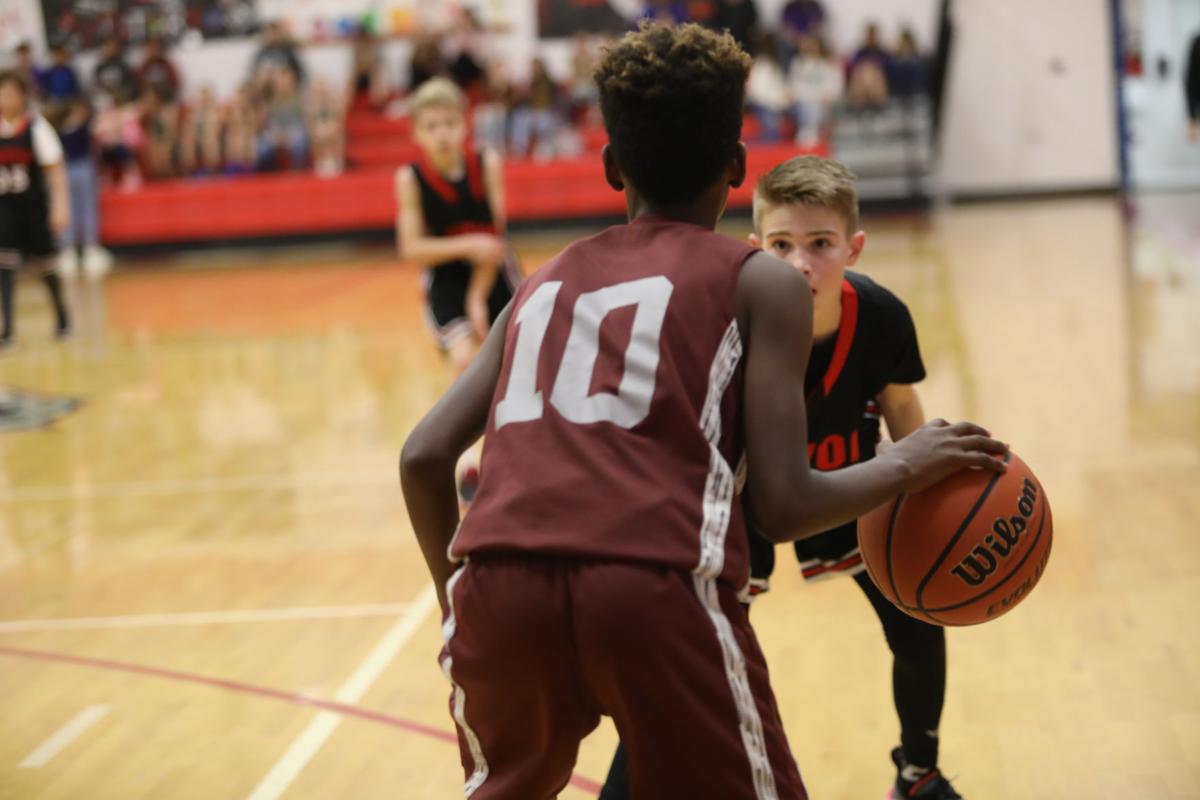 The top-seeded Valley Springs 1 team, knocked off Sutter Creek and Jackson on their way to the finals, where they defeated the Mark Twain Badgers 44-32 on Saturday, February 8 to finish off an unbeaten season and claim the tournament championship.

Coached by Shiree and Zac Coggin, the Bulldogs were led on the court by tournament Most Valuable Player Aaron Koepp, who hit three 3-pointers and scored 17 points in the championship game, and all-tournament players Cohen Curran and Zachary Coggin.

In the third-place game on Saturday, the Motherlode Miners defeated Jackson 25-21. Jordan Hulsebosch and Carson Gilliam earned all-tournament honors for the Miners.

“I could not be more proud of how hard these boys played all season,” Sutter Creek coach Dave Tearpak said. “We improved every game and really surprised a lot of teams.”

In the eighth-grade division, Jackson bounced back from a loss to eventual tournament-champion Sonora in the semifinals on Friday, February 7 to beat Toyon in the third-place game on Saturday, February 8. Clinton Fage earned all-tournament honors for Jackson in the eighth-grade division, along with Reese Hampton and Riley Edwards of Sonora, and Ryan McDaniel and Austin Blodgett of Mark Twain.

In the seventh-grade division, Jackson opened the AMA Tournament with a thrilling 41-39 victory over Amador County-rival Ione on Wednesday, February 5. Marcus Scaife had 12 points and four steals, and Mitchell McMahan had 12 points, six rebounds and five steals to lead the Jaguars. Also for Jackson, Joaquin Porto had five points, 12 rebounds and 10 steals; and Cole Porto had four points, eight rebounds and seven steals.

In the semifinals on Friday, February 7, Jackson lost to McCaffrey of Galt 48-29. Joaquin Porto had eight points and five rebounds; McMahan had six points and four rebounds; Ricky Santos scored six points; Cole Porto had nine rebounds; and Seth Mitchell had seven rebounds for the Jaguars.

In the sixth-grade division, Toyon Middle School made it all the way to the finals on Saturday, February 8, but was unable to hold off a big second-half comeback by Avery in the championship game and finished in second place. Curtis Creek of Sonora defeated Sutter Creek in the third-place game.

All-tournament players for the sixth-grade were Niko Kreisberg and Tumi Owens of Avery; Ryan Clifton and JoJo Dockett of Toyon; and Luke Larson of Curtis Creek.

Check out this collection of photos submitted to the Ledger Dispatch from the season-ending fifth-grade boys basketball tournament, along with…