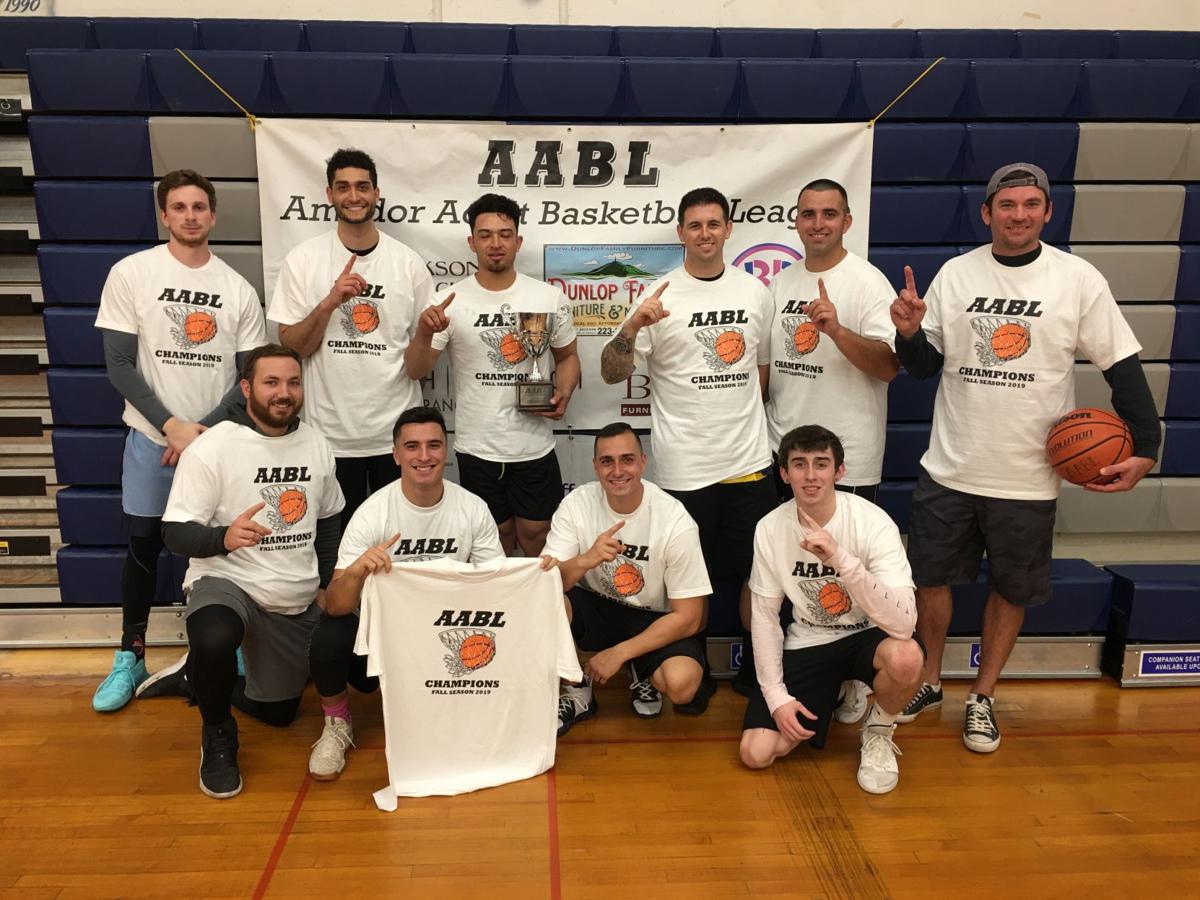 The AABL 2019 Fall League A division champions, the Blue Ballers. 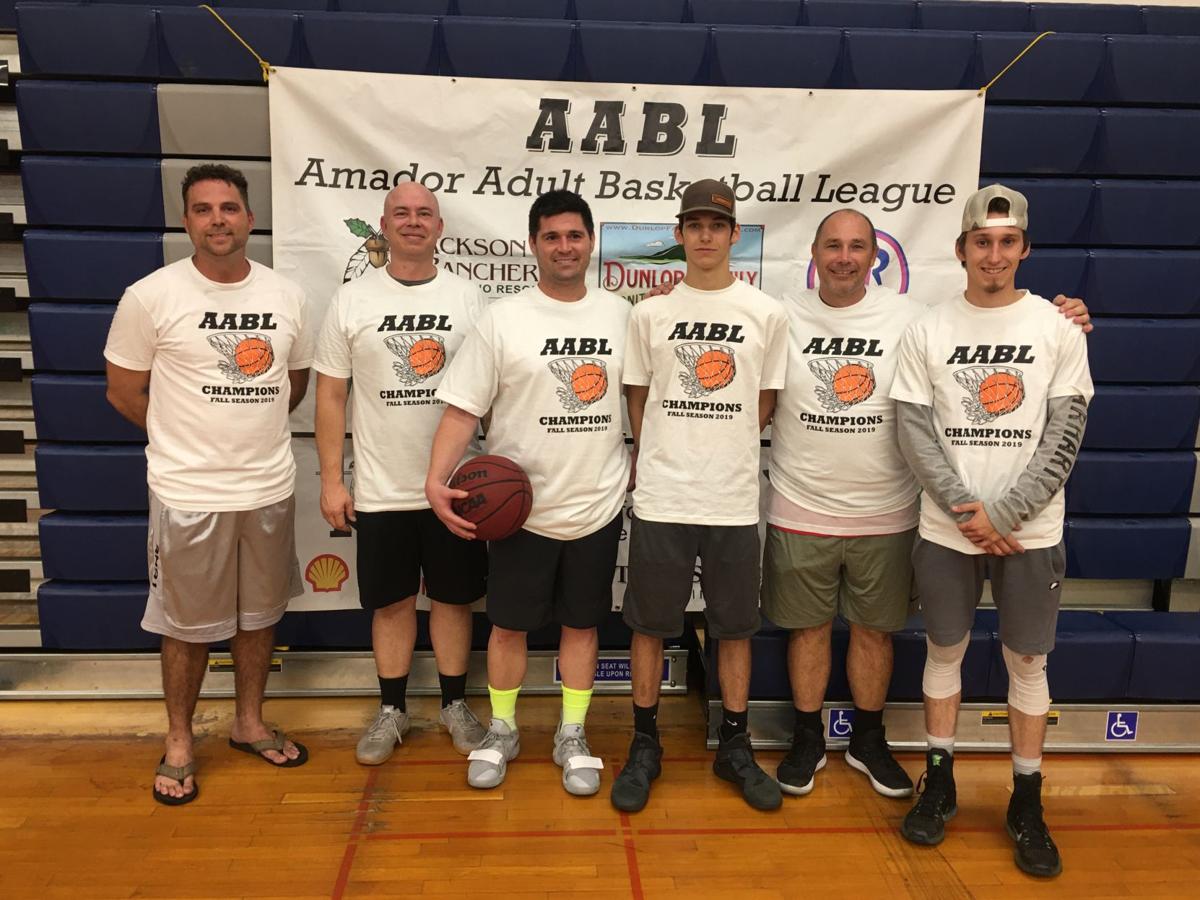 The Amador Adult Basketball League crowned new champions on the final day of the 2019 fall season on Sunday, December 8 at Amador High School.

In the A division championship game, the Blue Ballers used a balanced attack led by Amador High School alum Austin Johnson to knock off the defending champion County Boys 66-54.

Johnson scored a team-high 19 points for the top-seeded Blue Ballers, who forced the second-seeded County Boys into a rough shooting night with strong perimeter defense. Casey Ryan scored a game-high 25 points for the County Boys, who had won the past three AABL A division championships.

In the B division finals, second-seeded Mueller’s Elite proved too much for fourth-seeded Botto Inn B to solve in a 64-44 win. Nathan Lawton led all players with 24 points for Mueller’s Elite, which also got strong 3-point shooting from Josiah and Micah Molin.

Michael Key scored 11 for Botto Inn B, which upset top-seeded Outsiders B in the semifinals.

In the A division third-place game earlier on Sunday, the Immortals defeated Botto Inn.

The next AABL season will take place in the spring.