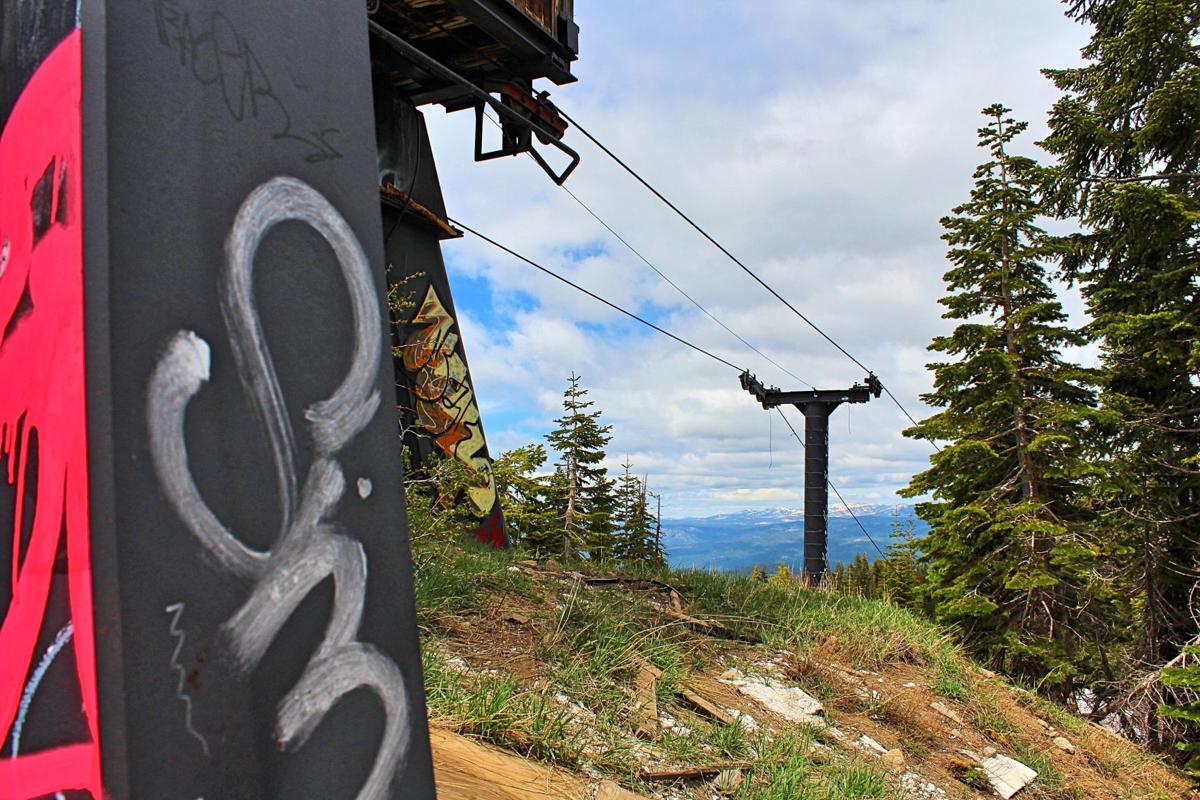 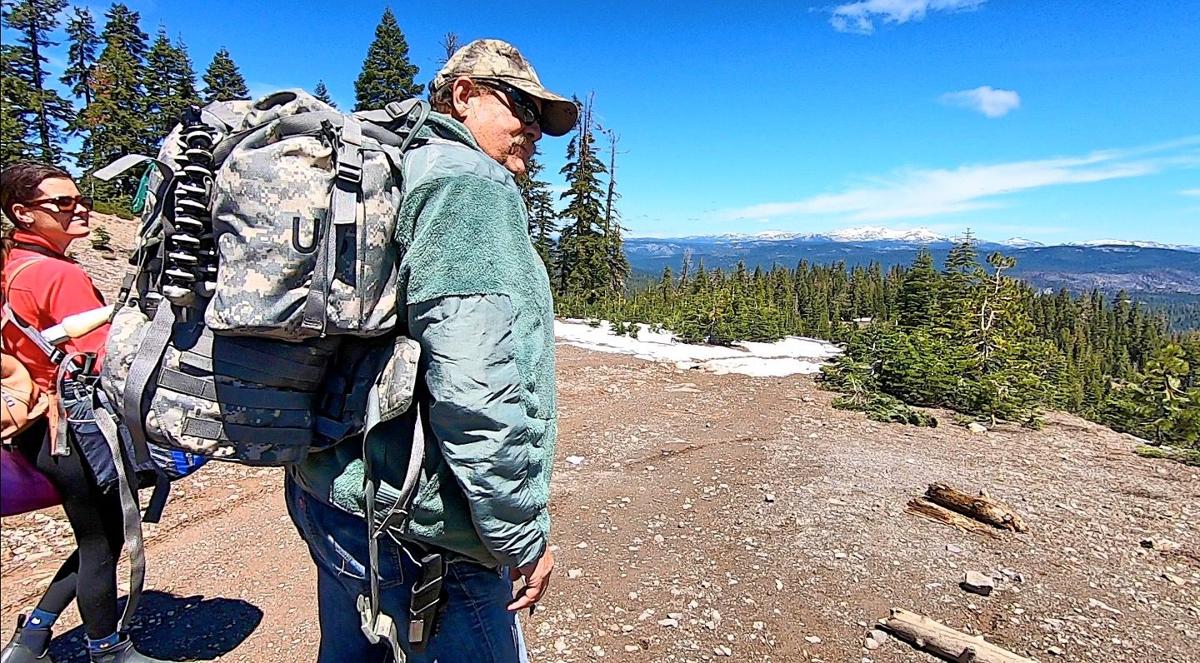 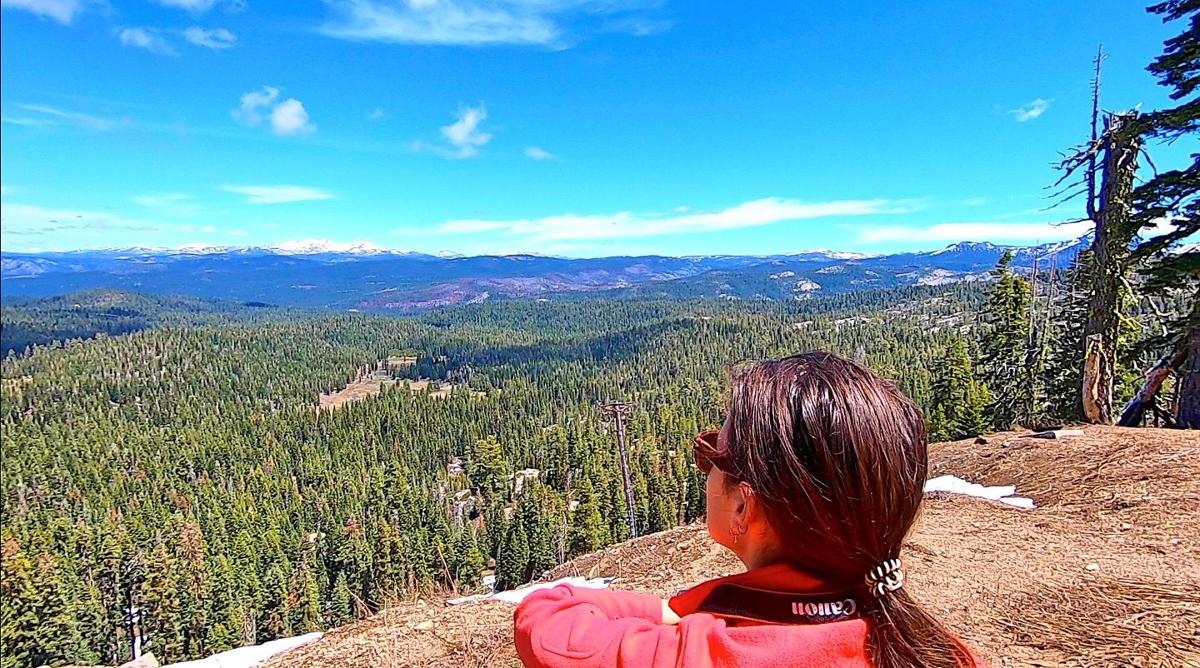 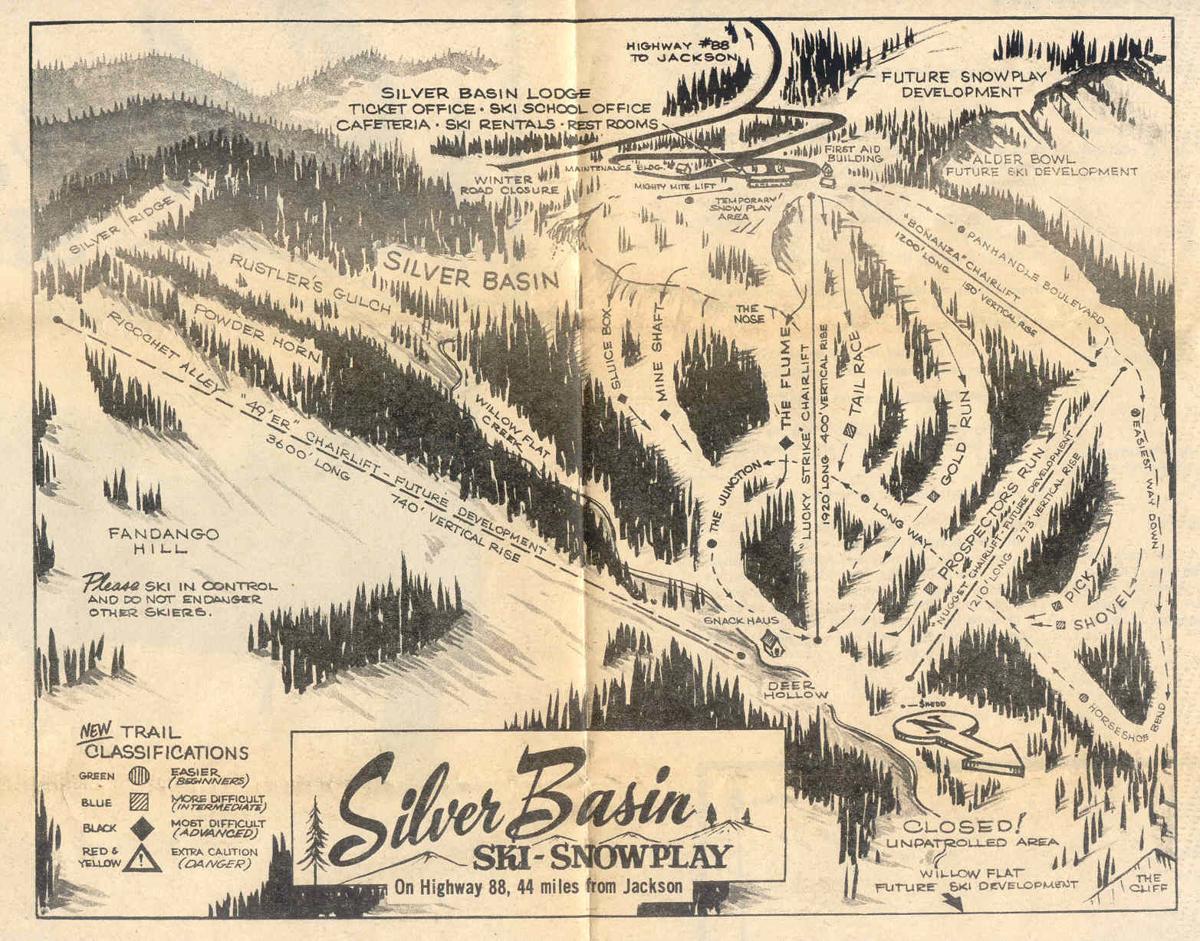 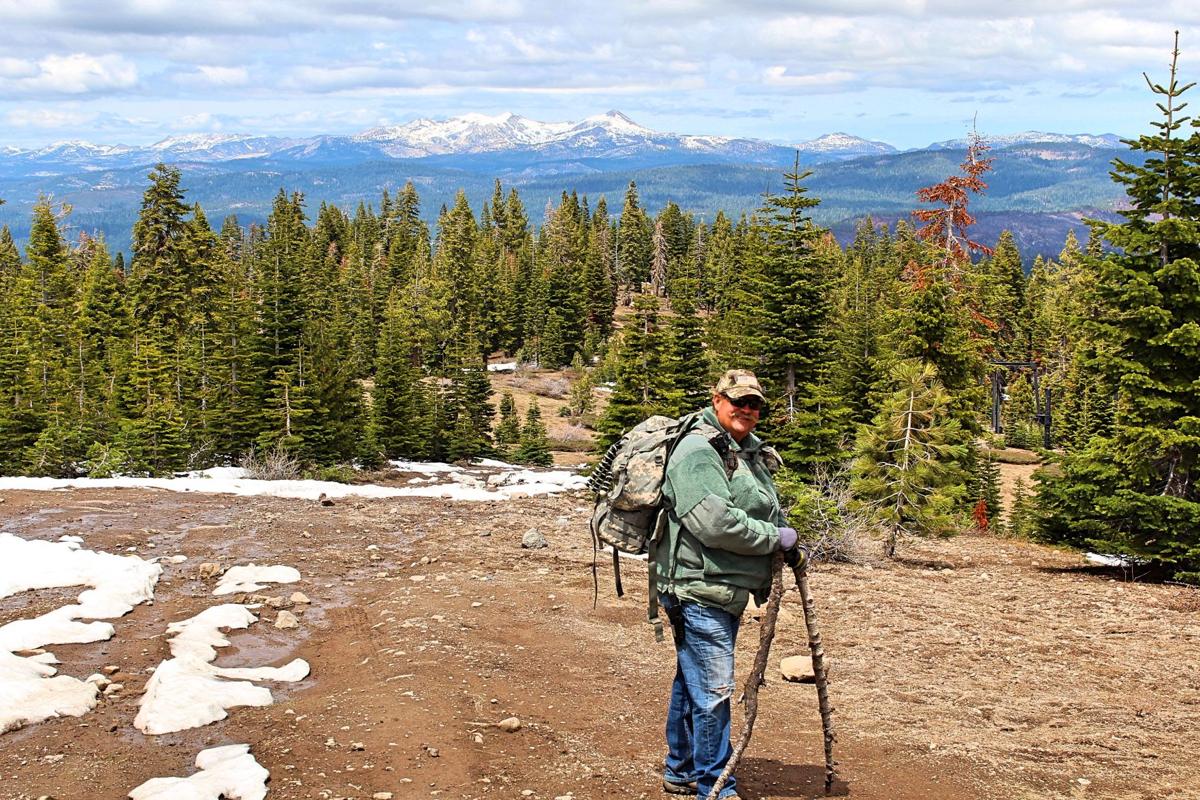 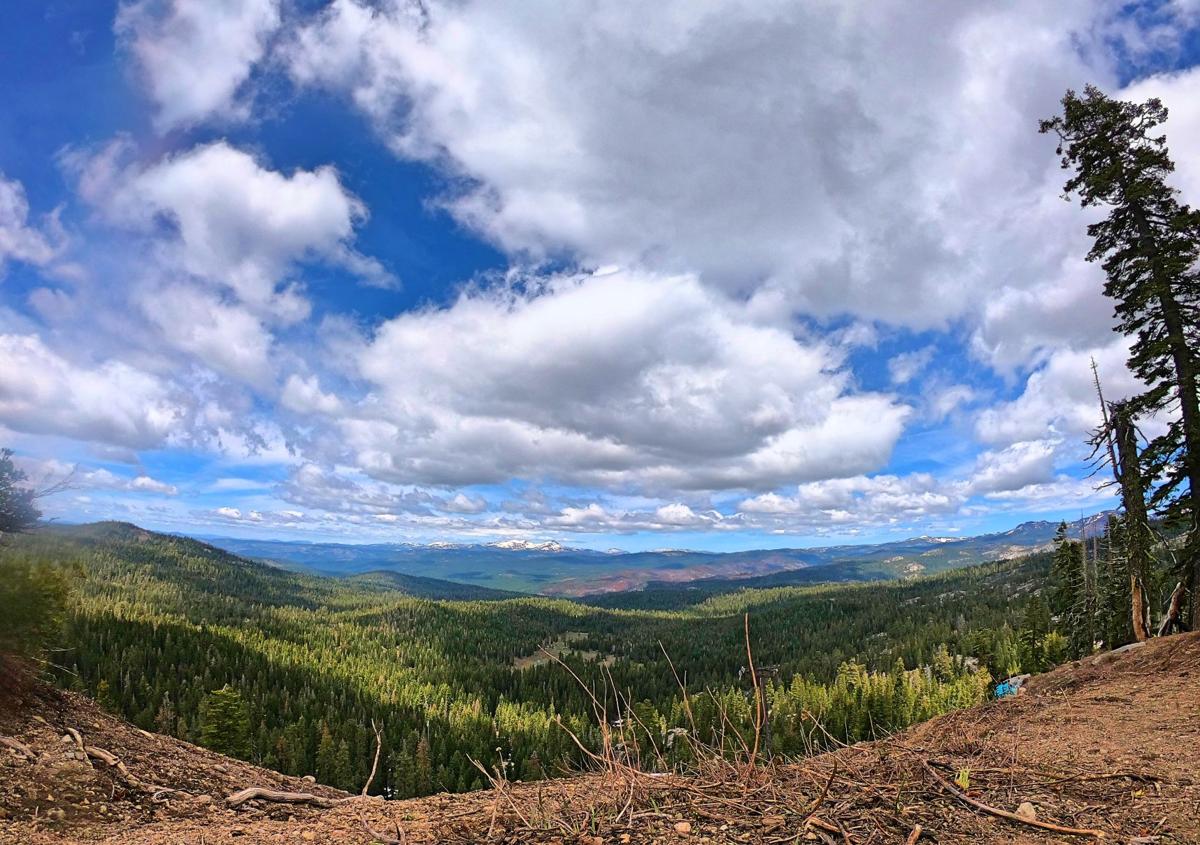 With the weather heating up by the day, more locals choose to visit the 6,000-7,000-foot elevation area of the Eldorado National Forest, where temperatures remain cool throughout the summer. For that very reason, Mother-Ruckers Dave Gebauer and Sarah Spinetta recently explored the abandoned Iron Mountain Ski Resort (formerly Silver Basin Ski Resort and Ski Sundown), which has been left to the elements since 1995.

In an unrelated conversation with Dave, an old abandoned ski resort called Iron Mountain was mentioned and Sarah had to go check it out. Gebauer learned to ski at Iron Mountain in the 1970s, when it was called Silver Basin, and local honors students also had the opportunity to learn to ski on these slopes.

“I remember being stuck on the lift for 45 minutes when it would break down during a snowstorm,” Gebauer said. “We used to ski all through the canyon. But it had all sorts of little jumps and was pretty cool. This takes me back a long ways, I think it was 1979 when I used to ski in here. Kirkwood had opened a year or so earlier, but you couldn’t get there because they would close the roads from snow, so this was the option for skiing. And it was only $10 to ski on Tuesdays.”

The ruck started at the top of the mountain, at 7,650-foot elevation, by the dilapidated structures and past charred ski lifts, trailing down to what used to be the Eagles Nest at 6,450 feet. The steep hill, though mostly clear of snow, made the trek more difficult with the running snowmelt streams, icy drifts and slippery mud. And on this trip, Sarah chose to leave her rucksack at home, opting to lug all of her gear and the food (nearing 35 pounds) on all sides of her body. That decision would come back to bite on the trip out, when the duo had to hike up two unrelenting steep inclines for an hour to reach the base point of Iron Mountain.

When Iron Mountain Resort opened as Silver Basin in 1970, it was one of the first ski resorts to open its slopes to snowboarders, drawing a huge volume of visitors. Other resorts quickly followed suit, however, and the novelty wore off.

Unfortunately, droughts during the 1970s began the snowball effect leading to the resort’s downfall in multiple bankruptcies, leading to thrice-renaming, a series of changing ownership, redevelopment and rebranding attempts, before it finally shut down in 1995. Many of the original existing structures, like the lodge, cabins and other buildings have been demolished, reportedly just since last year. Others continue to decay; subject to snowfall, urban exploring, mysterious fires and vandalism.

“You would ski down the mountain from the lodge, and then take the lift back up the mountain - it ran in reverse to what a typical resort would,” Dave said. “I learned to ski right here (on the Little Bunny Lift) when I was in my 20s.”

The incredible 1,700 acres of Forest Service land which the Iron Mountain Ski Resort lies upon are also a successful Sno-Park area, and the remains of the destroyed resort are slowly being removed to make the area more usable for visitors craving snowmobiling, snowshoeing, sledding, cross-country skiing, dog sledding, hiking and other activities. The absolutely stunning valley, where you could see for dozens of miles, is an experience unlike any other. Tahoe, Kirkwood, Castle Point, Shot Rock, Thunder Mountain and more can be seen from the vantage point on the cliff below the Eagles Nest.

But pieces of the resort remain, from the iron bases of the lifts, which regulated cables cemented into the ground to the few lift operating structures. Iron Mountain is remembered as a favorite childhood destination, a fun place to learn new skills and a trove of happy memories. The Sno-Park operates in the winter months and a permit is required to utilize the park. For more information about permits, call the Amador Ranger District of the Eldorado National Forest at (209) 295-4251. Iron Mountain Sno-Park is located at Iron Mountain Road, Kyburz, CA 95720.

Join Dave Gebauer and Sarah Spinetta, along with other guests, as they traverse through the natural beauty of Amador and Calaveras counties in Mother-Ruckers. Be sure to watch the accompanying Interactive News video available on Sarah’s YouTube channel to watch this week’s Mother-Rucking Interactive News video featuring Dave and Sarah hiking at high altitudes upcountry in the Mokelumne Wilderness. Look out for the next installment of Mother-Rucking to see what adventures we get up to.