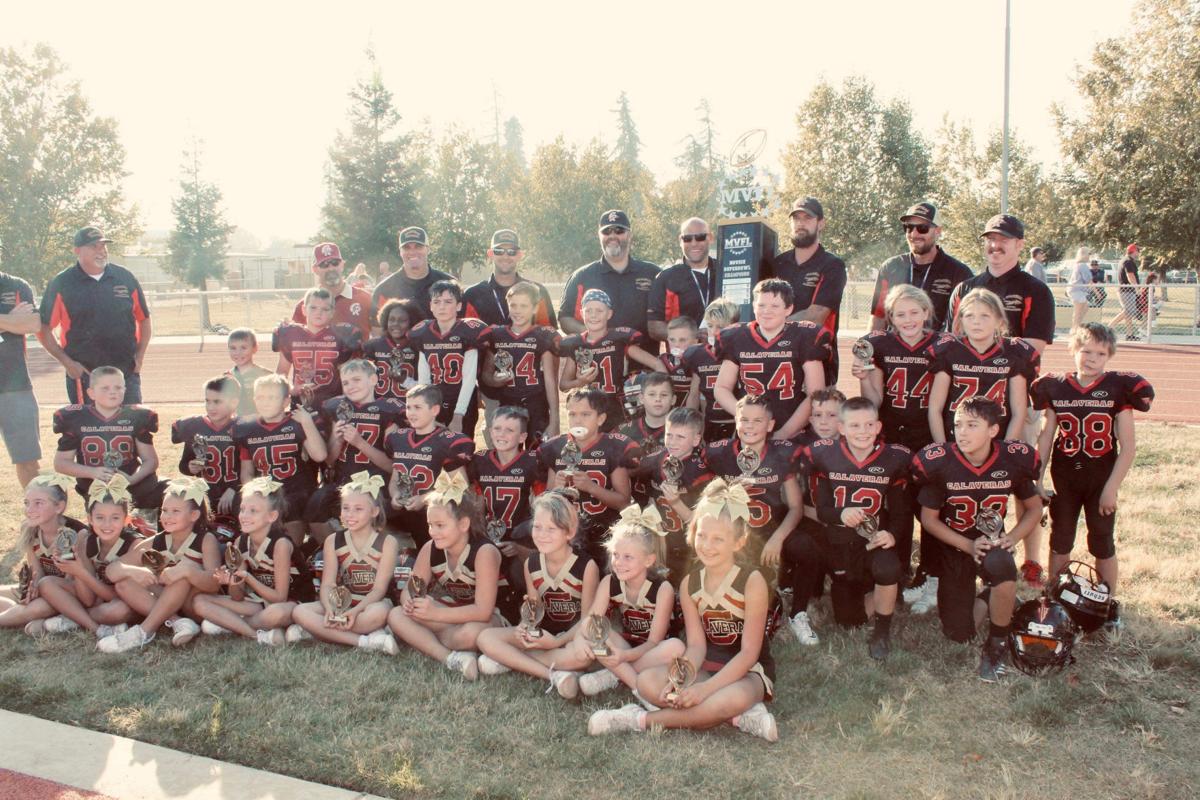 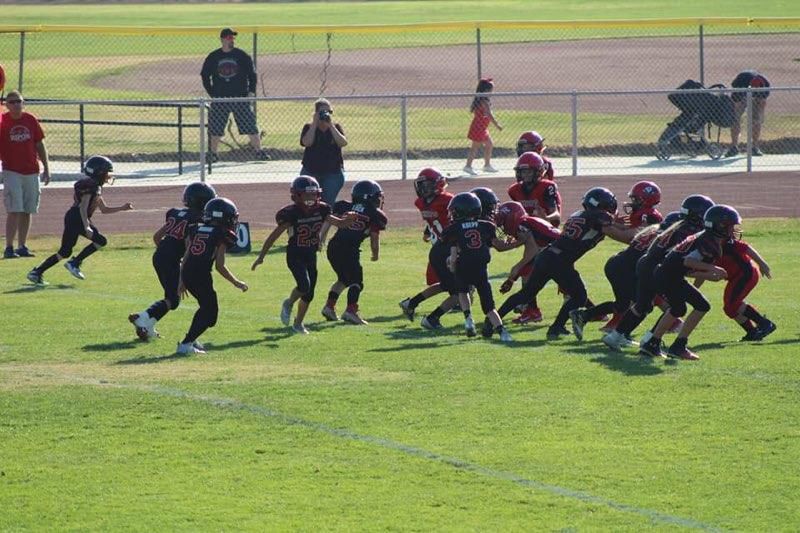 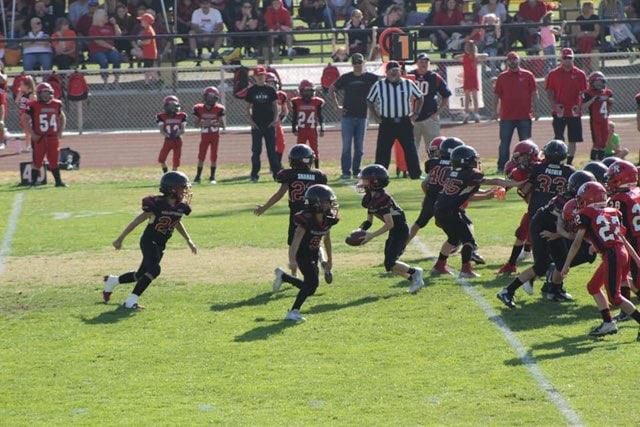 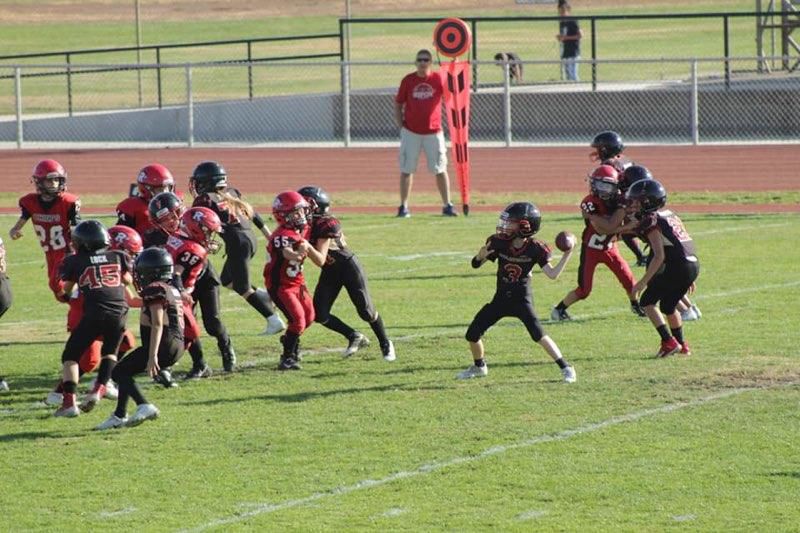 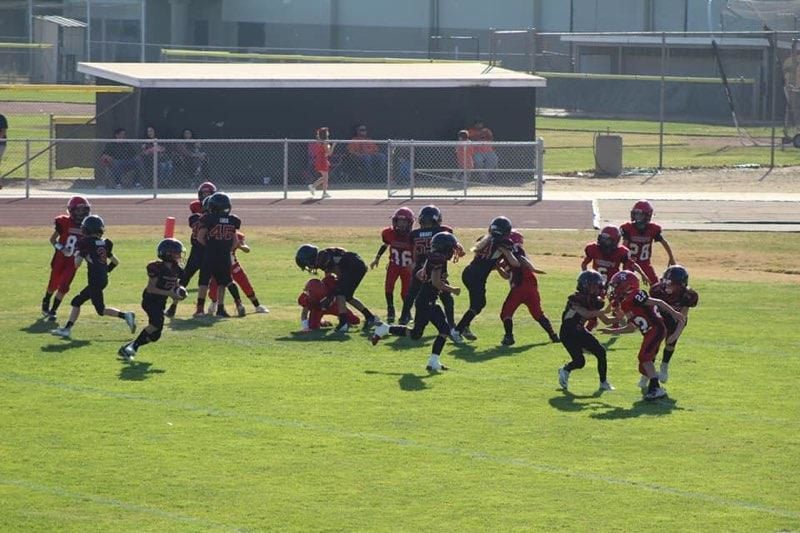 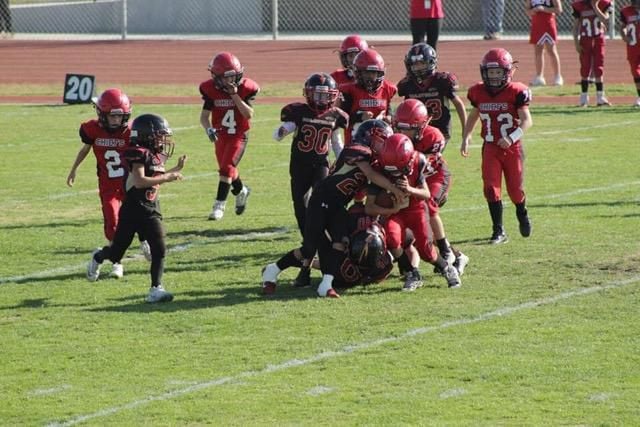 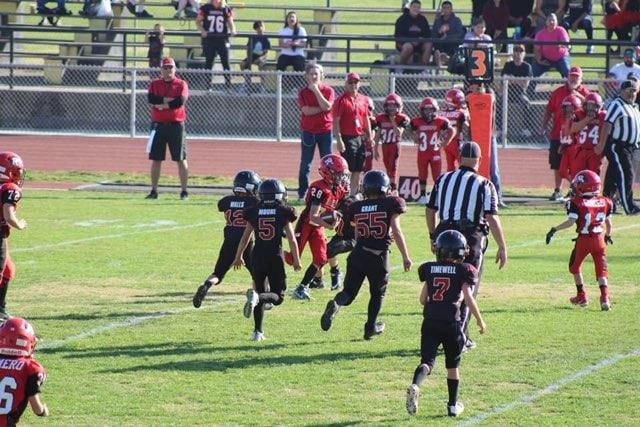 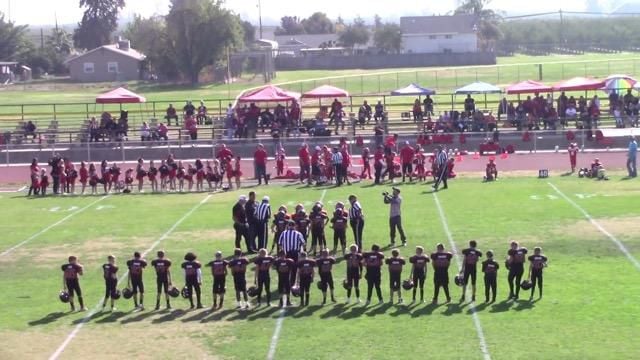 Taking on the Ripon Chiefs, Calaveras continued its season-long dominance on the defensive side of the ball, shutting down the fifth-seeded Chiefs in a 34-6 victory.

Calaveras finished the season with an 11-1 overall record and was seeded second in the MVFL playoffs. The Junior Reds posted six shutouts throughout the season and never allowed more than six points in a game.

In the Super Bowl against Ripon, Colton Ray and Corbin Moore led the defensive effort with six tackles each; Quincy Dyson had a sack; Junior Patolo had a fumble recovery; Titan Grant and Owen Shahan had four tackles each; and Austin Lock and Payden Long shut down the Chiefs’ outside running game from their defensive end spots.

“Everyone did their job and they did it very well all year long,” Calaveras coach Bobbi Walls said.

The MVFL season concludes with all-star games for the JV and varsity levels at 2 p.m. and 4 p.m., respectively, this Saturday, November 9 at Bret Harte High School in Angels Camp.

For the Argonaut Junior Mustangs, Isaac Cortez and Ian McElfish are JV all-stars.