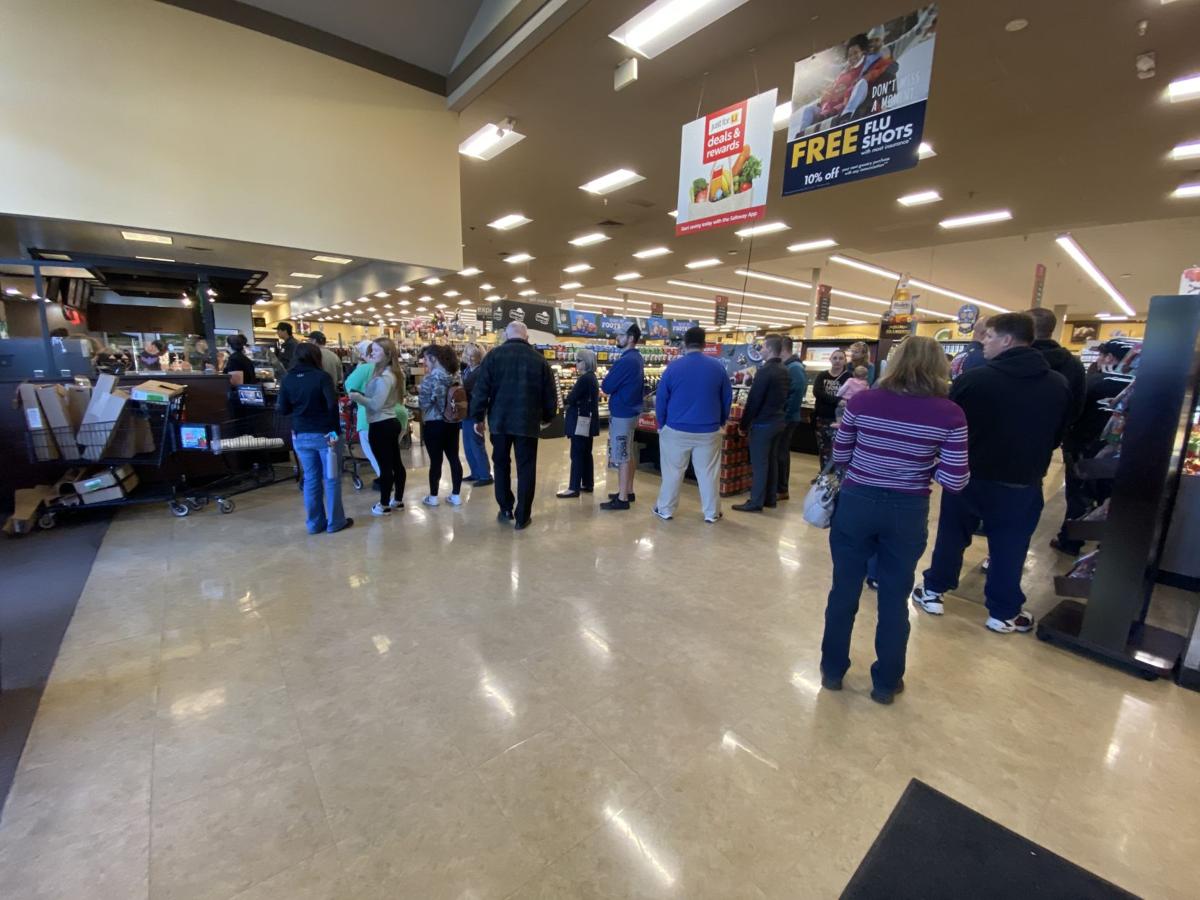 Long lines form inside Safeway as residents try to acquire caffeine to take the edge off the cold, power woes. 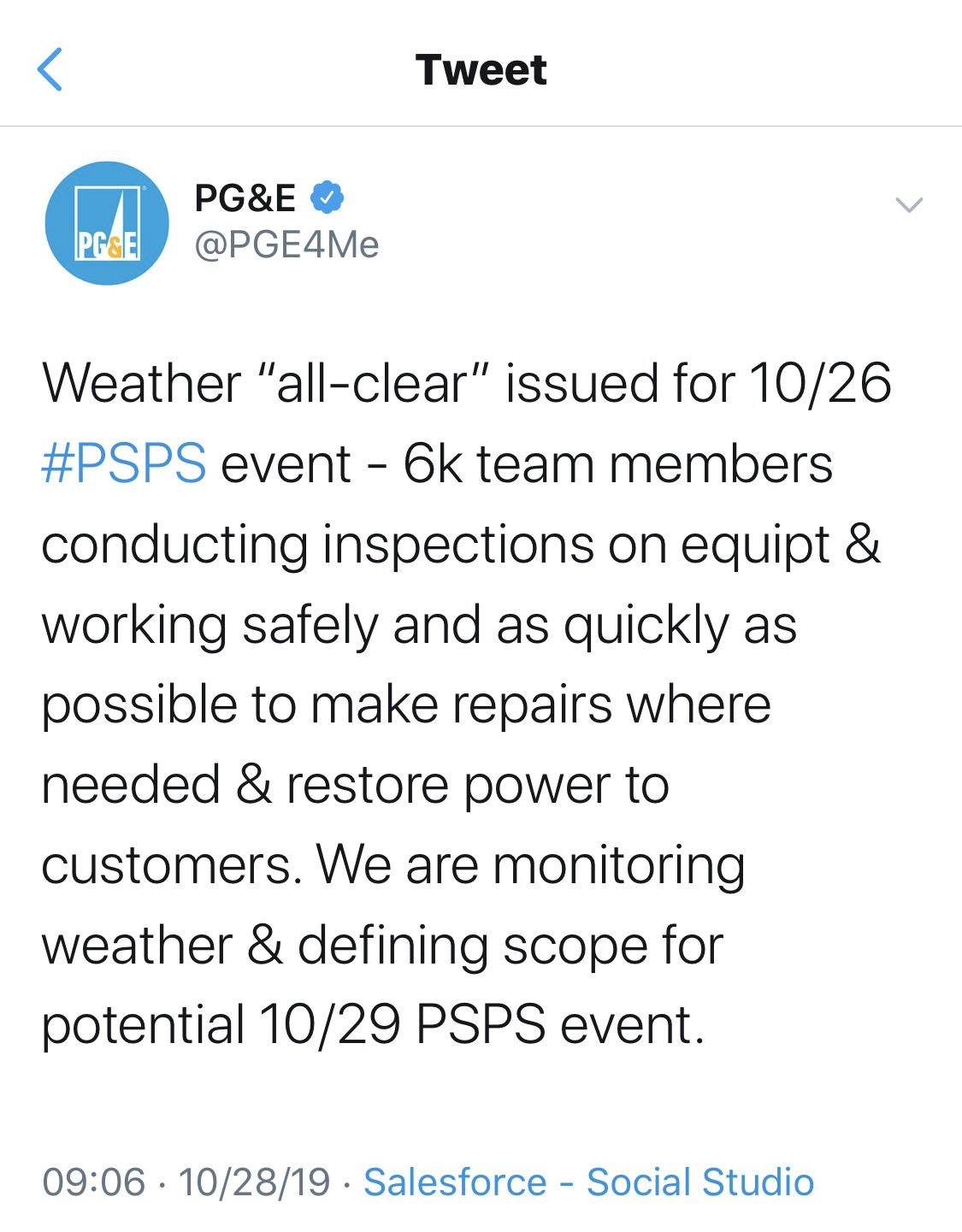 Long lines form inside Safeway as residents try to acquire caffeine to take the edge off the cold, power woes.

Pacific Gas and Electric issued the “all clear” for the Northern Sierras and North Coast communities still affected by the Saturday, October 26 Public Safety Power Shutoff. The utility had restored over 30,000 by 10:00 p.m. on Sunday, October 27. Additional “all clears” were issued early Monday morning and PG&E began inspecting and patrolling to get the power back on before the next PSPS likely begins on Tuesday, October 29.

PG&E is still attempting to remain within the 48-hour window but cautioned there may be significant damage requiring additional time and resources to repair ahead of power restoration. PG&E stressed they would attempt to restore power to as many customers as possible before the next potential PSPS. However, due to the dynamic weather conditions and high fire risk, some customers who are currently out of power may remain out throughout the duration of the next event.

Over 6,000 personnel have been deployed, 45 helicopters are staged in the impacted area but may be affected by the Kincade Fire in Sonoma County. PG&E has requested mutual aid from 1,000 workers with other energy companies and has secured the support of 129 personnel from Florida Power and Light Company, Imperial Irrigation District, ATCO Electric, Puget Sound and Consumers Power Inc.

The utility is closely following a third potentially strong, widespread dry offshore wind storm that could begin on Tuesday and last through midday Wednesday for Northern California. The event could be significant in scope and may impact approximately 35 counties across the Northern and Southern Sierra, North Bay, Bay Area and Santa Cruz mountains, North Coast and Kern County.

Kern County is expected to experience these conditions from late Tuesday night, through Thursday, October 31. PG&E stated they will continue to monitor conditions and will provide updates as they become available.

Pacific Gas and Electric stated Sunday night that it was able to begin patrols and inspections in the northern Sierra, northern valley and alo…