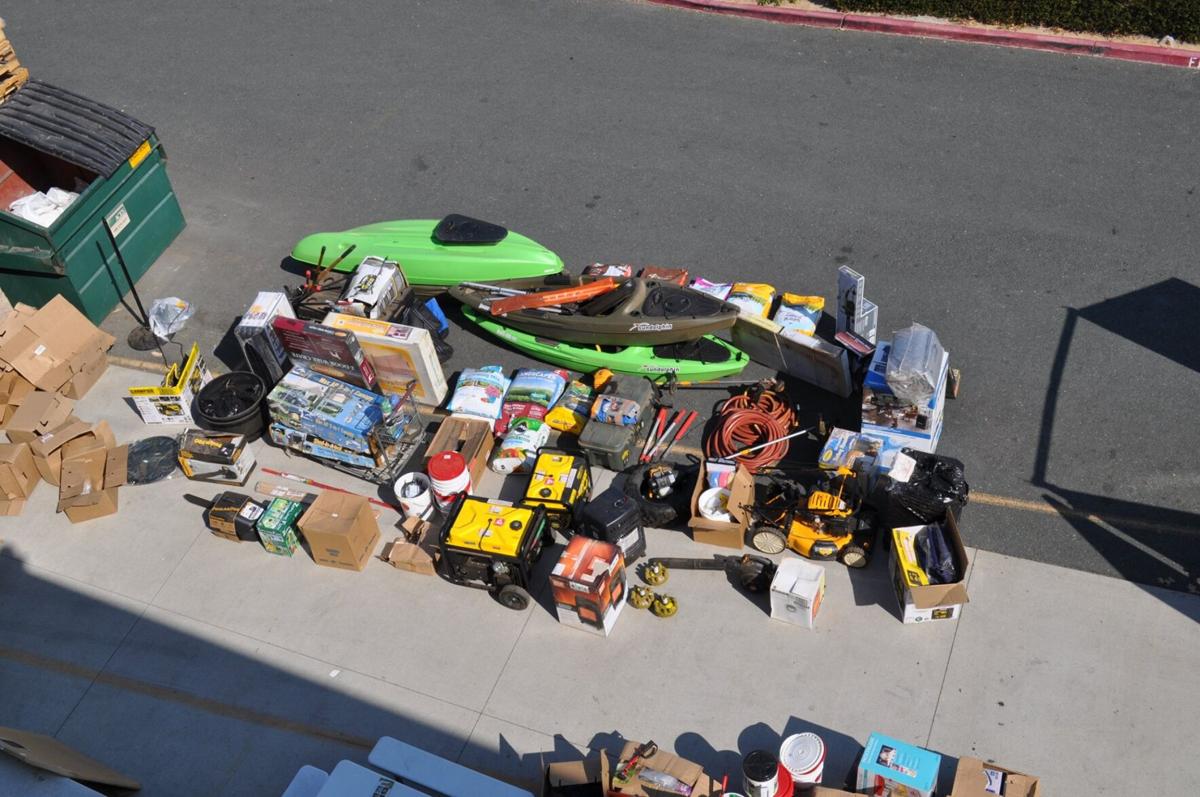 Some of the items recovered by ACOS Deputies and Crime Scene Investigators from the residence of Douglas Keeter of Pine Grove. Many items were stolen from Tractor Supply in Jackson, where Keeter works as an Assistant Manager. 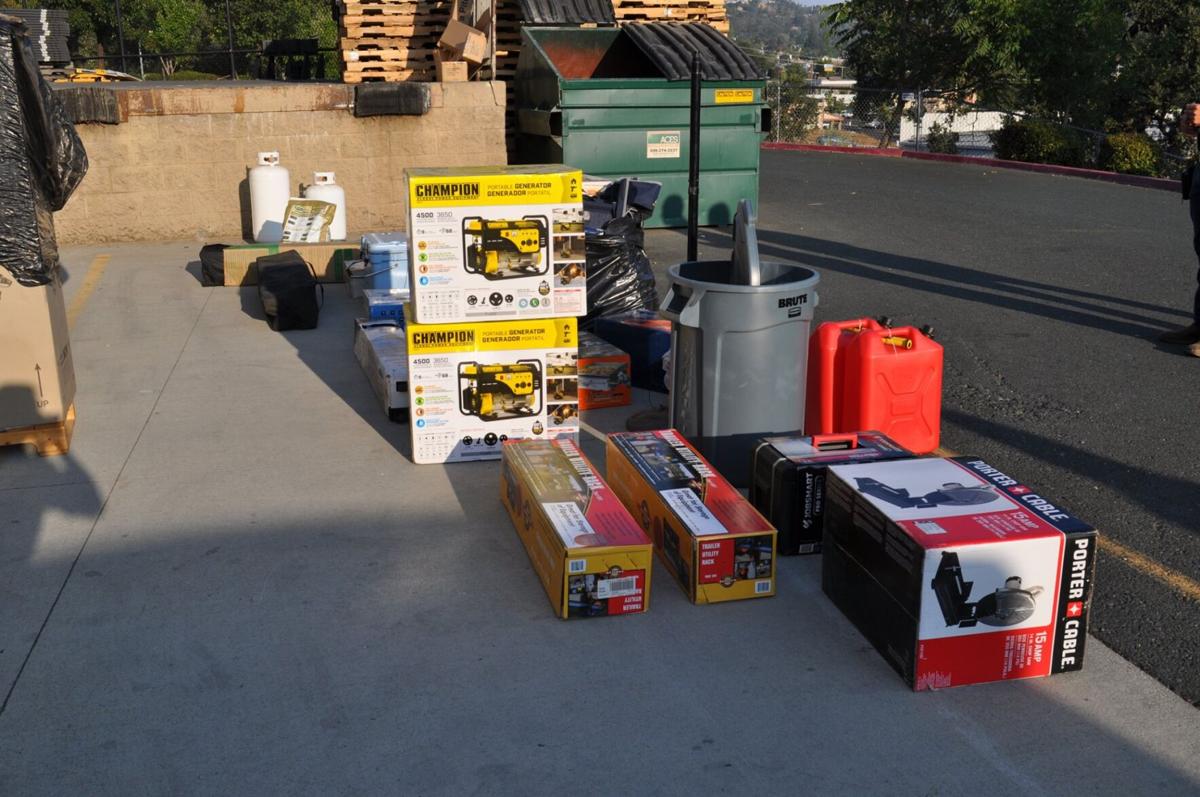 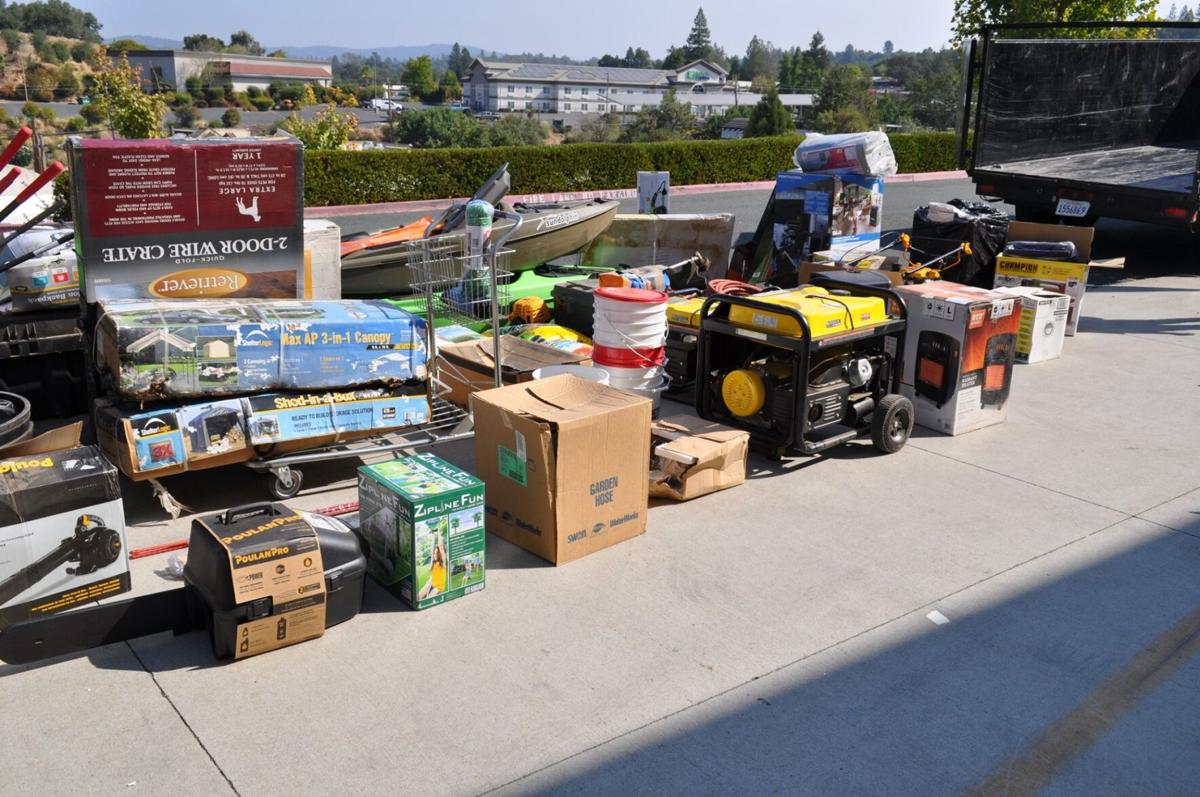 Some of the items recovered by ACOS Deputies and Crime Scene Investigators from the residence of Douglas Keeter of Pine Grove. Many items were stolen from Tractor Supply in Jackson, where Keeter works as an Assistant Manager.

On Thursday, October 1, members of the Amador County Combined Narcotics Task Force, along with Amador County Deputies and Amador County Probation Officers executed a search warrant at a residence in Pine Grove. During the search, they discovered an illegal marijuana cultivation site consisting of 448 marijuana plants along with a hidden firearm. The grow was being leased from the owner and tended to by the Mexican Cartel.

During a search of the residence, deputies discovered numerous tools, clothing and miscellaneous items from a Tractor Supply Store. The majority of the items were still in the original packaging or still had the store tags on. The home owner, 55-year-old Douglas Keeter of Pine Grove is an Assistant Manager of Tractor Supply in the City of Jackson.

Deputies met with the manager of Tractor Supply and determined the items were likely stolen. Another search warrant was drafted and served at the residence. Deputies and Crime Scene Investigators processed the scene and recovered two trailers full of stolen merchandise.

On Tuesday, October 6, ACSO detectives and CSI personnel processed all of the items with the assistance of Tractor Supply Corporate Management. It was determined more than $30,000 in stolen property was recovered. Detectives are actively looking into Keeter’s eBay account and other bidding platforms and applications as it is suspected he previously sold approximately $18,000 worth of merchandise on eBay.

This investigation is still ongoing. Charges of embezzlement, burglary and possession of stolen property will be forwarded to the District Attorney’s Office upon the conclusion of the investigation. ACCNET is still conducting its investigation into the illegal marijuana grow.