You have permission to edit this article.
Edit
Home
News
In the Game
Roots
On the Vine
Real Estate
Multimedia
Announcements
Place an Ad
Marketplace
Archives
1 of 5 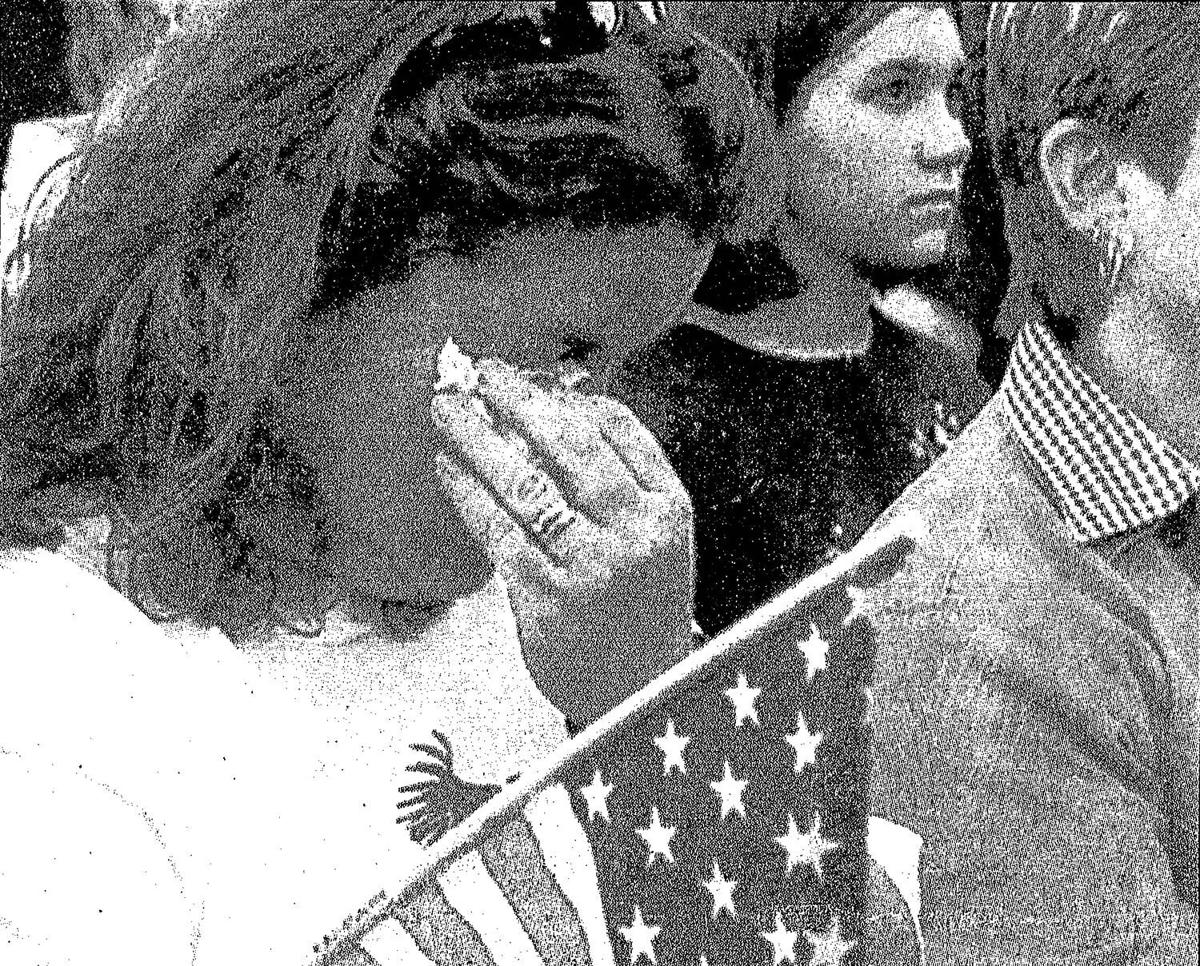 More than 100 Amador County citizens gathered for a candlelight vigil at Amador High School and to comfort one another just days after the September 11, 2001 tragedy. 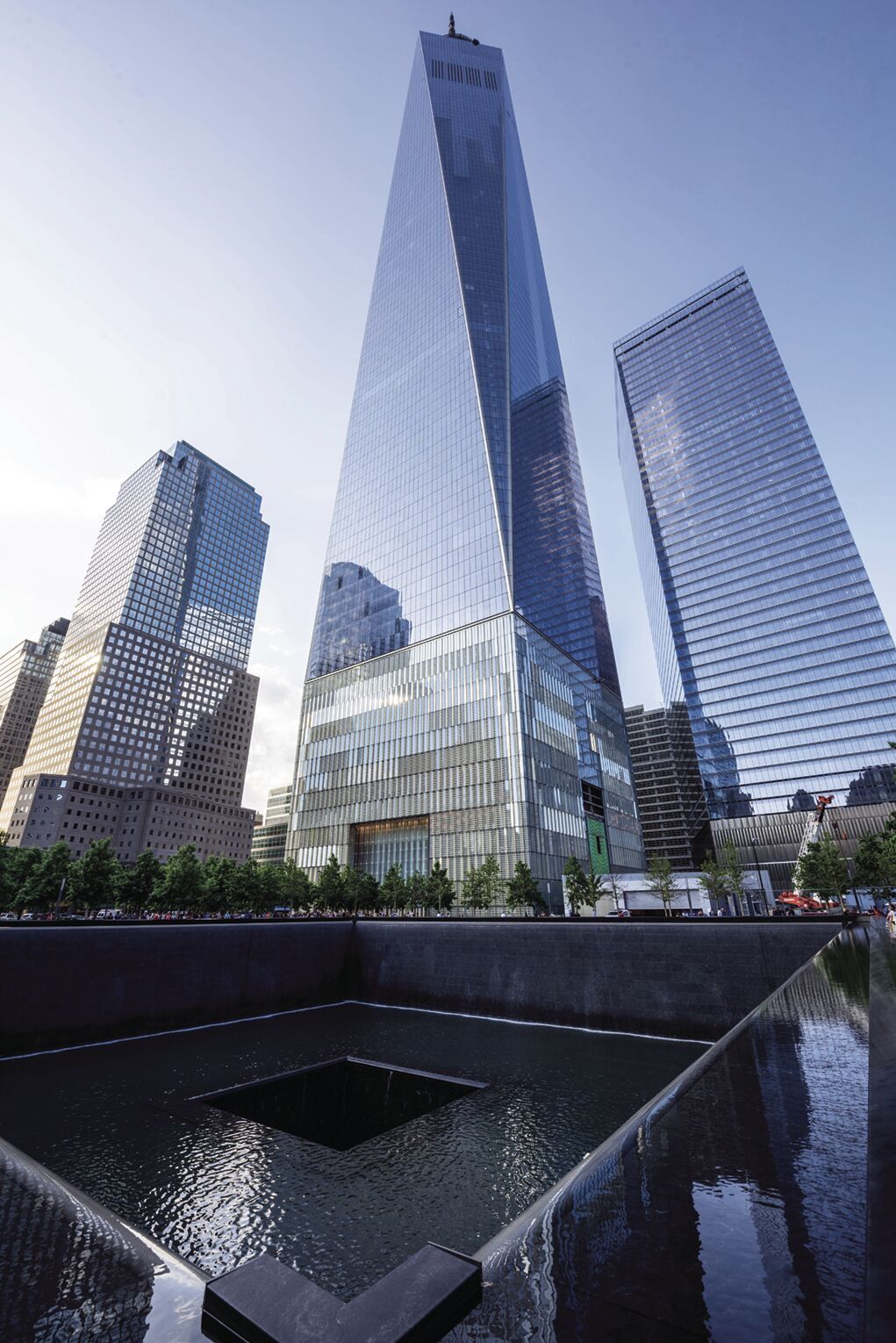 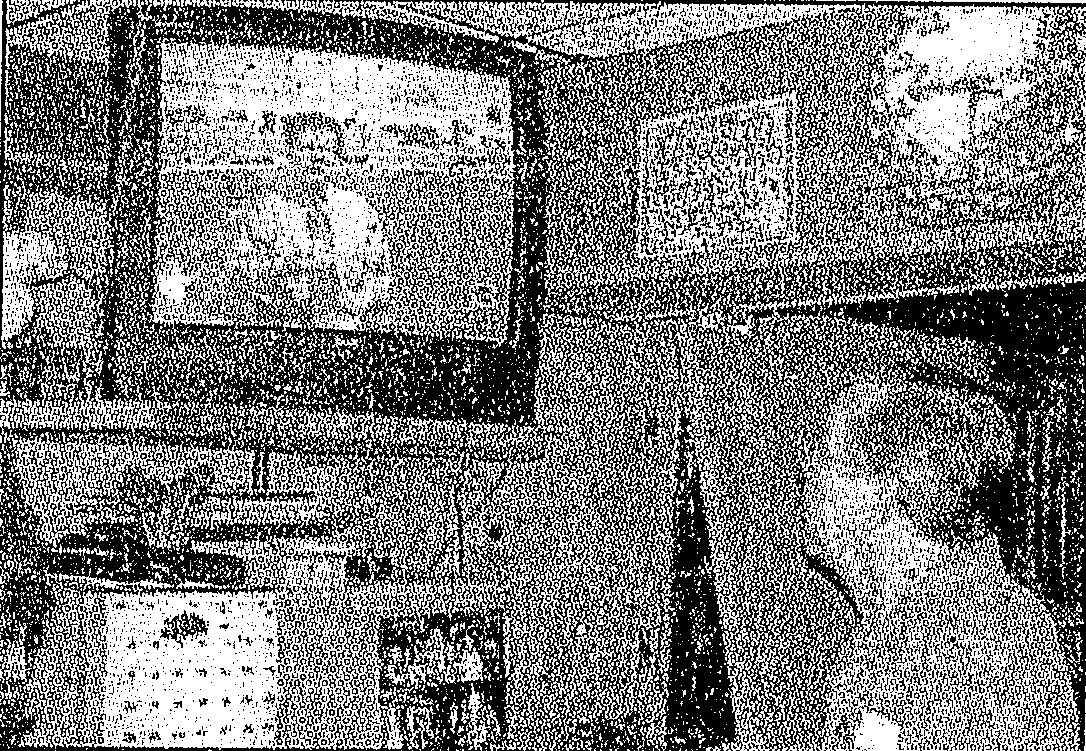 Dick Harrison watches television on September 11, 2001 at the Main Event bar in Jackson, where a number of customers were following the attack on America as the story unfolded. 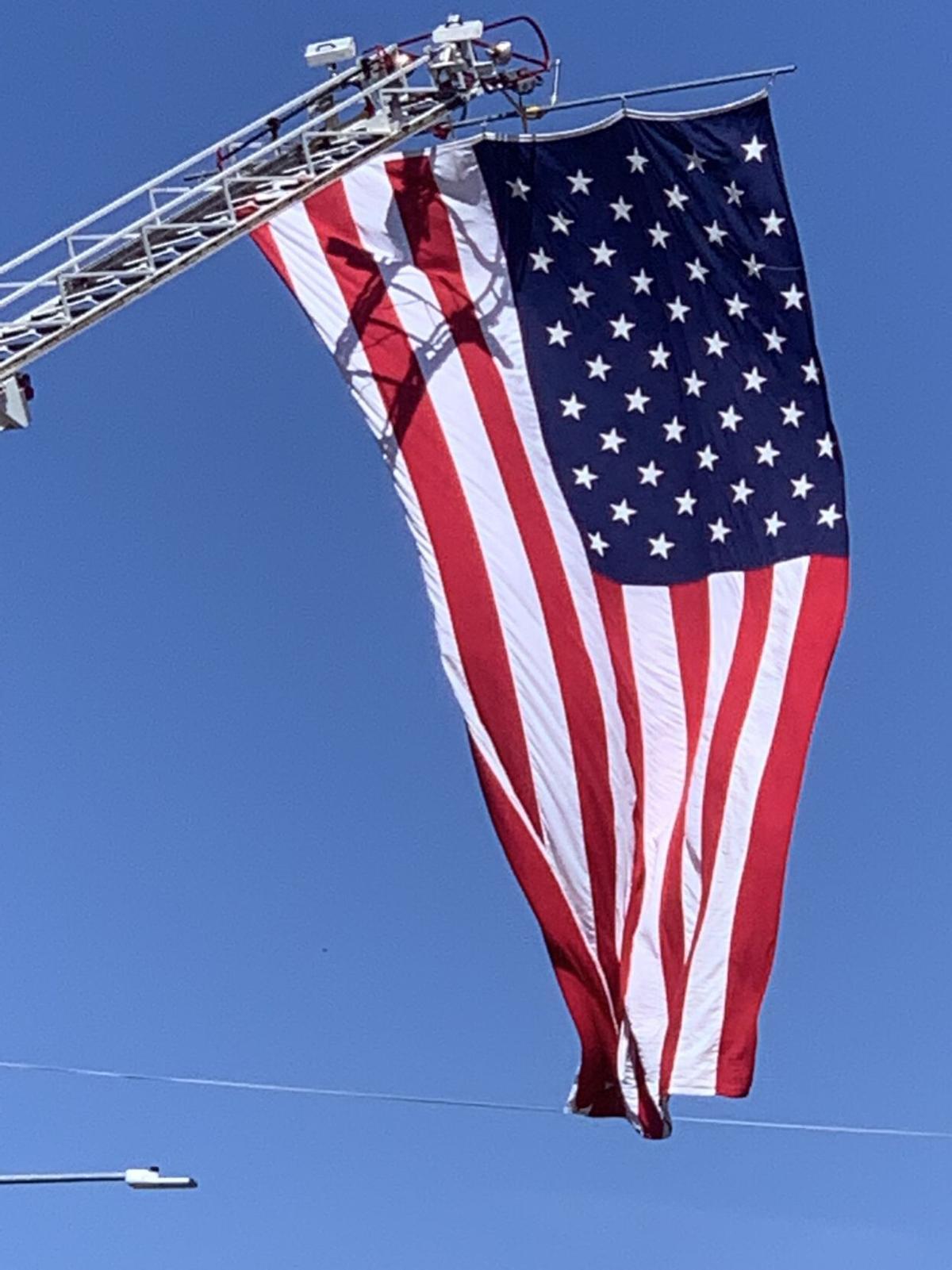 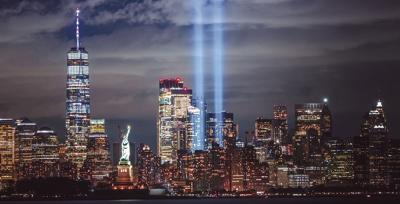 This Saturday marks the 20th anniversary of the September 11, 2001 terrorist attacks on America. In recognition, the Ledger Dispatch invited some members of the Amador County community to share their recollections of that tragic day.

Ledger Dispatch question: What were you doing when you first learned of what happened on September 11, 2001?

“I was in high school and can vividly remember sitting in my morning math class when hearing that a plane had run into the World Trade Center … at that time some of the more experienced teachers on staff had TVs with news channels on them and we actually sat in class and watched in silence as the rest of the situation unfolded. It was eerie in the class, which was not typically a quiet classroom. It was silent that day.”

Richard Forster (On September 11, 2001, the current Amador County District 2 Supervisor was serving his first year in that position):

“I happened to be at home early that morning looking over county documents and had the “TODAY” show on. I watched the horror of the jets going into the towers. My reaction was grief for the victims and shock that something like this could happen on our turf.”

‘This was my generation’s Pearl Harbor ...’

Todd Riebe (The current Amador County District Attorney was also serving in that position on September 11, 2001):

“I was loading up my four children into the car for day care, kindergarten and elementary school, when I first heard about what had happened in New York. My neighbor Bill excitedly said, ‘Did you see what happened in New York with the World Trade Center building?’ I replied that I hadn’t and he had me watch on his television the scene of a plane lodged in the building with fire and smoke emitting from it. At first, we both thought that the building could withstand the attack. I left to take the kids to their respective destinations and heard the radio coverage. Of course, things got dramatically worse. The second WTC Tower was attacked and both collapsed causing the deaths of unknown thousands of people. Two other planes had been hijacked, one crashing into the Pentagon and the other crashing into a field in Pennsylvania. America was under attack. How could this happen? I have never heard or seen anything like it before or since and hope I never do again."

Jim Rooney (The Amador County Assessor since 2003, Rooney was working in the Assessor’s Office on September 11, 2001):

“It was early morning and I just turned on the television to watch the news. The reporters said an airplane had hit one of the Twin Towers in New York and were showing the smoke coming from it. I remember thinking that it was probably a small plane that broke a few windows and bounced off. As I was watching, a second plane hit the other tower with a huge fireball and I immediately thought that I hadn’t turned on the news, but rather was watching a movie and that the movie producers made the ball of flame look very real. When I changed stations the reality of the situation became very clear.”

Ledger Dispatch question: In the early stages of the day, when it became clear what was occurring were acts of terrorism, do you recall any fear/concern about the possibility of something happening locally?

Forster: “I did not have concern for things happening locally. The acts of terror seemed isolated to the Eastern part of the country and our local law enforcement went on high alert immediately because of the unknown.”

Riebe: “I did not believe that something would happen here in Amador County. I did believe that perhaps certain cities in California may be targeted, such as Los Angeles, San Diego, San Francisco or Sacramento.”

Rooney: “When news of another plane hitting the Pentagon came in and the sight of the buildings collapsing is when the real impact of the terror was felt. Later when Flight 93 crashed in the field in Pennsylvania it seemed apparent to me that people were now being vigilant and Americans weren’t going to allow more to happen when they had the power to stop it. There was never any concern that anything close to this could happen locally.”

Ledger Dispatch question: What stands out to you from that time now in regards to the reaction locally and nationally?

Cagle: “I remember the rest of that school day turned into a discussion about humanity and values and we just had the opportunity to share anything that was bothering us that day. There were so many mixed emotions amongst my peers, everything from fear, to immediate concern for family on the east coast, and even to a point anger.”

Forster: “Any time there are acts of terror or catastrophes in the United States, our citizens across the nation come together to support those affected and their families. This time was no different. I was appreciative of the many first responders from Northern California, who traveled to ground zero to assist in recovery efforts.”

‘America had been attacked and people of all colors, creeds and political persuasions joined together in solidarity, however brief ...’

Riebe: “Looking back, what stands out about that time now was the sense of unity that bound us. America had been attacked and people of all colors, creeds and political persuasions joined together in solidarity, however brief, in our grief, our anger and our hope. Locally, the day after the attack, I joined several teachers, administrators and the late District 5 Supervisor Mario Biagi at a public get together at Amador High School to discuss our thoughts over what had just transpired. It was a very cathartic and unifying exercise that was helpful in allowing us to process the unimaginable. I remember how struck I was at the bravery of the first responders who rushed into the WTC Towers to save others, even as others were running out, willing to sacrifice all for others.”

Rooney: “What stands out to me is how resilient this country is. But that is both good and bad. The country was shocked and wounded, but we didn’t go try to hide and fade away. Rather, we gathered ourselves and went after those who were responsible. That was good resilience. The bad side of resilience is that, over time, we tend to go on with our lives and forget how much certain people hate us and want to hurt us. We do need to go on with our way of living, but we must also stay vigilant.”

Ledger Dispatch question: Is it surprising to think that 20 years have passed since that day, and have your memories/thoughts of that day changed at all through the years?

Cagle: “I can’t believe that 20 years have passed. It was such a clear memory that it feels so much closer than that.”

Forster: “Twenty years is really the blink of an eye. 9/11 seems like it was yesterday to me and I will never forget the horrific acts perpetrated against us. That day changed the way we live and removed the cloak of naivety from our citizens who believed we were immune to such acts on our own turf. This was my generation’s Pearl Harbor and I want future generations to know what happened, lest the mistakes of our past are bound to occur again.”

Riebe: “Twenty years is a long time, but I still remember vividly the horrible visual images and stories of those who survived and those who passed away. I’ve seen several documentaries and movies and read articles and books of the events that have moved me and provided a better understanding of that fateful day. Ironically, the U.S. war in Afghanistan, which was started to disable the terrorist movement(s) responsible for 9/11, just ended. While personally, I agreed that we needed to end the 20-year war in Afghanistan, the retreat has itself left painful memories and scars that will haunt future generations, much as 9/11 has left for past generations of Americans.”

Rooney: “It is surprising how fast the 20 years have passed since that day. All of our high school students and many of our college students were not even born yet and many of us have become rather complacent. Fortunately, we have the images and sounds that can still stir the emotions and let younger generations know that freedom and security are tenuous. Those images and sounds can also stir our emotions to fight complacency. My hope is that this is the last of this type of attack on our soil, however, I fear that it will not be the last and another attack could be more devastating. I don’t think our area will ever be directly attacked, but an attack on any part of the United States is truly an attack on the whole country and affects all Americans.”

Like so many others in Amador County, Phil Allen was still in bed in the early-morning hours of September 11, 2001, when Flight 11 hit the Nor…