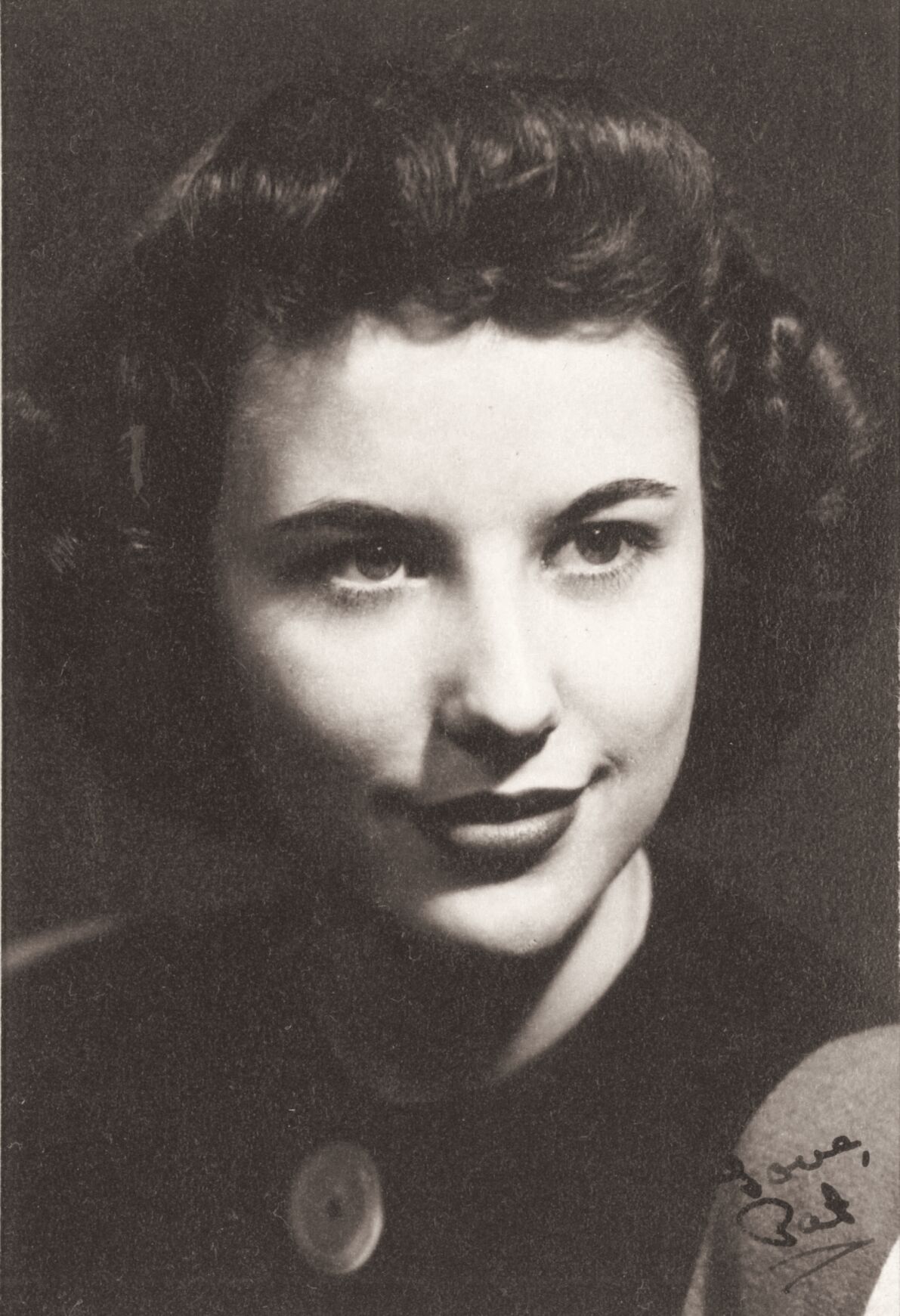 Patricia Dean Giurlani, given name "Patsy Dean," was born to Porter Jack Callahan and Nellie Dean (Callihan) Callahan on July 29, 1929 in Walsh (Baca County) Colorado. She was the eighth of nine children born to the couple over 23 years of child bearing. She was the last surviving member of her family.

Her paternal great, great, great grandfather John Callahan was born in Dublin, Ireland in 1702 and immigrated to Hagerstown, Maryland, United Colonies in 1722. Her grandfather Andrew Jackson Callahan and three of his brothers served in the Union Army during the Civil War. Two of Pat's older bothers died young, Charles in an automobile accident at the age of nine and Porter Jack, a U.S. Air Force pilot, died in a mid-air collision during WWII in Sicily at the age of 23.

Times were tough in southeastern Colorado during The Dust Bowl of the 1930's and the family moved several times before settling in Delta, Colorado. Pat was a high school cheerleader and played stand-up bass fiddle in the band. She had an interest in nursing and as luck would have it, her sister Mary Alice and her husband Jake Broyles were living in Sacramento, CA. They offered her the opportunity to live with them and attend Sacramento City College. While taking nursing classes, she met a young woman from Jackson, CA whose name was Connie Spinetti, she was also taking nursing classes. One weekend, Connie invited Pat to Jackson and so it was that Pat and Connie went to Jackson that weekend with a young man who was also attending City College and had a car. His name was Paul Giurlani.

What happened after that could only be called a whirlwind romance. Pat and Paul traveled to Colorado in the late summer of 1948 to ask Pat's parents for her hand in marriage. The request was granted and they were married in Aztec, New Mexico on October 14, 1948.

The young couple returned to Jackson where Pat intended to continue pursuing her nursing career. That was not to be as Pat soon discovered she was pregnant. Their first child Teresa was born on July 3, 1949. She was followed by Phillip, Joseph and Alicia, all in a span of less than five years. The following 20 years were spent raising her children, running the household and assisting Paul with his two jobs. She was great at helping with homework, providing guidance and encouragement not only to her children but any young person in need and preparing tasty meals out of not so promising ingredients.

Pat's life changed dramatically in 1976, when Paul's mother, Teresa, passed away. She became an integral part of the family restaurant. She shined in the kitchen, where she not only prepared the traditional dishes, but developed some of her own, especially desserts. She became the face of the business as a hostess where she greeted and engaged customers coming in to dine. Pat also counted the receipts and paid the bills. It could have been called Pat's Place during her time.

With Paul's passing in January 2000, the family restaurant found itself on shaky ground. There was a feeling of loss of purpose and a lack of enthusiasm to move forward. Who would lead the family out of this dark time? Who could show the determination to move forward, lead by example and bring hope where there was only despair? Our mother, Pat Giurlani.

Pat was an excellent cook and seamstress. She was a fierce bridge player, a voracious reader and lifelong San Francisco Giants fan. Her kindness, advice and sense of humor will be sadly missed by all that knew her.

Interment will be private. A celebration of Pat's life will take place at Teresa's Place on Labor Day September 6th. The restaurant will also celebrate its 100 years of doing business in Amador County. All friends and our patrons are invited to this event.

Donations can be made to the Paul Giurlani Memorial Golf Scholarship Fund (Jackson Rotary), Hospice of Amador County, Amador County Historical Society or an organization of the donor's choice.

A special thank you to Silva Garcia, whose loyalty, compassion and love made our mother's later years meaningful. Condolences can be made by visiting www.danerimortuary.com and signing the guest book.