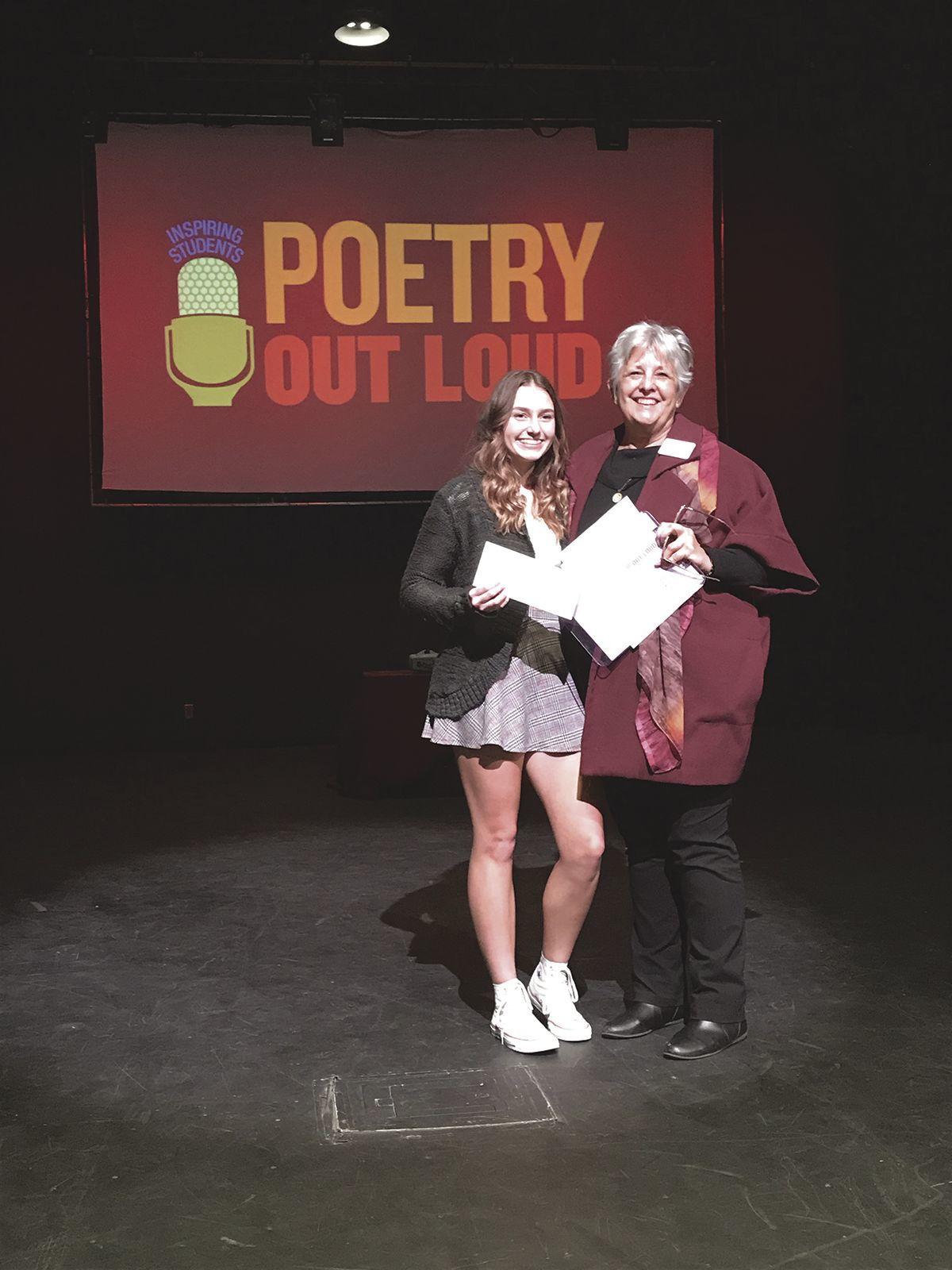 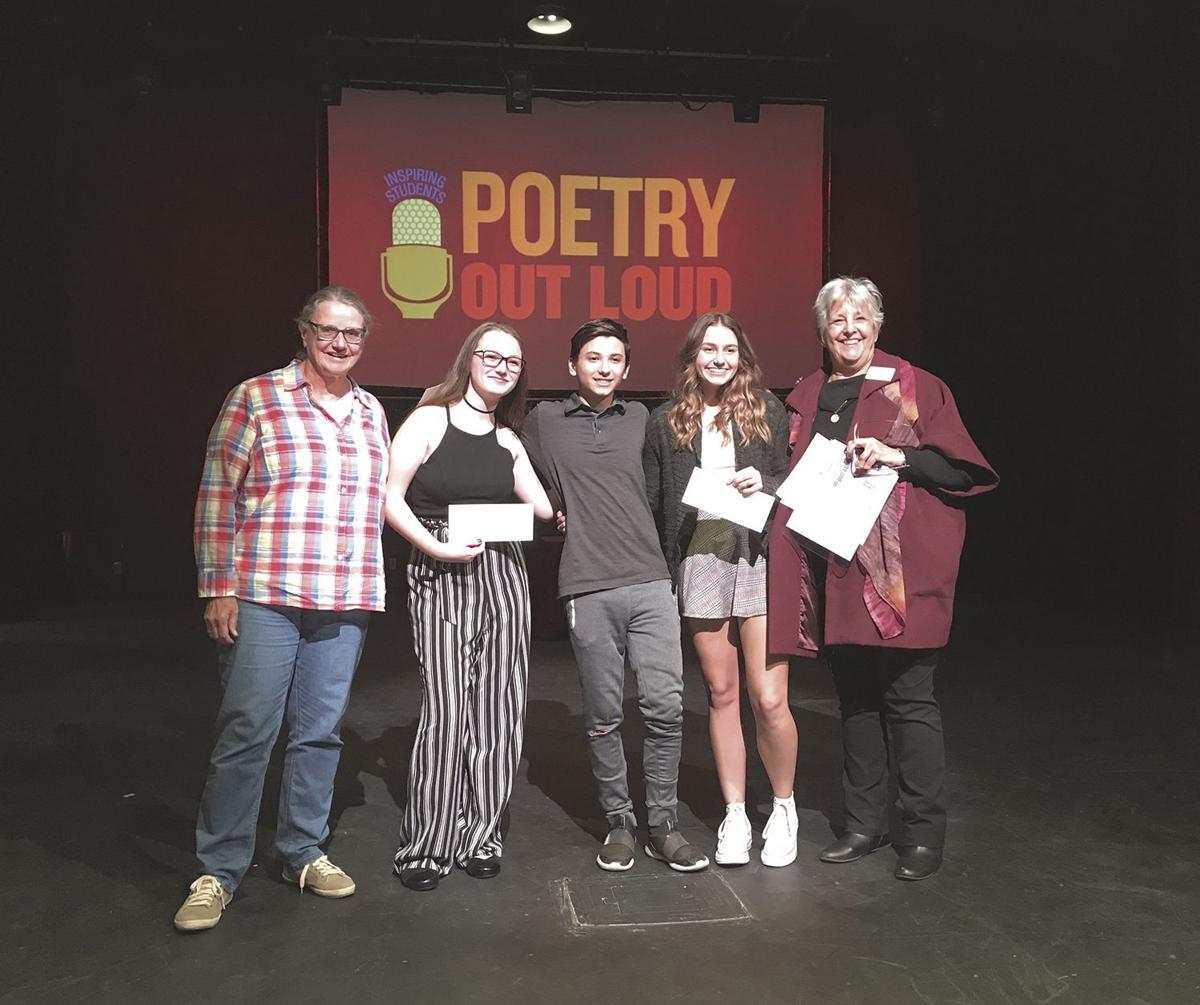 On the evening of February 4, Calaveras and Bret Harte High School students competed to find out who would represent Calaveras County at the California state championships. Congratulations to Junior Sydney Button (CHS), who took third place for “Lunar Baedeker” by Mina Loy and his spooky rendition of “The Conqueror Worm” by Edgar Allen Poe. Junior Grace Daniels (CHS) took second place with “Echo” by Daryl Hine and “Acquainted With the Night” by Robert Frost. In first place, sophomore Sage Miller (CHS) riveted the audience with her rendition of the poems “Tonight I can almost Hear the Singing” by Silvia Curbelo and “Diameter” by Michelle Y. Burk. Sage will head to Sacramento on March 15 to compete against students from around the state.

Poetry Out Loud, presented by the Calaveras County Arts Council in partnership with the California Arts Council, the National Endowment for the Arts, and the Poetry Foundation, is part of a national program that encourages high school students to learn about great poetry through memorization, performance, and competition. Students first compete at a classroom level, then in front of five judges at each school; the top scorers advance to a county wide level. The winner at the county competition advances to a state competition in March, where they compete to go to the national finals in Washington, D.C. Prizes at that level are substantial; the  national champion wins $20,000 and the runner-up wins $10,000.

Poetry Out Loud Coordinator Ingrid Hjelmervik congratulated the contestants from CHS and BHHS for their participation, as well as the teachers who supported the program, and she offered special thanks to Ms. Ann Mazzaferro for providing the CPAC for the competition.

Kathy Mazzaferro, executive director of the Arts Council, said, “We congratulate all the participants on a job well done. We look forward to supporting our Calaveras champion Sage at the state competition in March.”