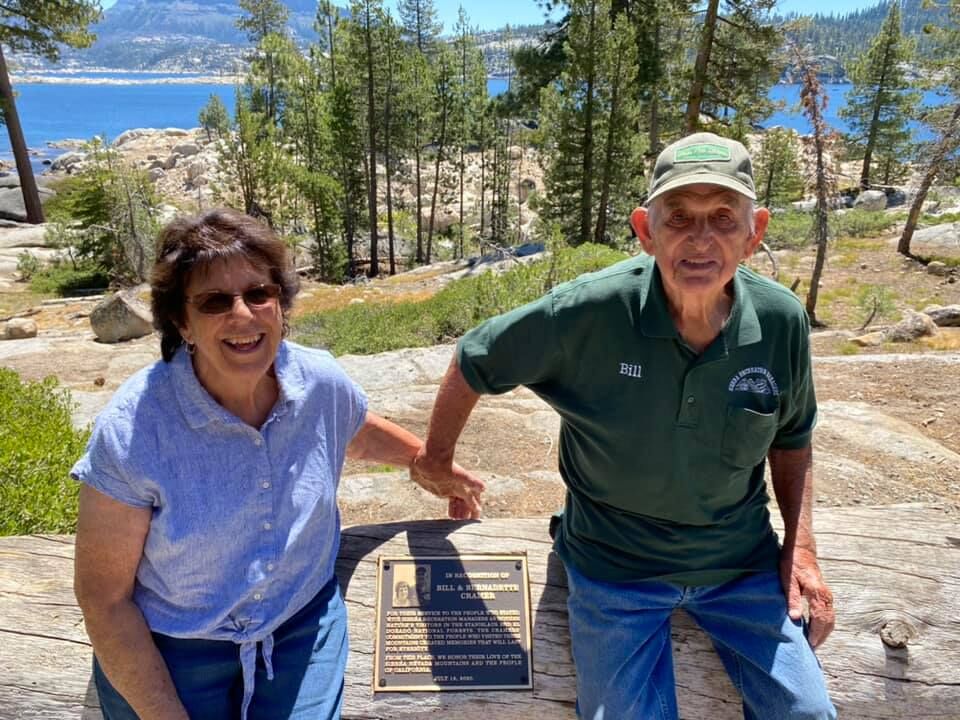 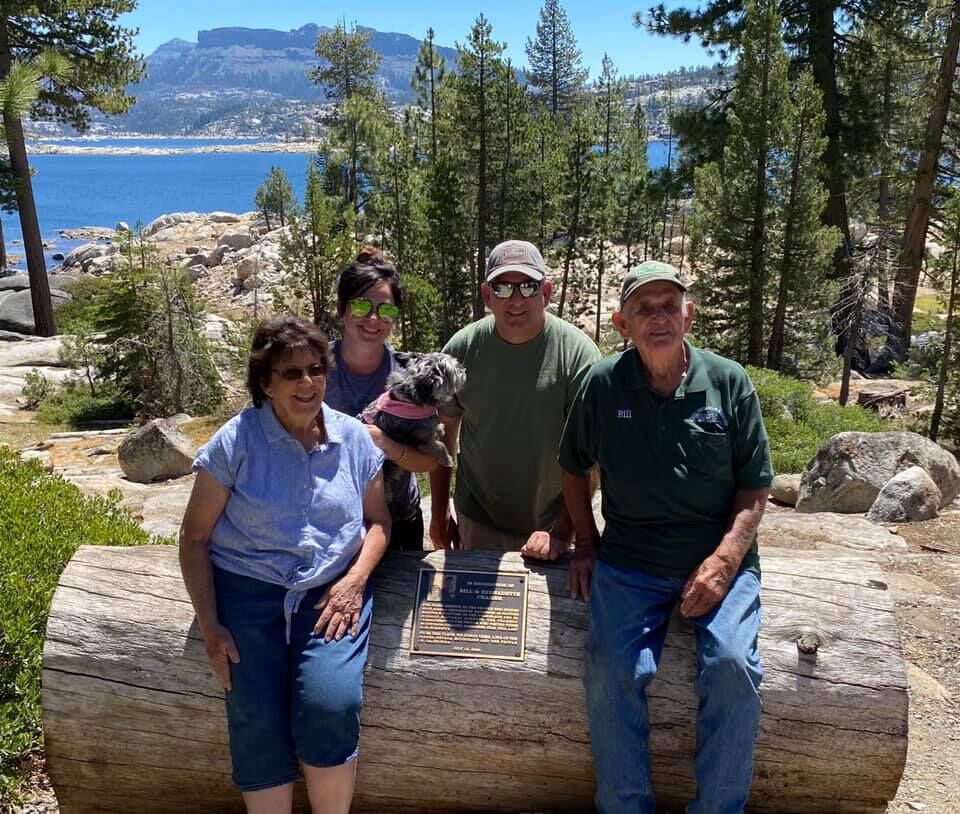 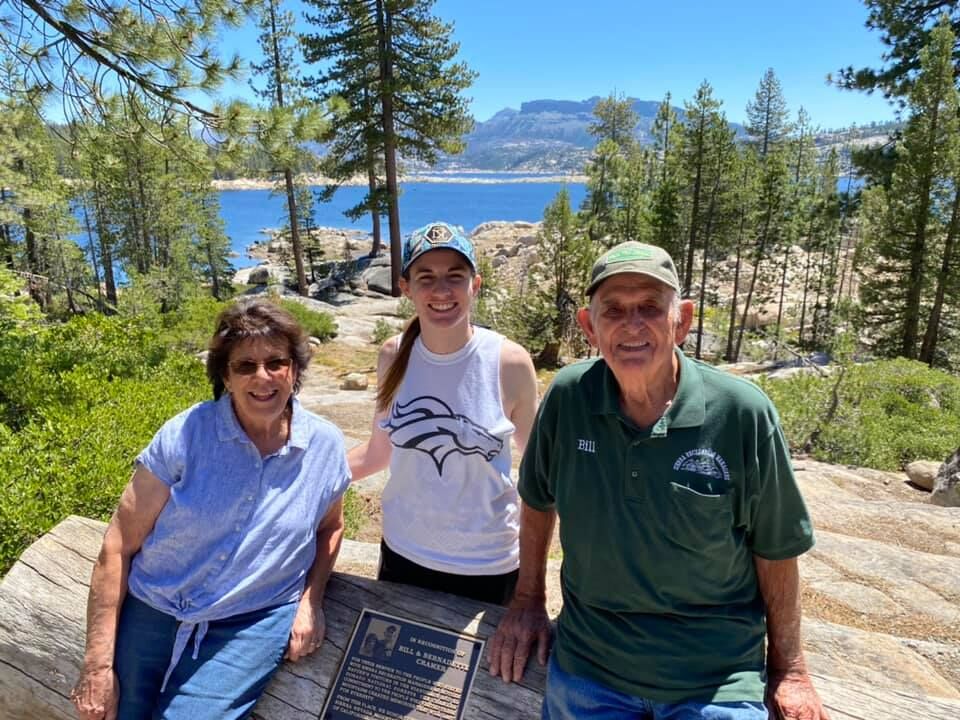 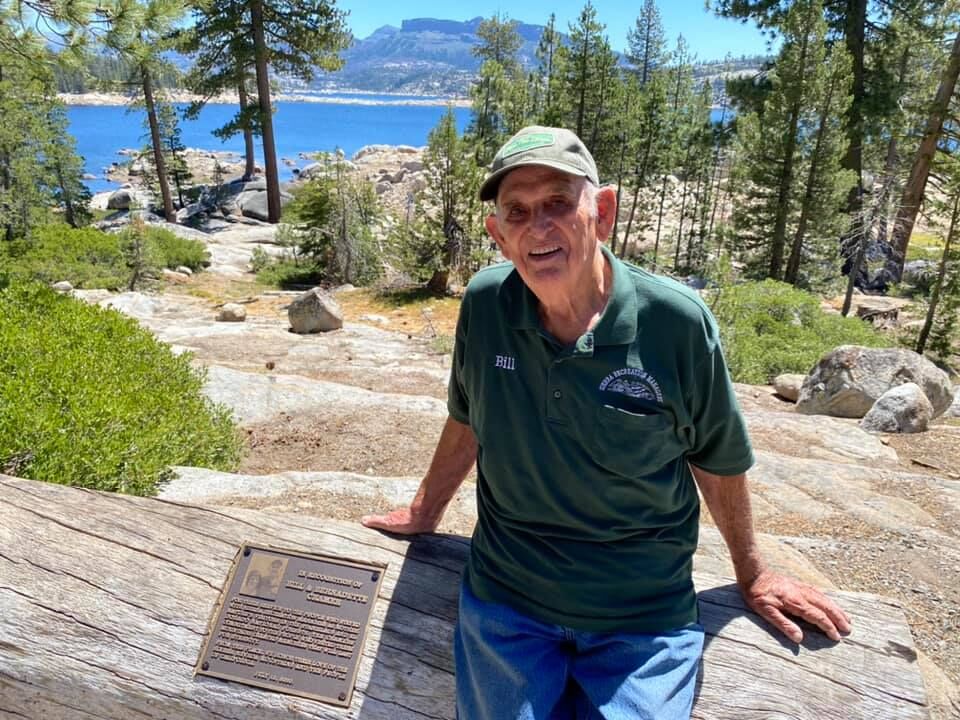 Josh Simpson, a former Boy Scout from Troop 4 out of Berkley, spearheaded the emotional and meaningful event.

Standing in front of the plaque, Simpson stepped to the side so the Cramer’s could see the plaque in their honor for the first time. It reads:

“In recognition of Bill and Bernadette Cramer for their service to the people who stayed with Sierra Recreation Managers as Mother Nature’s visitors in the Stanislaus and El Dorado National Forest. The Cramer’s commitment to the people who visited these mountains created memories that will last for eternity.”

It’s a beautiful moment when a lifetime of giving circles back and lifts the very hearts and spirits of the people that gave so much to lift ours.

“Today was really special,” said Simpson. “It was a fun moment and we all were overcome with emotion.”

A special note of thanks goes to Ernie Burgess of Kamps Propane, 22479 Highway 88 in Pioneer who was also instrumental in making the event possible.

For those of you that have not been to New Spicer Meadow Reservoir, or that are planning on visiting in the future, know that it is a magical place.

Almost as magical as a couple of hometown heroes, Bernadette and Bill Cramer.

Editors note: Use the free Ledger Dispatch smartphone app to watch the unveiling and ceremony honoring Bernadette and Bill Cramer by scanning the photo above this story.