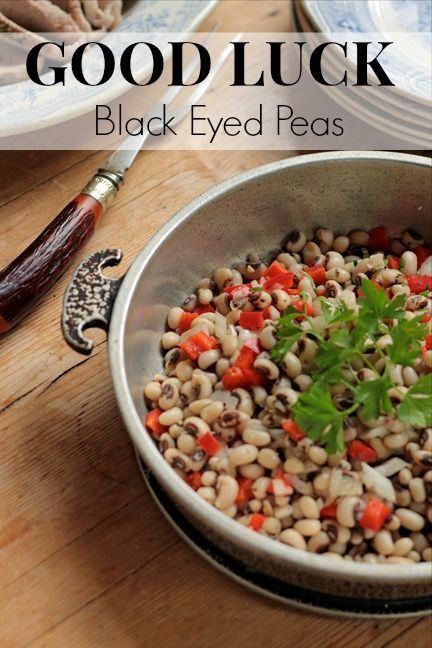 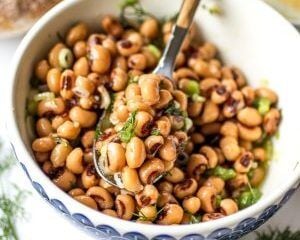 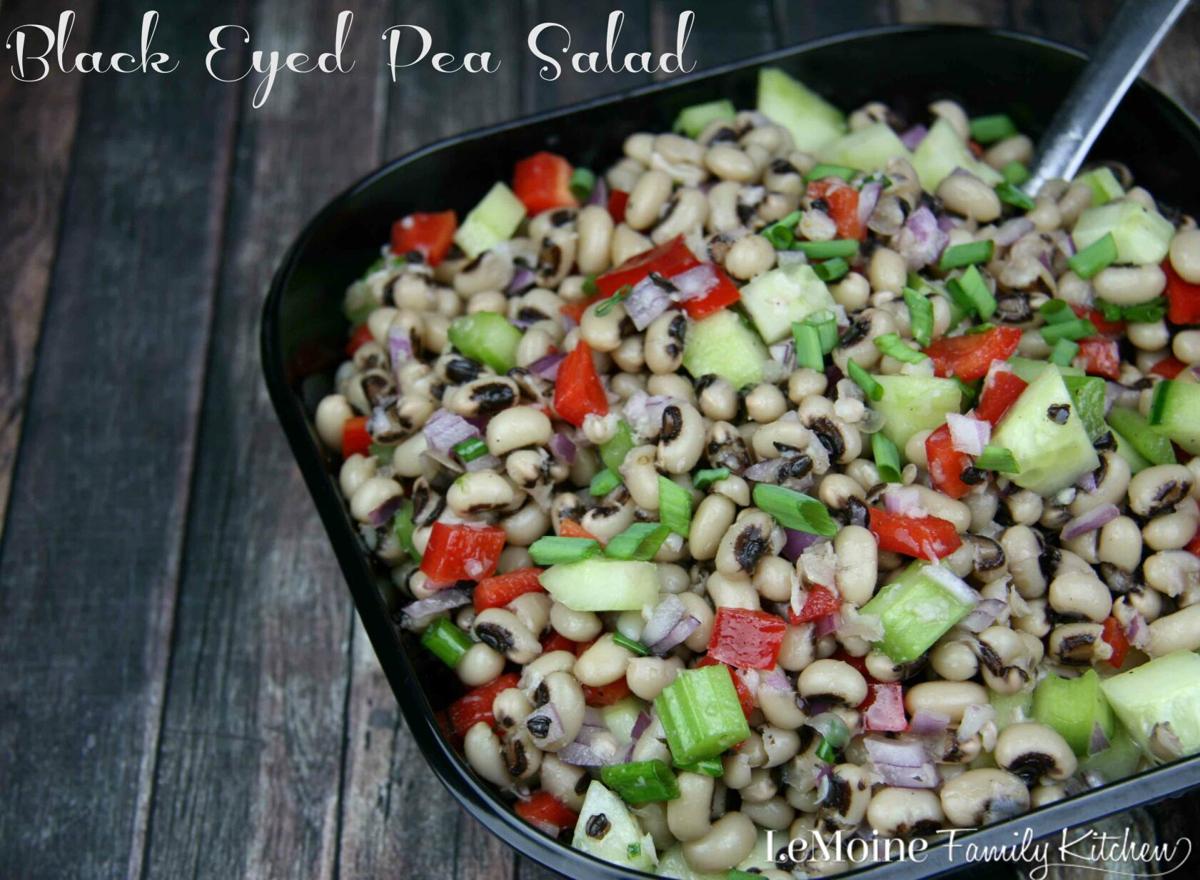 For the New Year’s good fortune, a plate of black-eyed peas or “Hoppin’ John” is considered auspicious, auguring wealth and prosperity. In the American South, they are traditionally eaten on the first day of the year. Adding cooked greens (the color of money) is said to make them even luckier. Simmered with onion and a meaty ham bone, black-eyed peas are often seasoned quite simply, with just salt and pepper. They may also be made highly seasoned with hot pepper and spices.

Bring to a boil, then reduce heat to a gentle simmer. Skim off and discard any foam that rises to the surface. Simmer for 1 ½ to 2 hours, until peas are tender. Throughout cooking, add water as necessary, always keeping liquid level 1 inch above surface, stirring with wooden spoon occasionally. Turn off heat. Check broth for salt and adjust seasoning. Mixture should be fairly brothy. With a pair of tongs, remove ham hock, ham bone or bacon. Chop meat and skin in rough pieces and set aside.

To serve, put greens and meat in low soup bowls, then ladle over hot black-eyed peas. Sprinkle with scallions.

Stir together the black eyed peas, red bell pepper, red onion, celery and cucumber. In a bowl whisk together the olive oil, red wine vinegar, sugar, salt and pepper until well combined. Toss the dressing with the salad and garnish with sliced scallion.