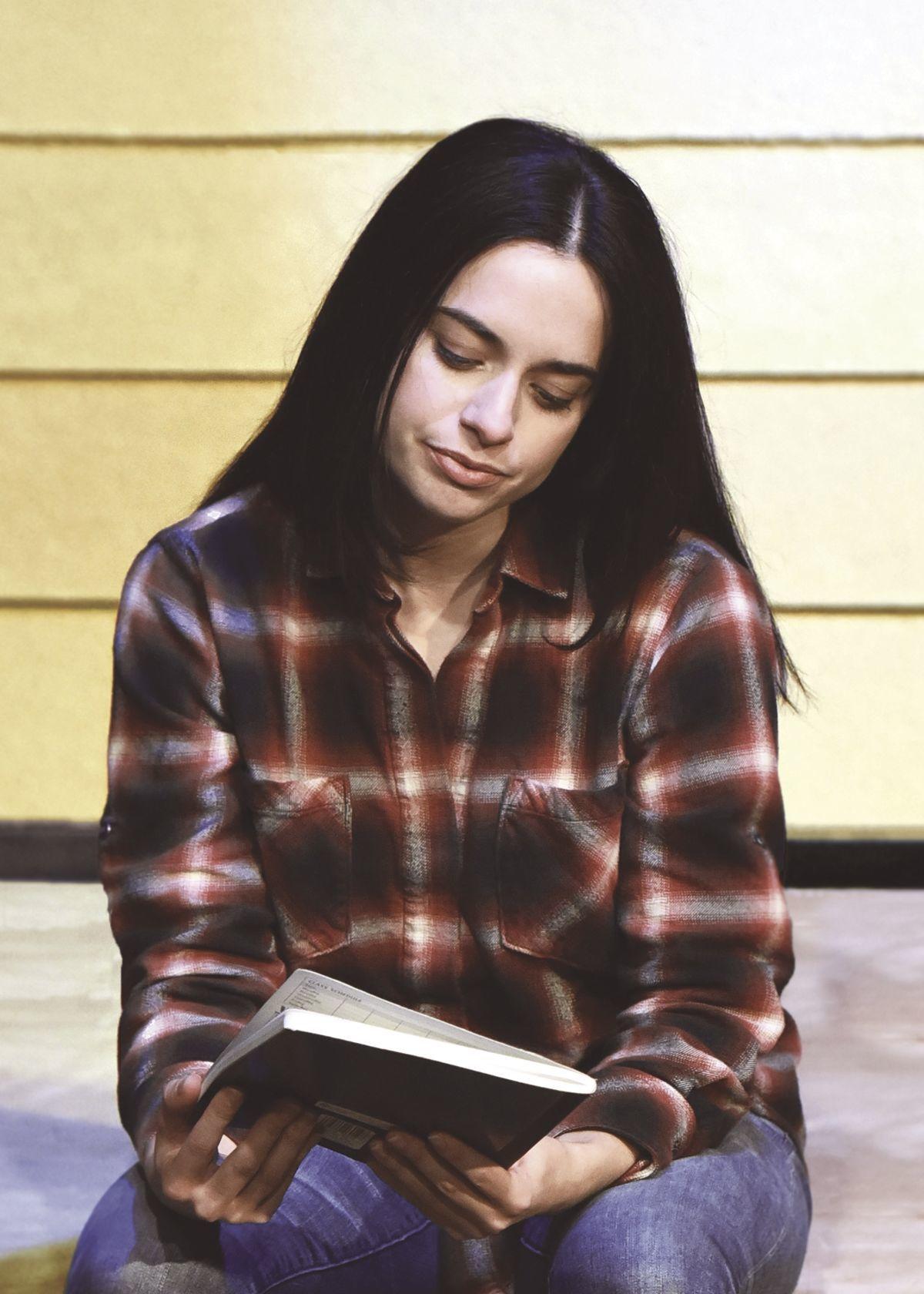 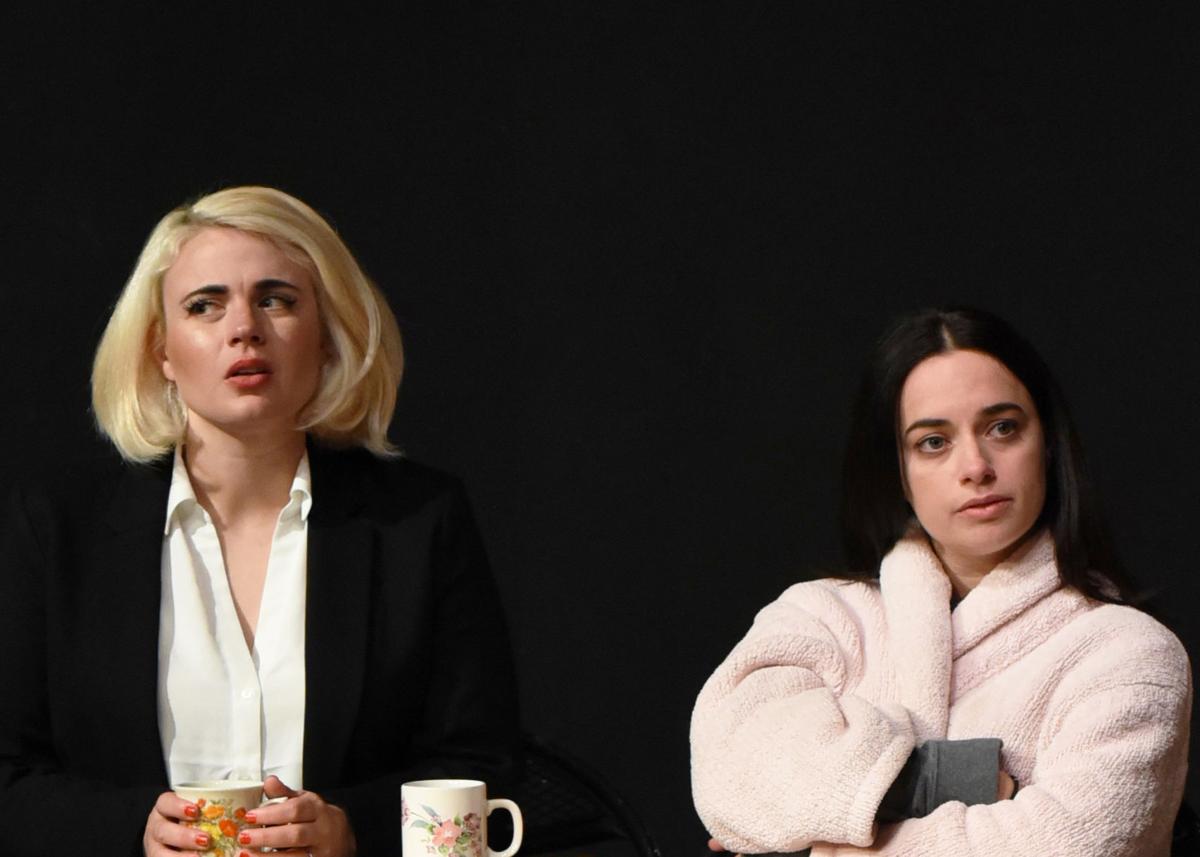 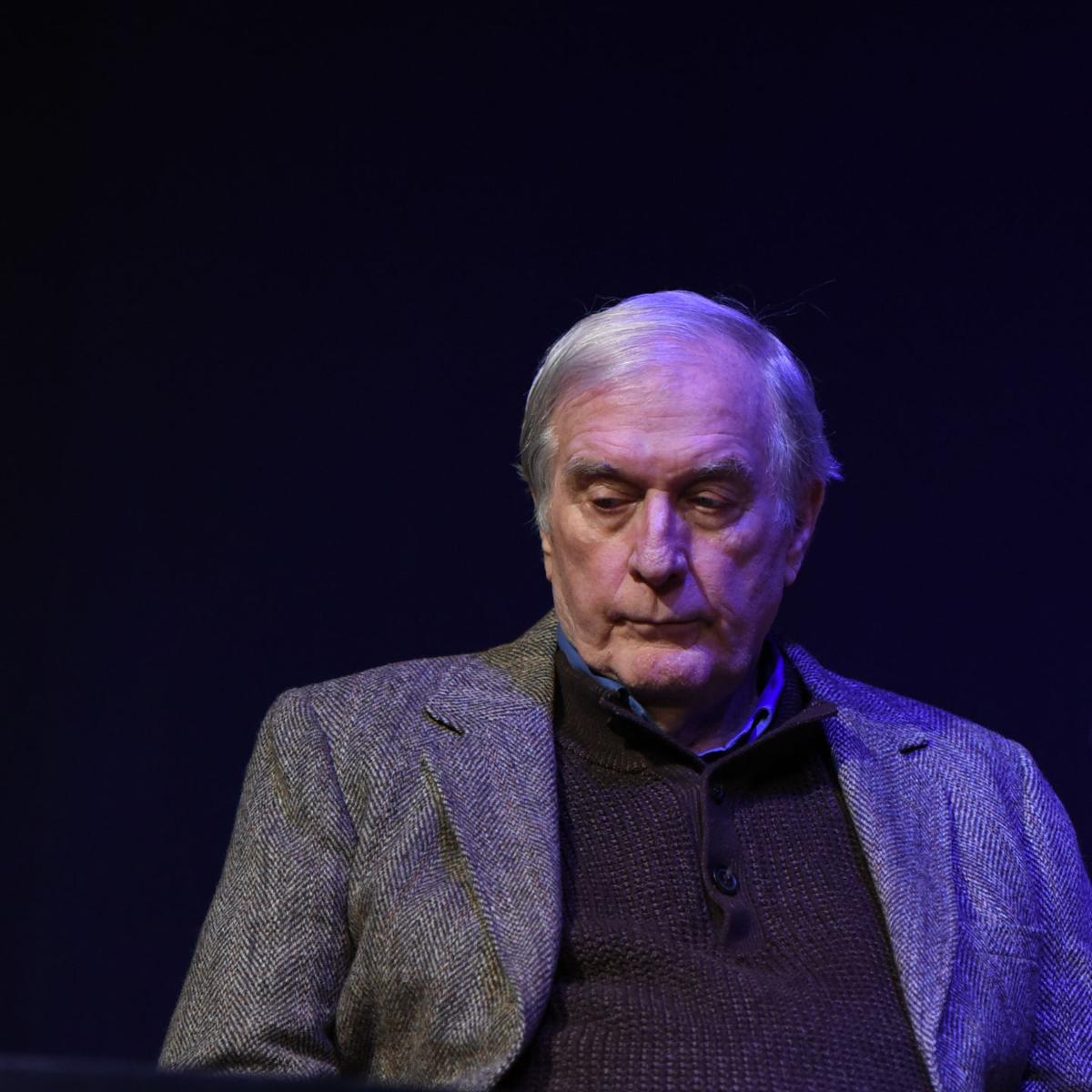 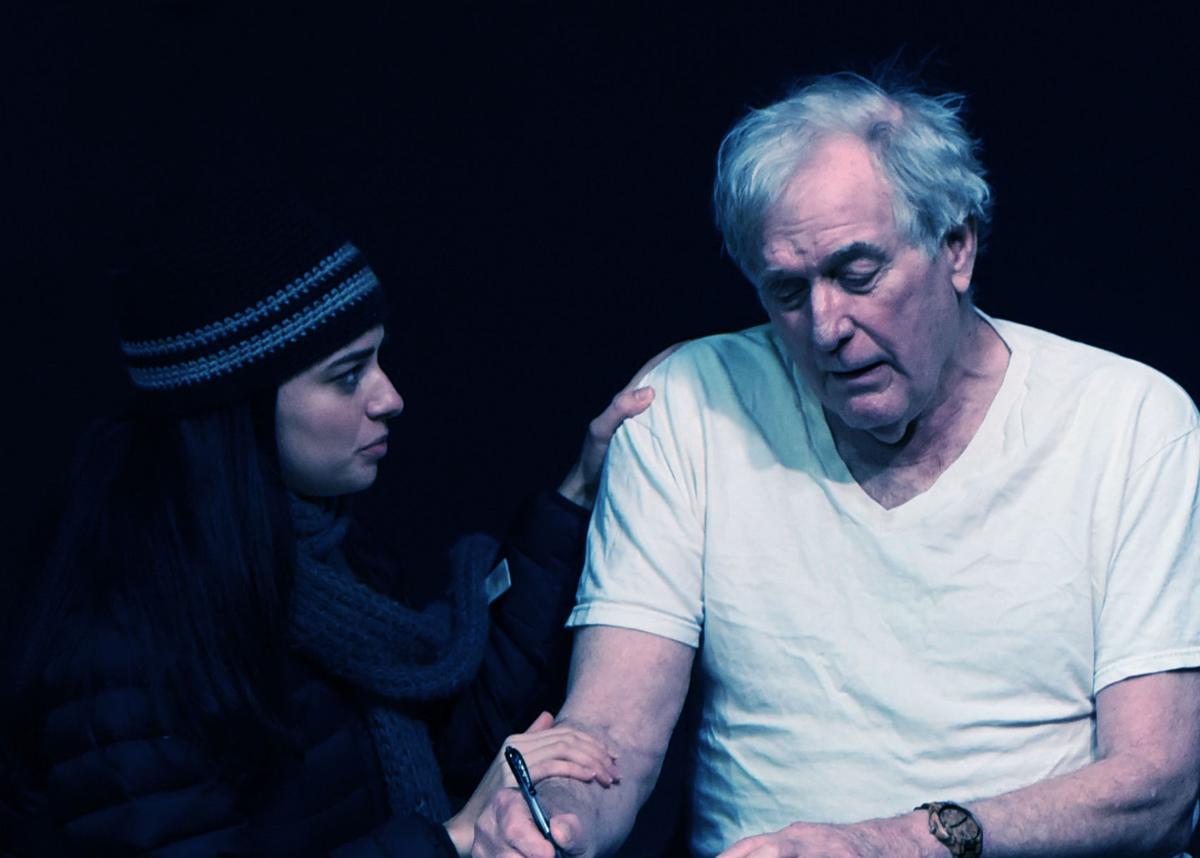 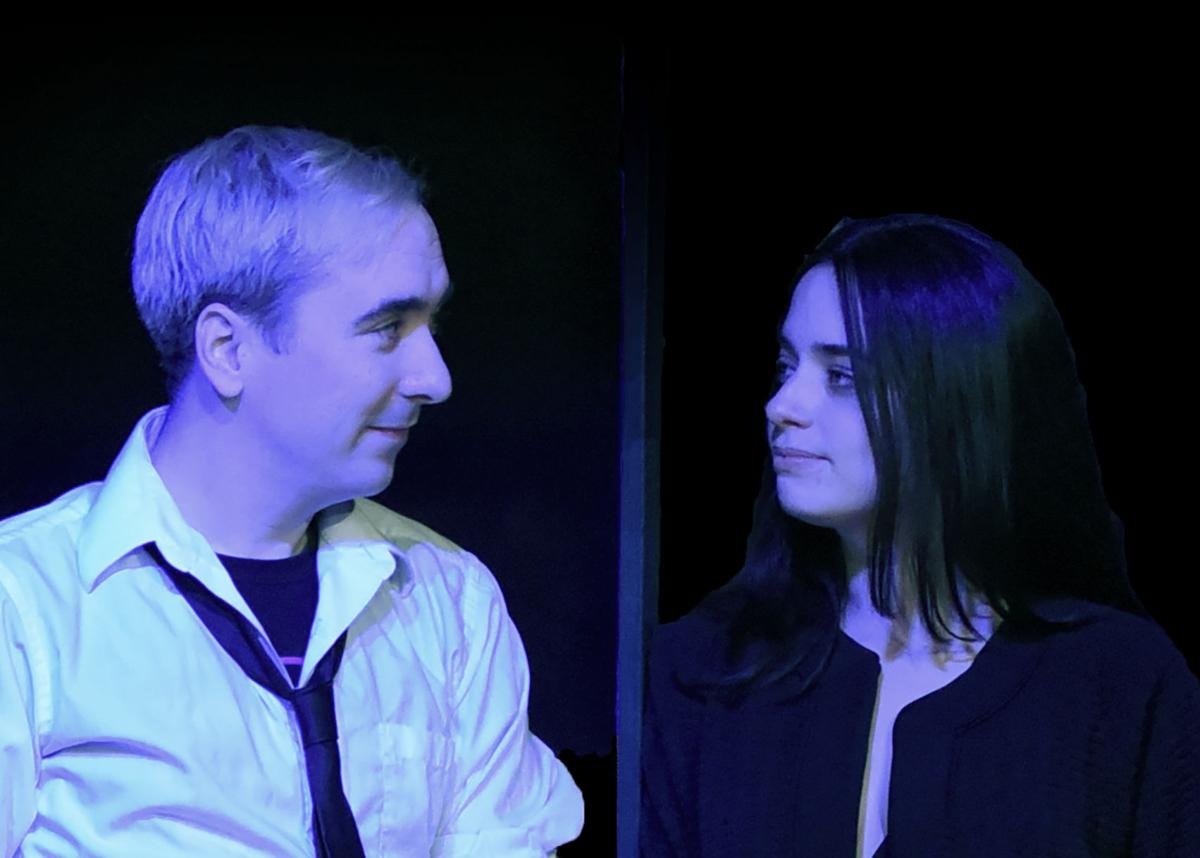 1. evidence or argument establishing or helping to establish a fact or the truth of a statement.

When most people think of this play’s title, it is typically understood that there is a double meaning.

The associations with mathematics and evidence are commonly recognized. There is

another, less common association, however.

1. able to withstand something damaging; resistant.

Launching Murphys Creek Theatre’s 2020 Season is David Auburn’s Pulitzer and Tony Award winning play, “Proof.” Celebrating its 20 th anniversary, “Proof” is a story with characters so evidently full of flaws that we can easily relate to a few of them in ourselves. They are tough and resilient in the face of common

and uncommon adversity, and still they trudge on with heartfelt ferocity.

Living in the shadow of her father (a world-renowned mathematician), Catherine lives with the burden of his mental illness, a strained relationship with her sister, adoration from one of her father’s former students, and the possibility that she might have inherited more from her father than his propensity for math.

These characters are just words on a page and, as incredible as they are, they are nothing without the human soul. With this as his main focus, director Todd Thomas has assembled a veritable hand-picked, gypsy family of brilliant talent from near and far who bring so much life to these words that each phrase they utter is a breathtaking journey of tender, incendiary, hilarious, and heartbreaking moments.

Todd Thomas, having started his professional acting career with MCT almost two decades ago, returns from his time in NYC and Portland Oregon to direct this season’s opener. Thomas tells us, “I have always been fond of this script and I was so excited when Robbie Allen sent me his picks for this season.” It turns out that both Artistic Director Robbie Allen and Thomas have portrayed the role of Hal in previous productions. Thomas goes on to say, “We both had very high expectations for the level of talent in this production, but we didn’t see much turnout for “Proof” at our General auditions. After discussing it with Robbie, I decided to reach out to some of the talented people I have met during my career. I could never have imagined how fruitful that would be.”

Michael Crich, an actor-turned pilot-turned actor, portrays the world famous and wildly charming mathematical genius, Robert. Since returning to the stage a few years ago, he has performed in over 25 productions in the Motherlode. A rare gem in the region, Crich’s moments on stage as Robert are potent and unapologetic.

Sarah Coykendall is Claire, Catherine’s financial analyst sister who resides in NYC. A former resident of Calaveras County, Coykendall is Associate Director of the annual Bracebridge Dinner at Yosemite, former Impact Theatre company member, founder of Splathouse Theatre in Oakland, and one of Todd’s friends since she was a teenager.

Hal is tackled by Jon Verkler. A Chicago native, Verkler studied with Second City in Chicago, the famous Improv and sketch comedy school before moving to Portland and working with several local theatres.

Verkler and Thomas met in Portland while performing in a 10-minute play festival. After discovering that Jon was not only hilarious, but extremely intense and moving, Jon was most recently cast as Adam in Missing Link Theatre Company’s production of The Shape of Things to which he received many a standing ovation.

Our Catherine is brought to life by Lauren Elyse Taylor. Born and Raised in Los Angeles, Taylor works in both film and stage. Currently based in Oakland, Lauren has studied with Shakespeare & Company in Lenox Massachusetts, Howard Fine Acting Studio in Los Angeles, The American Conservatory Theatre in San Francisco, and The Waterfront Playhouse and Conservatory in Berkeley, California. From day one, she has entrenched herself with the cast as if she had known them her whole life.

Where does this all take place? In a house. Not just any house, though. A Chicago-style, 2-story house built by Micki Dambacher, Jack Summers, and Naomi Elias. Perhaps the largest set design undertaken yet, there is quite literally a house on stage!

The performance schedule for Proof is as follows: Murphys Creek Theatre is located at 580 S Algiers St, Murphys CA, just steps away from the heart of bustling downtown Murphys. Shows will be held on Fridays and Saturdays at 7 p.m. and Sundays at 2 p.m.

Tickets are available at www.murphyscreektheatre.org or call the Box Office at 209-728-8422 to purchase tickets. For more information and updates on the current goings on at Murphys Creek Theatre, follow us on Facebook and Instagram @murphys_creek_theatre.