You have permission to edit this article.
Edit
Home
Support Local
News
In the Game
Roots
On the Vine
Real Estate
Multimedia
Announcements
Place an Ad
Marketplace
Archives
1 of 9 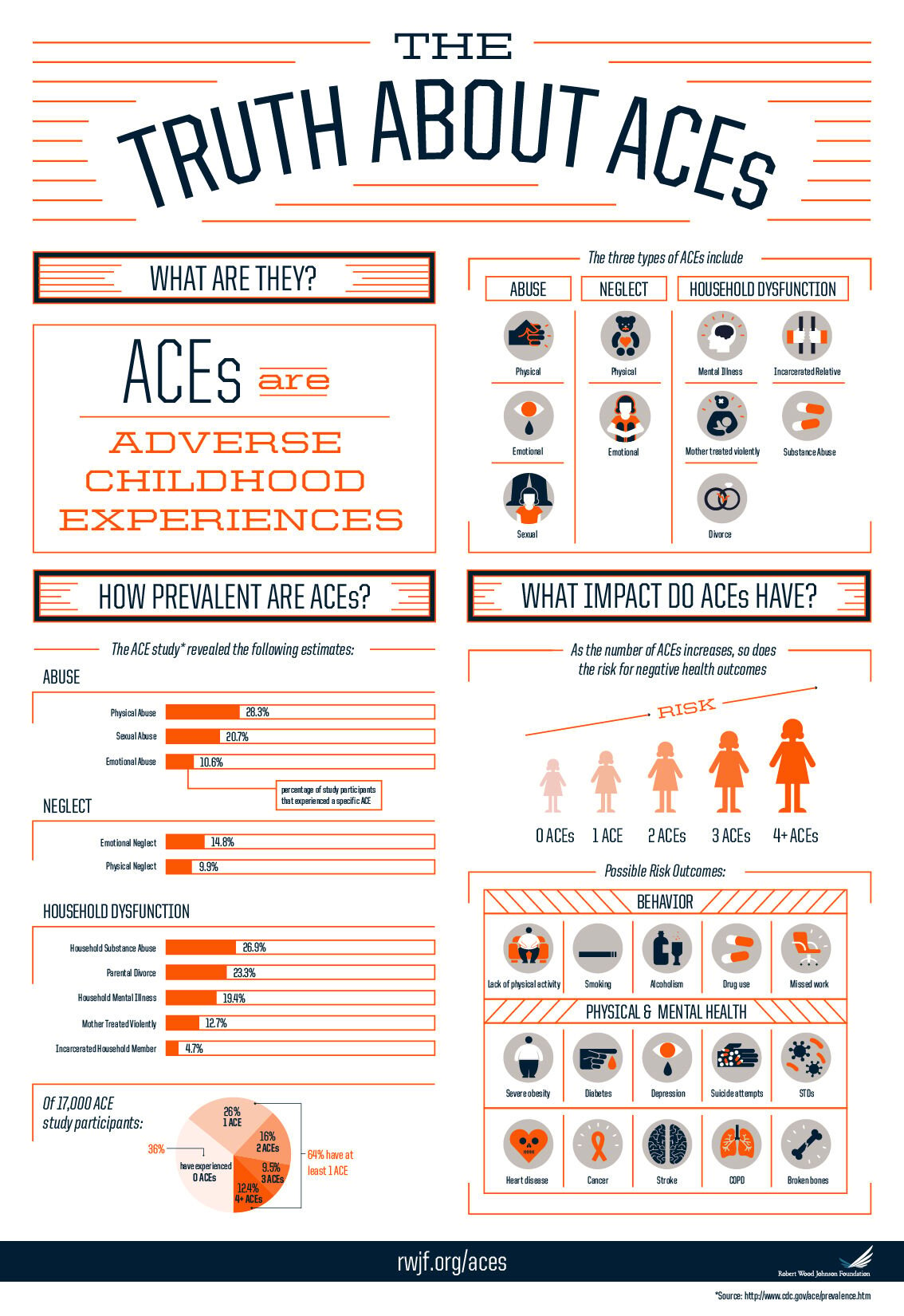 Infographic created to share information about what adverse childhood experiences are, how prevalent they are and their impact.Web jpg 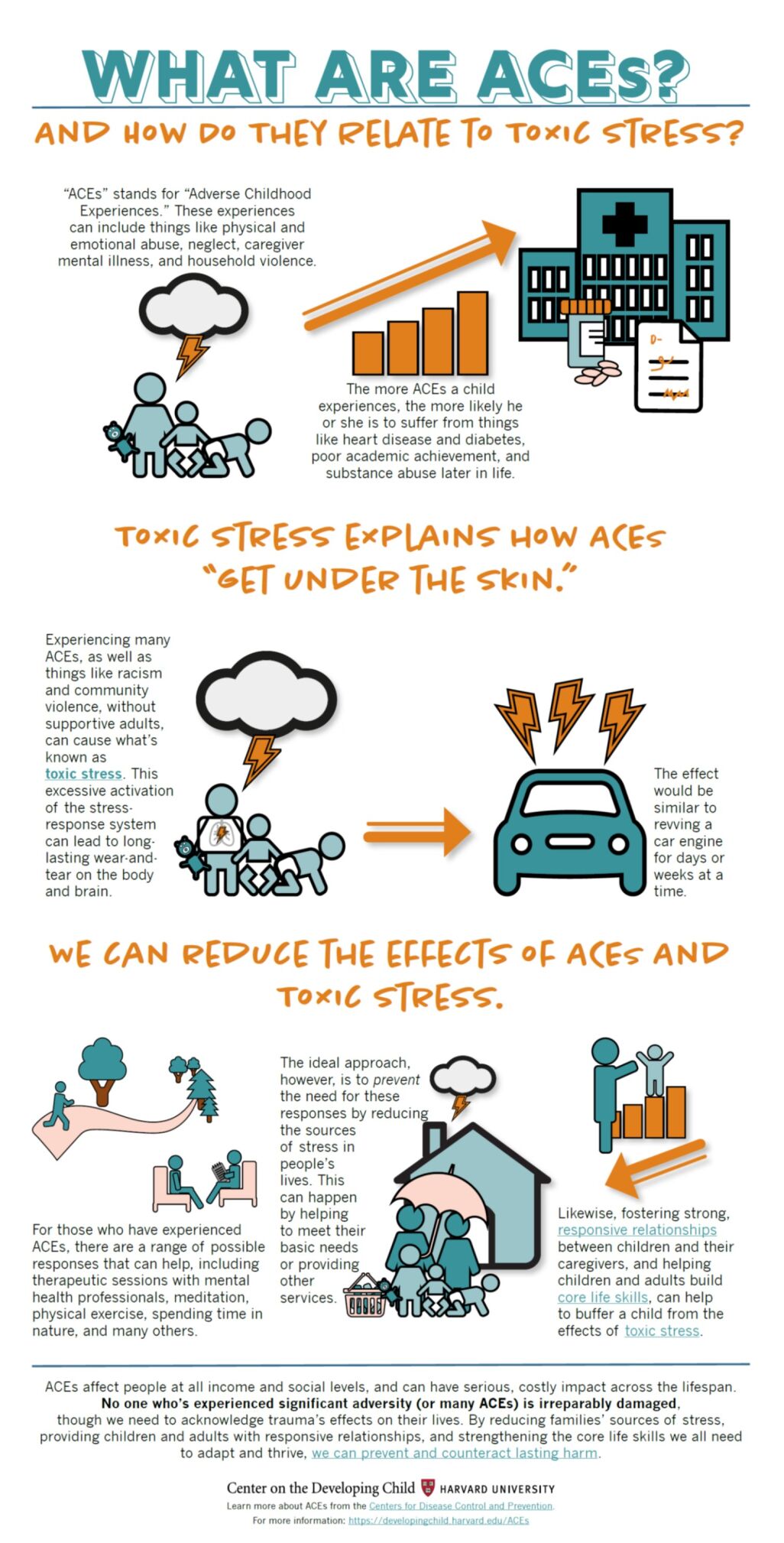 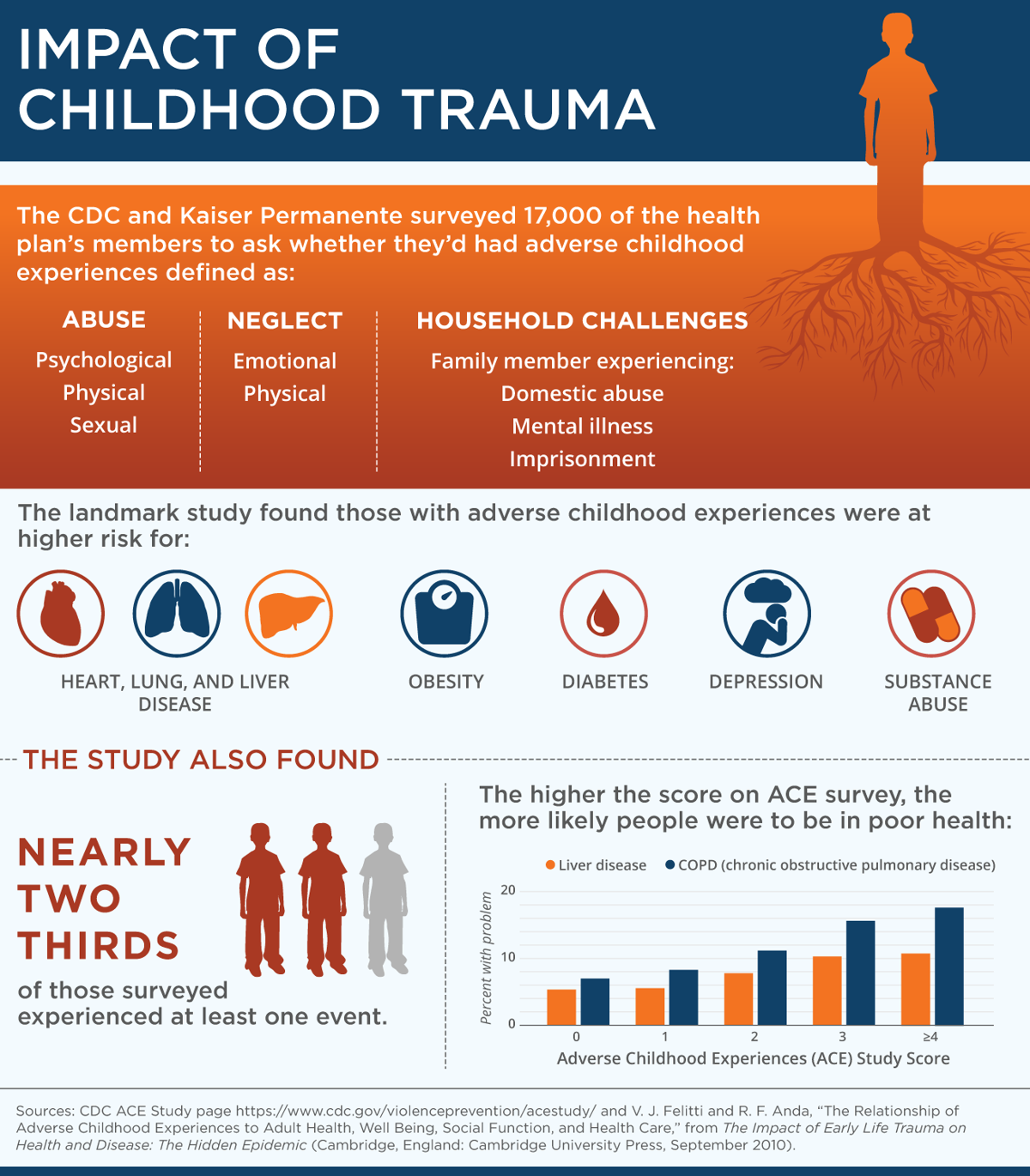 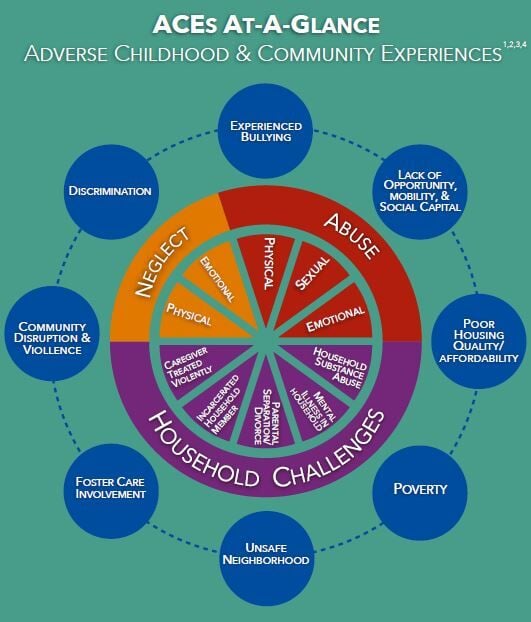 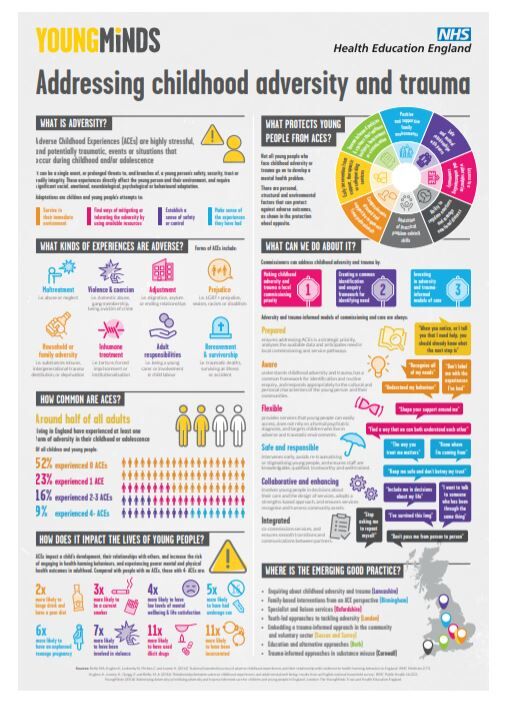 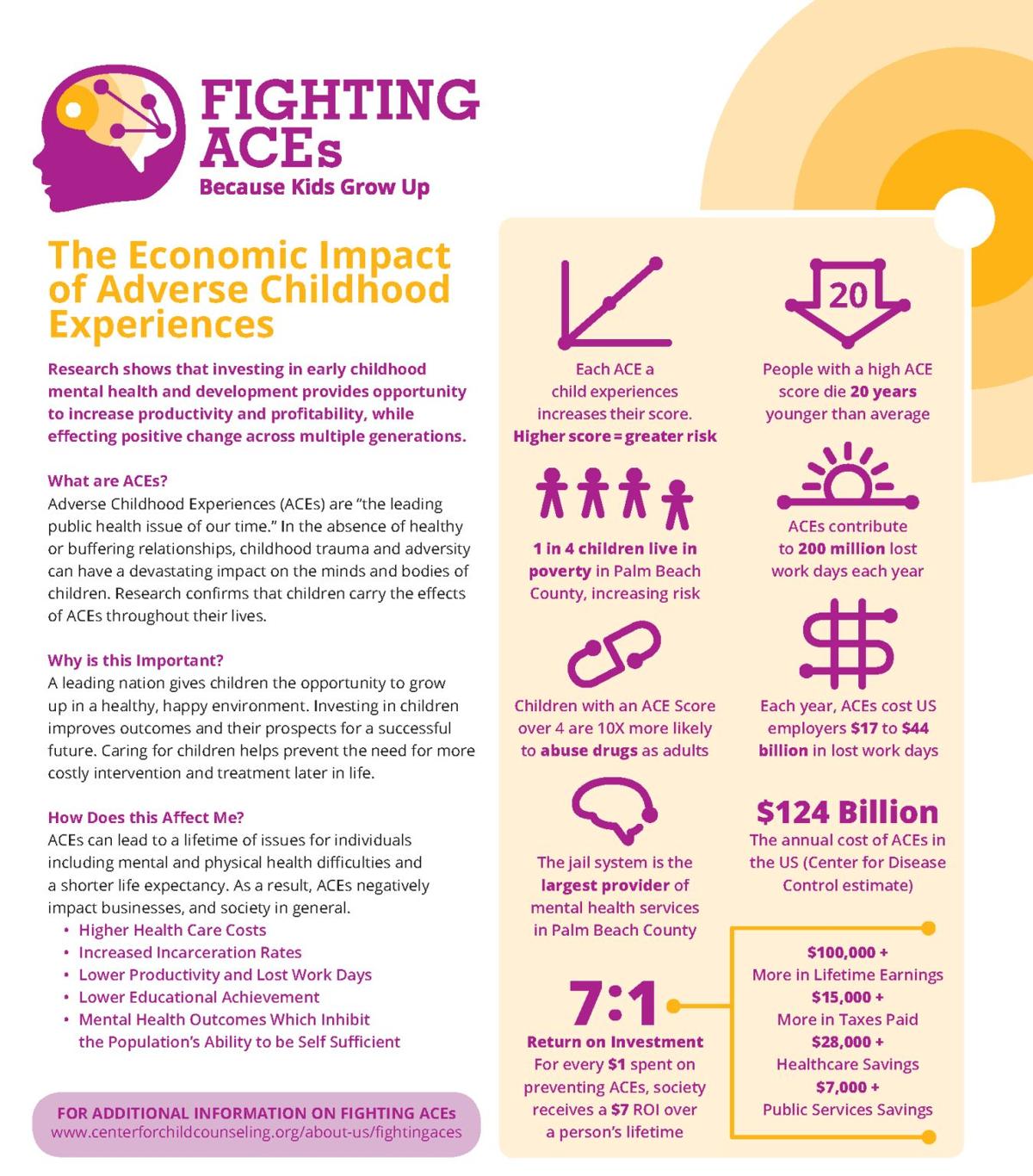 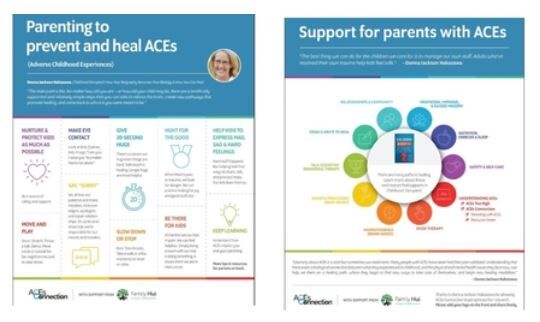 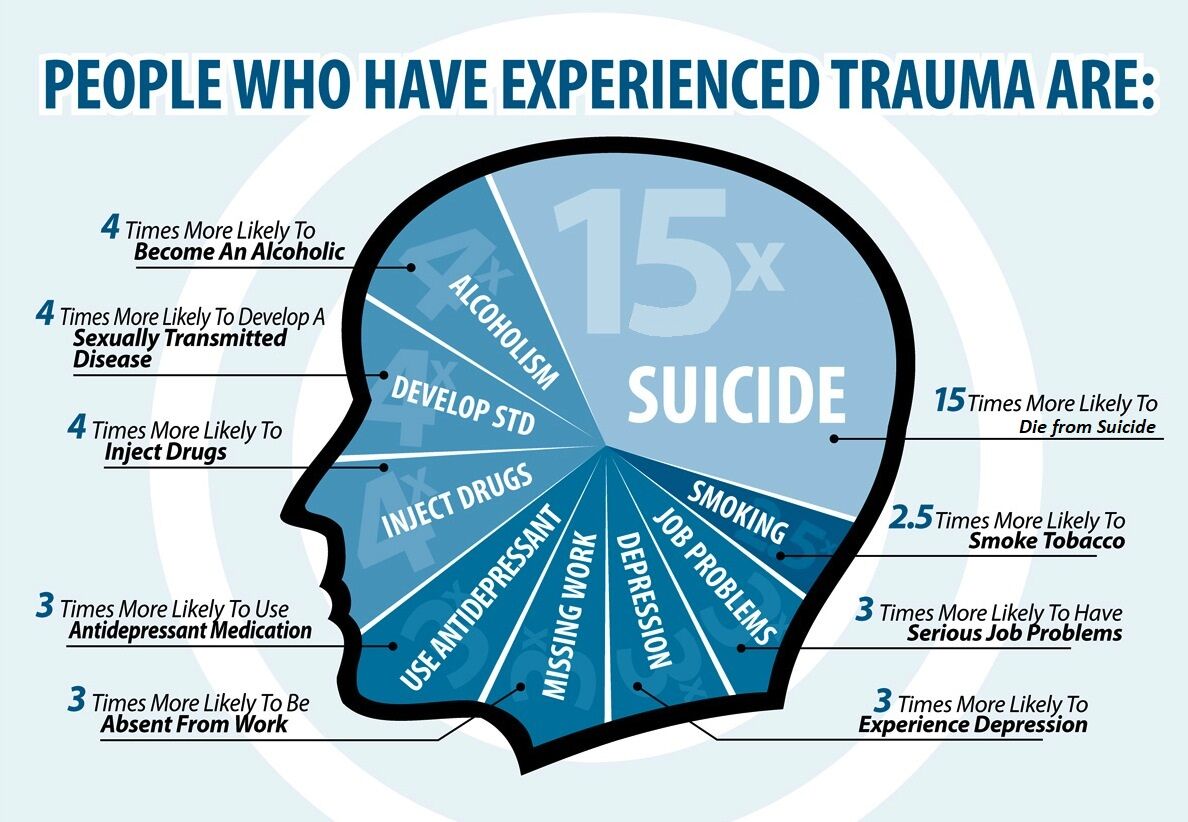 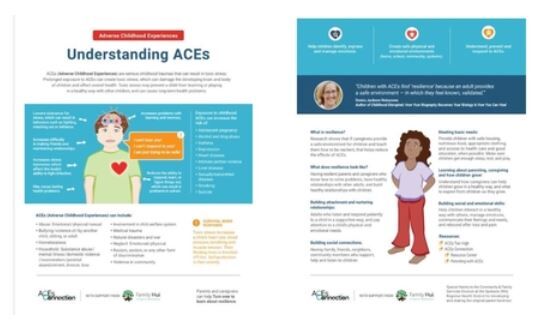 Infographic created to share information about what adverse childhood experiences are, how prevalent they are and their impact.Web jpg

On Friday, February 12, the Ledger Dispatch started a series on Resilient Amador. We hope to educate our family of readers on ACEs, learning what it means to be Trauma-Informed, challenges of COVID, Resilience, local resources, and how you can get involved in Resilient Amador. The articles are all online and available for free as a public service. Today we take a look at ACEs Science 101, as the next part of our journey.

What is ACEs science?

ACEs science refers to the research on the prevalence and consequences of adverse childhood experiences, and what to do to prevent them. It comprises:

1. The CDC-Kaiser Permanente ACE Study and subsequent surveys that show that most people in the U.S. have at least one ACE, and that people with four ACEs— including living with an alcoholic parent, racism, bullying, witnessing violence outside the home, physical abuse, and losing a parent to divorce — have a huge risk of adult onset of chronic health problems such as heart disease, cancer, diabetes, suicide, and alcoholism.

3. Health consequences — how toxic stress caused by ACEs affects short- and long-term health, and can impact every part of the body, leading to autoimmune diseases, such as arthritis, as well as heart disease, breast cancer, lung cancer, etc.

4. Historical and generational trauma (epigenetic consequences of toxic stress) — how toxic stress caused by ACEs can alter how our DNA functions, and how that can be passed on from generation to generation.

5. Resilience research and practice — Building on the knowledge that the brain is plastic and the body wants to heal, this part of ACEs science includes evidence-based practice, as well as practice-based evidence by people, organizations and communities that are integrating trauma-informed and resilience-building practices. This ranges from looking at how the brain of a teen with a high ACE score can be healed with cognitive behavior therapy, to how schools can integrate trauma-informed and resilience-building practices that result in an increase in students’ scores, test grades and graduation rates.

ACEs are adverse childhood experiences that harm children’s developing brains and lead to changing how they respond to stress and damaging their immune systems so profoundly that the effects show up decades later. ACEs cause much of our burden of chronic disease, most mental illness, and are at the root of most violence.

“ACEs” comes from the CDC-Kaiser Adverse Childhood Experiences Study, a groundbreaking public health study that discovered that childhood trauma leads to the adult onset of chronic diseases, depression and other mental illness, violence and being a victim of violence, as well as financial and social problems. The ACE Study has published about 70 research papers since 1998. Hundreds of additional research papers based on the ACE Study have also been published.

The 10 ACEs the researchers measured:

— A family member who is:

• depressed or diagnosed with other mental illness;

• addicted to alcohol or another substance;

— Witnessing a mother being abused.

— Losing a parent to separation, divorce or other reason.

Subsequent to the ACE Study, other ACE surveys have expanded the types of ACEs to include racism, gender discrimination, witnessing a sibling being abused, witnessing violence outside the home, witnessing a father being abused by a mother, being bullied by a peer or adult, involvement with the foster care system, living in a war zone, living in an unsafe neighborhood, losing a family member to deportation, etc.

Why are ACEs significant?

• ACEs are common…nearly two-thirds (64%) of adults have at least one.

• They cause adult onset of chronic disease, such as cancer and heart disease, as well as mental illness, violence and being a victim of violence

• ACEs don’t occur alone….if you have one, there’s an 87% chance that you have two or more.

• The more ACEs you have, the greater the risk for chronic disease, mental illness, violence and being a victim of violence. People have an ACE score of 0 to 10. Each type of trauma counts as one, no matter how many times it occurs. You can think of an ACE score as a cholesterol score for childhood trauma. For example, people with an ACE score of 4 are twice as likely to be smokers and seven times more likely to be alcoholic. Having an ACE score of 4 increases the risk of emphysema or chronic bronchitis by nearly 400 percent, and attempted suicide by 1200 percent. People with high ACE scores are more likely to be violent, to have more marriages, more broken bones, more drug prescriptions, more depression, and more autoimmune diseases. People with an ACE score of 6 or higher are at risk of their lifespan being shortened by 20 years.

• ACEs are responsible for a big chunk of workplace absenteeism, and for costs in health care, emergency response, mental health and criminal justice. So, the fifth finding from the ACE Study is that childhood adversity contributes to most of our major chronic health, mental health, economic health and social health issues.

• On a population level, it doesn’t matter which four ACEs a person has; the harmful consequences are the same. The brain cannot distinguish one type of toxic stress from another; it’s all toxic stress, with the same impact.

What’s particularly startling is that the 17,000 ACE Study participants were mostly white, middle- and upper-middle class, college-educated, and all had jobs and great health care (they were all members of Kaiser Permanente).