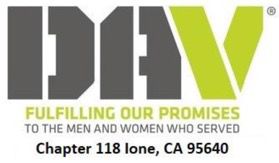 We unite today to recognize and celebrate the most important event in our nation’s history … the birth of the United States of America whose first patriots took up the fight for a better way of life. Risking their loved ones, their homes and their very lives, they stood up against tyranny. And so with cargos of tea and the scratch of a pen, a revolution began.  These men unknowingly held a great idea that would forever change the lives of everyone in this great nation.

At the time, death by hanging was the penalty for those who brought forth the radical ideas of freedom. Yet, despite the danger, men continued to stand up to tyranny. In fact, two men were already on the king’s list to be hanged — their names were John Hancock and Samuel Adams from the colony of Massachusetts.

Thomas Jefferson wrote: “We hold these truths to be self-evident, that all men are created equal, that they are endowed by their creator with certain unalienable rights; that among these are life, liberty and the pursuit of happiness.”

Jefferson continued: “And for the support of this declaration, with a firm reliance on the protection of divine providence, we mutually pledge to each other our lives, our fortunes and our sacred honor.”

On the morning of July 4, 1776, John Hancock etched the first signature onto the Declaration of Independence, saying with a hint of sarcasm, “The British ministry could read that name without spectacles.” The united Colonies had officially proclaimed their independence from Britain, hereafter to be called the United States of America.

The names of 56 men representing each of the 13 United States endorsed this Declaration of Independence, and thousands more fought for the idea — the vision of America.

It was with this determination that the first generation of the American patriot was born — one who had a genuine love of country and a willingness to sacrifice everything for it, without regret. Since that monumental day, it has taken generations of sacrifice to make sure our nation’s independence endures.

More than 4,400 patriots lost their lives in the initial fight for America’s freedom. Nearly 6,200 were injured. The losses, though tragic, were not lost in vain, but for the future of our nation’s citizens. These patriots were the first to unselfishly sacrifice themselves for the creation of something better — a state of mind, a way of life — the American way.

Even today, 244 years later, our way of life and our vision of freedom meet opposition. But, with freedom comes the great responsibility to defend it, and our service members have proven time and time again they stand ready to defend what is ours. We ask as you celebrate with your families, friends and communities, that you pause to remember all of the American patriots. They are the ones who have preserved freedom, and who have given us reason to defend freedom for all future generations.

Thank you to all of our men and women of the armed forces, whose fight has and will continue to lead others to a better way of life. You have truly given us all reason to celebrate our past, our present, our future — our independence. We thank you for your bravery, boldness and the courage to protect the core values of America … the very values upon which this great nation was founded.