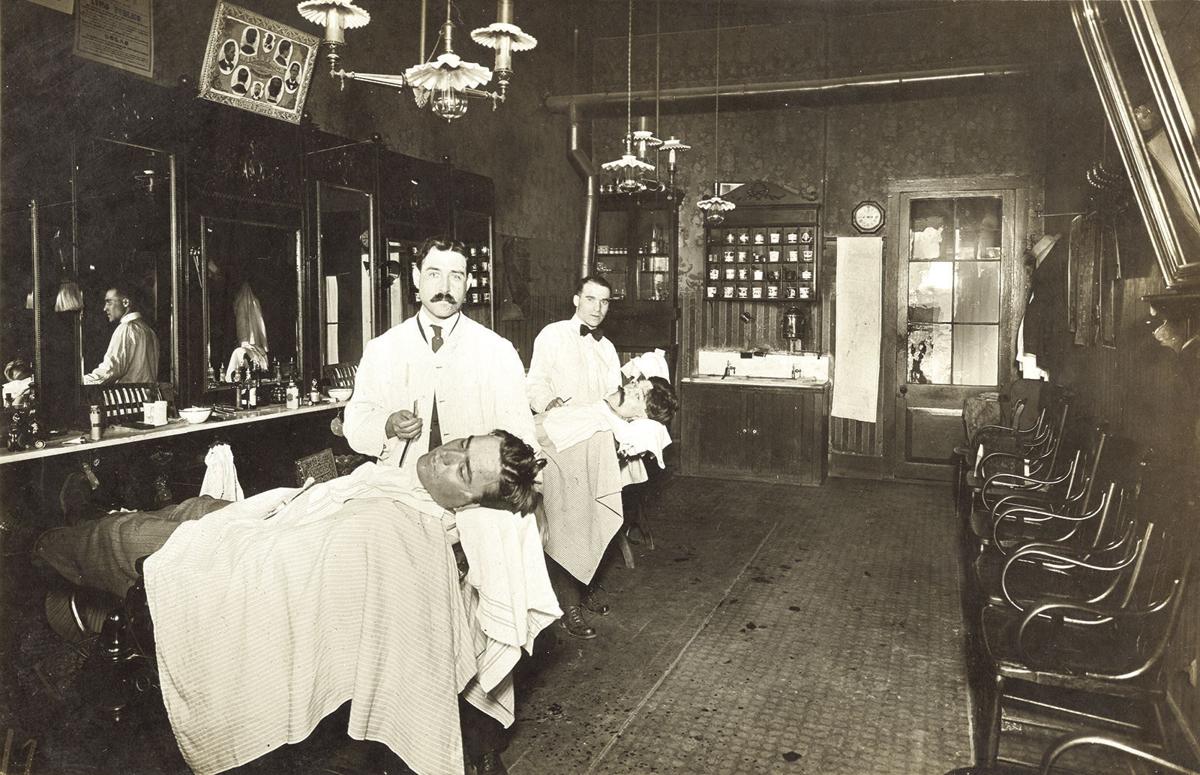 Paul Poggi’s barber shop made the headlines on the front page of the January 3, 1919 issue of the Ledger Dispatch when a mysterious pool of blood was found on the sidewalk outside is Jackson Main Street business. 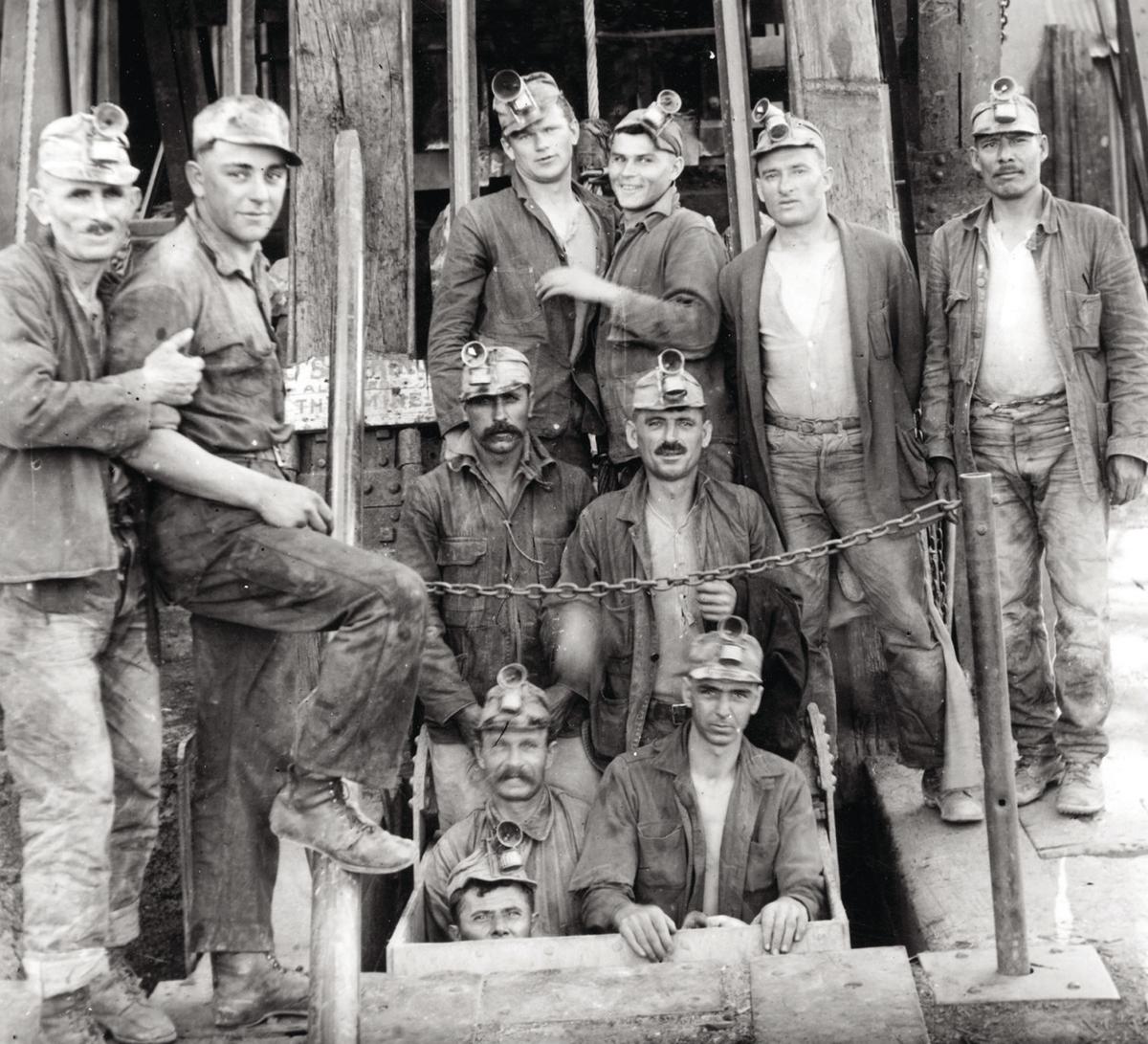 The story of the Argonaut fire mine disaster which took the lives of 47 men in 1922 still makes the newspapers today on the anniversary of the event; however, it was not the first large fire at that mine to make the headlines.  In March 1919, a fire started at the 4,000-foot level and burned for over a week before it was extinguished with carbonic acid gas.  The story headlined the newspapers for several weeks.  These miners were out of work for nearly a month before the mess got cleaned up.

I generally plan a week in advance what subject I will write about in this column; however, this year Thanksgiving seemed to arrive a bit too quickly and took more planning than is generally required for my dinner preparations. The week leading up to the holiday, I was busier than bees in a hive; thus, I lagged on selecting a subject for this week. More often than not the subject of this column is inspired by current headlines or other stories printed in this paper; however, I just couldn’t seem to tie the past to the present last week. I could blame it on too much turkey and the tryptophan that it contains but we all know that is a myth sometimes used to get out of helping clean up the kitchen. So, I’ll just say that my inspiration flew the coop for about a week and because I could not find any modern headlines to inspire me, I thought it would be a hoot to look back 100 years ago to 1919 and take a look at what Amadorians were reading in the newspapers then. Now, without further explanation or justifications for my lagging muse, we’ll begin in January 1919.

On New Year’s Day in 1919, a large pool of blood was found on the sidewalk near Paul Poggi’s barber shop on Main Street in Jackson, causing quite a stir. Shortly after it was first seen, the discovery was reported to Sheriff George W. Lucot who arrived to inspect the scene. He informed the curious that he had no idea how the blood got there and no arrests had been made in connection with any crime that may have been committed. After speculation and conferring amongst the locals it was discovered that it was the blood of an unnamed Portuguese man. Apparently, he had been in a scuffle the previous Friday with Al Manley, but after his arrest for assaulting Al, he was released by the District Attorney. On New Year’s Day night, the Portuguese lay in wait for Manley, but his victim turned the tables on him, cold-caulking him with a bottle which cut the man’s scalp and knocked him out. Mystery solved! When the story appeared in the Dispatch, the only complaint the Sheriff heard were onlookers asking why the ‘community cleaners’ had not been on the job and cleared the mess.

There was no love lost between Manley and his adversary but that was not the case six weeks later at the Jackson High School Valentine’s Day dance. A couple from Comanche who attended the affair was warned repeatedly about their wild and ‘rough’ dancing. When they would not tone down their amorous excitement, they were removed from the dance floor and ejected from the building by District Attorney Thomas Negrich who was assigned to ensure the attendees observed the guidelines for appropriate behavior. It was reported that after being sent on their way, they headed for Sutter Creek.

In March 1919, while snow fell in Jackson off and on for several days, newspaper subscribers were shocked to learn that Amador pioneer Julia Jameson Gibson passed away on March 18 at the home of her daughter Mary Breese in Oakland. Julia was born in Missouri and came to Amador County in 1853 with her parents, John McKnight Jameson and Mary Bacon Jameson. The community was also shocked when a fire began to spread through the underground workings of the Argonaut Mine at the 4,000-foot level. It started at the switch tracks at that level about 300 feet from the main shaft at about 4:00 p.m. on March 1st. Thankfully, all the miners on shift were able to escape the inferno. Unable to approach the fire due to the flames, smoke, and gas, no immediate attempts were made to put it out. By the following day it was estimated that it had reached the 3,700-foot level. Workers did manage to seal off the nearby Muldoon shaft which normally was used to ventilate the main Argonaut shaft. Teams of mine firefighters were sent for at Grass Valley and Berkeley. By April 2nd the firefighters were on scene and a special train carrying six carloads of carbonic acid gas arrived at the depot in Martell. On April 3rd, one carload or over 400 tanks of the gas were dumped via a pipe with forced air into the mine. It was estimated that the fire would be extinguished in several days. At the Kennedy Mine, two men were overcome with poisonous wood gas generated by the fire that leaked into the Kennedy. They were overcome by the gas but were rescued. It took longer than expected but by April 11th the flames were extinguished.

While that fire raged in the Argonaut Mine in the spring of 1919, World War I had come to an end but many soldiers were yet deployed overseas. Letters written by Amador soldiers from the front in France were published in the Dispatch as was an announcement that a Victory Liberty Loan Trophy Train would visit Amador on May 10th making stops in Ione and Martell. A total of 24 trophy trains, also known as war exhibit trains, and war relic trains, toured the United States in April and May 1919 – trophies referring to captured German arms and equipment and relics referring to American and Allied forces war items. These traveling museums brought the artifacts and machinery of the war to the people as a way to promote the continued monetary support for the Liberty Loan Program of selling war bonds. The trophy train arrived at the Martell depot as promised, the last stop on its California tour. Amadorians crowded to the depot to see the ‘trophies’ on board the rolling museum which included a small tank. The tank was removed from the train and driven into Jackson accompanied by the Mare Island Marine Band. Patriotic speeches were delivered from the steps of the National Hotel by wounded Veterans and attendees were treated to songs delivered by soldiers and sailors from Mare Island. Afterwards, the tank performed ‘stunts’ on Main Street and ‘the boys’ were treated to lunch at the National. The tank was then returned to the train which left Martell promptly at 2:00 p.m. for its return journey to San Francisco.

As an escape from the post-war blues and the lingering influenza epidemic, newspaper front pages ran large advertisements for entertainment. Charlie Chaplin’s ‘Shoulder Arms,’ his second film for First National Pictures, was released in 1918 but did not make it to Amador County until May 1919. The silent comedy set in France during World War I, Chaplin’s shortest feature film was also the first feature film he directed. It ran at the Jackson theater for nearly a month. Also pasted on the front page of the Dispatch amid the headlines was the full line-up for the Ratto Theater which included Fox All Star Features, ‘Her Price’ and ‘Mutt and Jeff,’ Norma Talmadge in ‘The Secret of the Storm Country,’ Margaret Fisher in ‘The Primitive Woman,’ with the big double bill with Chaplin’s film and ‘Italy’s Flaming Front.’  And what respectable newspaper would not advertise a dance and ravioli supper on their front page? The Dispatch did just that announcing that Jake’s Inn at Buena Vista would be hosting a “clean and refined country dance” to the music of Jackson Jazz on July 19th. That would be the saloon of Jake Strohm.

The ravioli dinner was just a few columns to the left of a warning to agriculturalists about the impending doom of a grasshopper invasion that had already struck in Sacramento, San Joaquin, and El Dorado counties. The announcement included a recipe for a poison concoction that ranchers and farmers should spread on their property: Grind ½ dozen lemons or oranges with a meat grinder. Mix in 4 gallons of water, 2 quarts of cheap black-strap molasses, 25 lbs. of bran or alfalfa meal, and 1 lb. of Paris green or white arsenic. The mix would cover five acres if spread thinly in the evening so as not to poison livestock.

Yes, some of these items may seem trivial to us modern newspaper fans, but for all that happens in a small community, the front page should have a little something for everyone. Like the June 27, 1919 issue of the Dispatch, where the leading stories included ‘Argonaut Picks Tug-of-War Team,’ ‘Plymouth Loses Game with Lodi,’ ‘Serbs to Observe Kosovo Day Sunday,’ and ‘Squaw Seeks White Spouse in Ritchey.’

To be continued…Next week – More Headlines and A Fond Farewell.