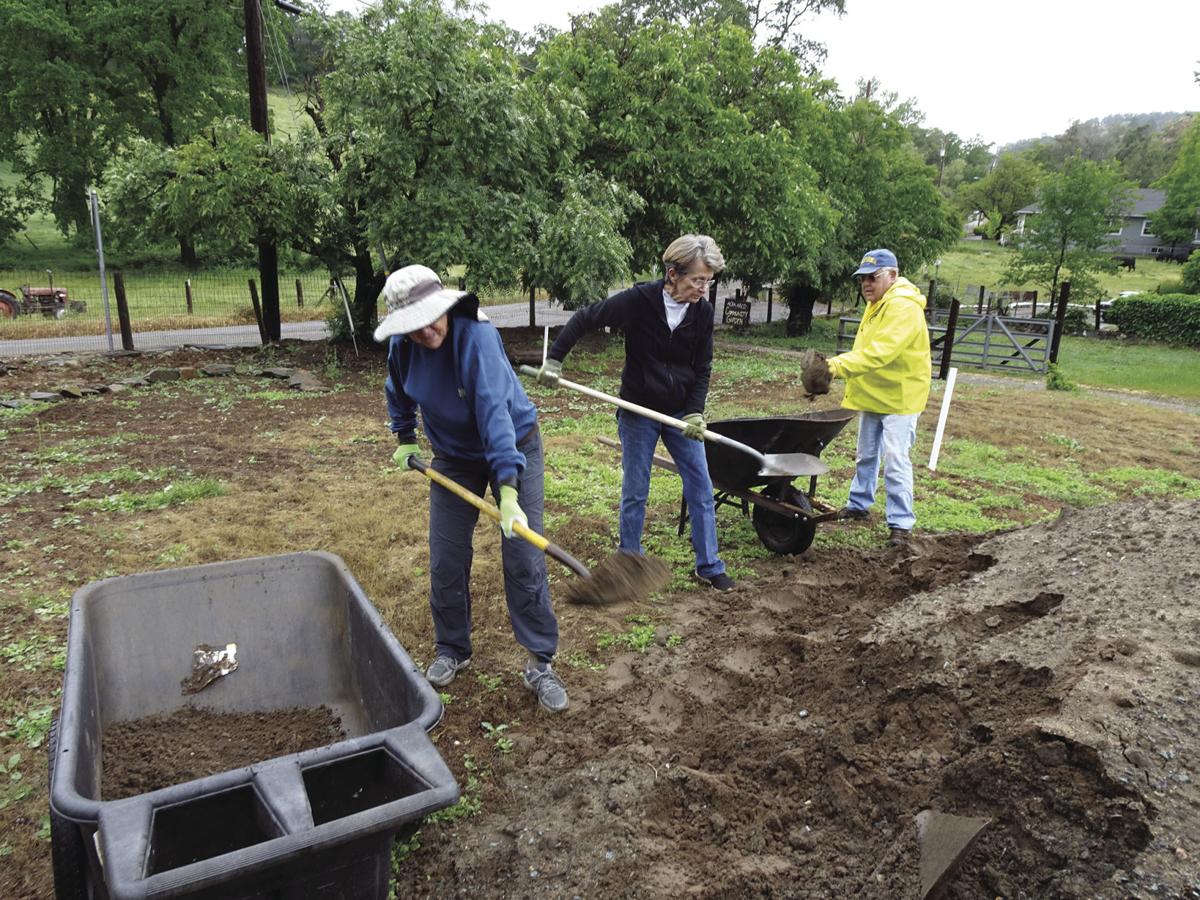 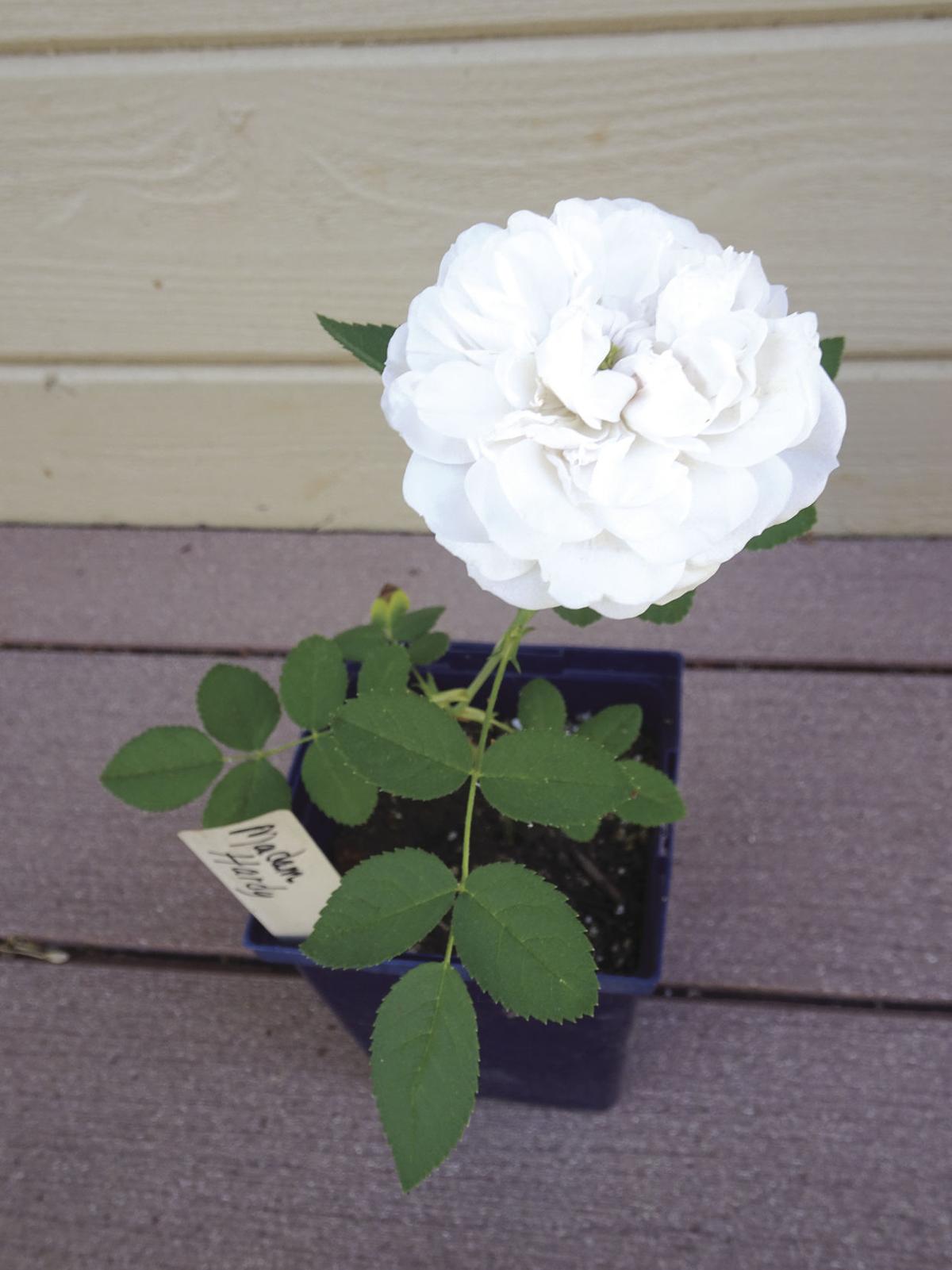 They come from cemeteries and old homesteads and remind us not just of the excitement of settling a “new” land and prospecting for gold, but also of the wrenching pain of leaving home for good.

When many of California’s settlers came West, they often brought with them portable, fragrant mementoes of home: their favorite roses. The roses were planted at their new homes and later at their gravesites, to comfort survivors.

Many of those century-old roses have been “rescued” from their foothill sites by Judy and Bob Dean, who live in Mountain Ranch. Over the past 30 years they have planted 700 roses on their 12 acres. Many, if not most, of the rescued roses had survived on their own for 50 or 100 years without care or water, proving their drought tolerance and hardiness. Judy Dean took starts from the roses wherever she found them, with permission when an owner could be found, and now they are mature bushes and climbing plants.

Then, in 2015, the Butte fire came fearfully close to wiping out their labor of love, burning nearly a third of the Deans’ property. All but a handful of the scorched roses grew back, but the Deans realized they needed a “backup” garden to ensure the survival of these heritage roses.

Since Bob Dean is president of the Mother Lode Land Trust, which owns the Chichizola Store on Jackson Gate Road in Jackson, he proposed to the Amador County Master Gardeners that they develop a heritage rose garden there.

Master Gardeners visited the Deans’ garden in Calaveras County and took cuttings from roses that Judy Dean felt were the most beautiful or the most important to preserve. For several months, those “starts” have been growing in pots at homes in Amador County.

And once a memorandum of understanding between the land trust and the Master Gardeners was signed, a committee of 10 Master Gardeners got busy preparing the garden site and seeking community support.

If you happened to be driving by the Mother Lode Land Trust site on Jackson Gate Road on May 17, you would have seen members of the Heritage Rose Garden Project team hard at work. That day, they moved 10 cubic yards of soil to designated garden beds, positioned rocks to create borders for garden areas and dug holes for fence posts. All of those jobs, and more, are to be repeated on future workdays to eventually transform the bare land into a Heritage Rose Garden that will eventually be open to the public.

Ellie Routt, Executive Director of the Mother Land Trust, is particularly excited about the project.

“It provides another way for the public to come to the property and appreciate the history of the area,” she said.

While modern tea roses have the reputation of being temperamental, old roses tend to be hardy and drought tolerant, often surviving decades of neglect.

The planned Heritage Rose Garden will be roughly 5,000 square feet, with curved pathways winding between garden beds. Simple trellises and arches will be used for climbing and rambling roses, with several benches welcoming visitors to pause and “smell the roses.”

Since last fall, team members have diligently cared for their rose cuttings, anxiously awaiting the day they can plant their “babies” in their new homes in the garden. That day is finally drawing near as many of the original cuttings are ready to transplant.

The goal is not only to preserve and protect these old and rare varieties for future generations to enjoy, but also to have a place to teach propagation and sustainable gardening and the value of native and pollinator plants.

Many more workdays will be needed to prepare the garden for planting, including fencing the area to prevent deer browsing.

Local merchants have contributed landscape materials and supplies and the Sierra Madre Garden Club and the Mother Lode Rose Society have made generous cash donations, but more funds are needed to complete the project.

Susan Price is a UCCE Master Gardener of Amador County.