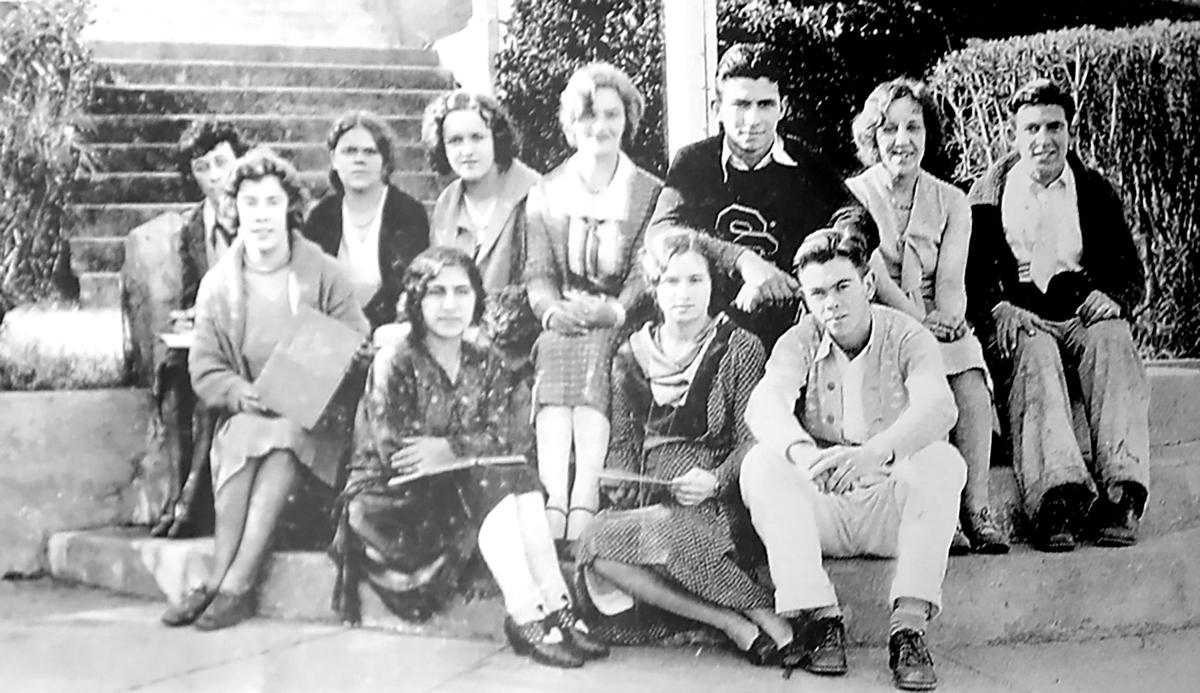 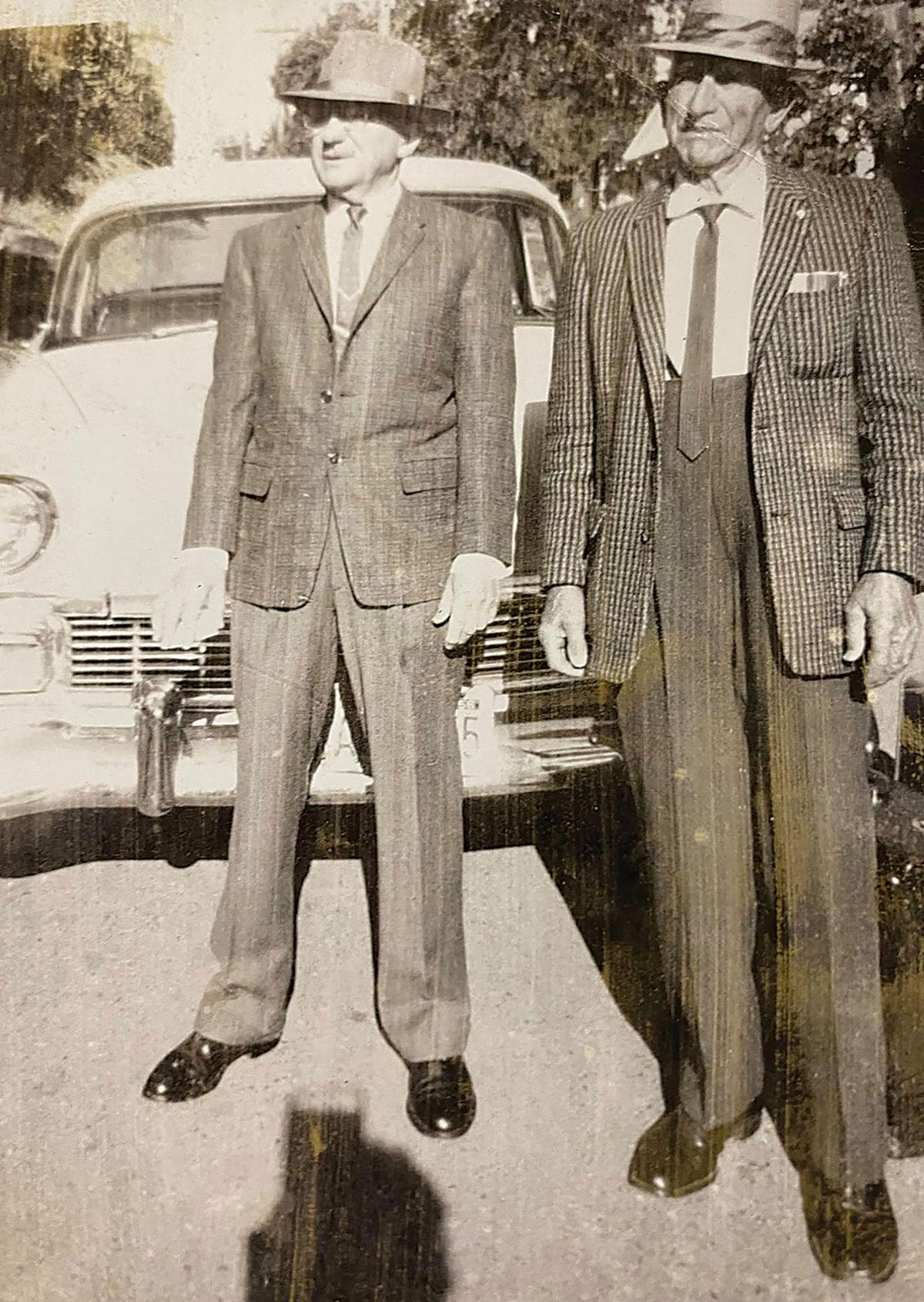 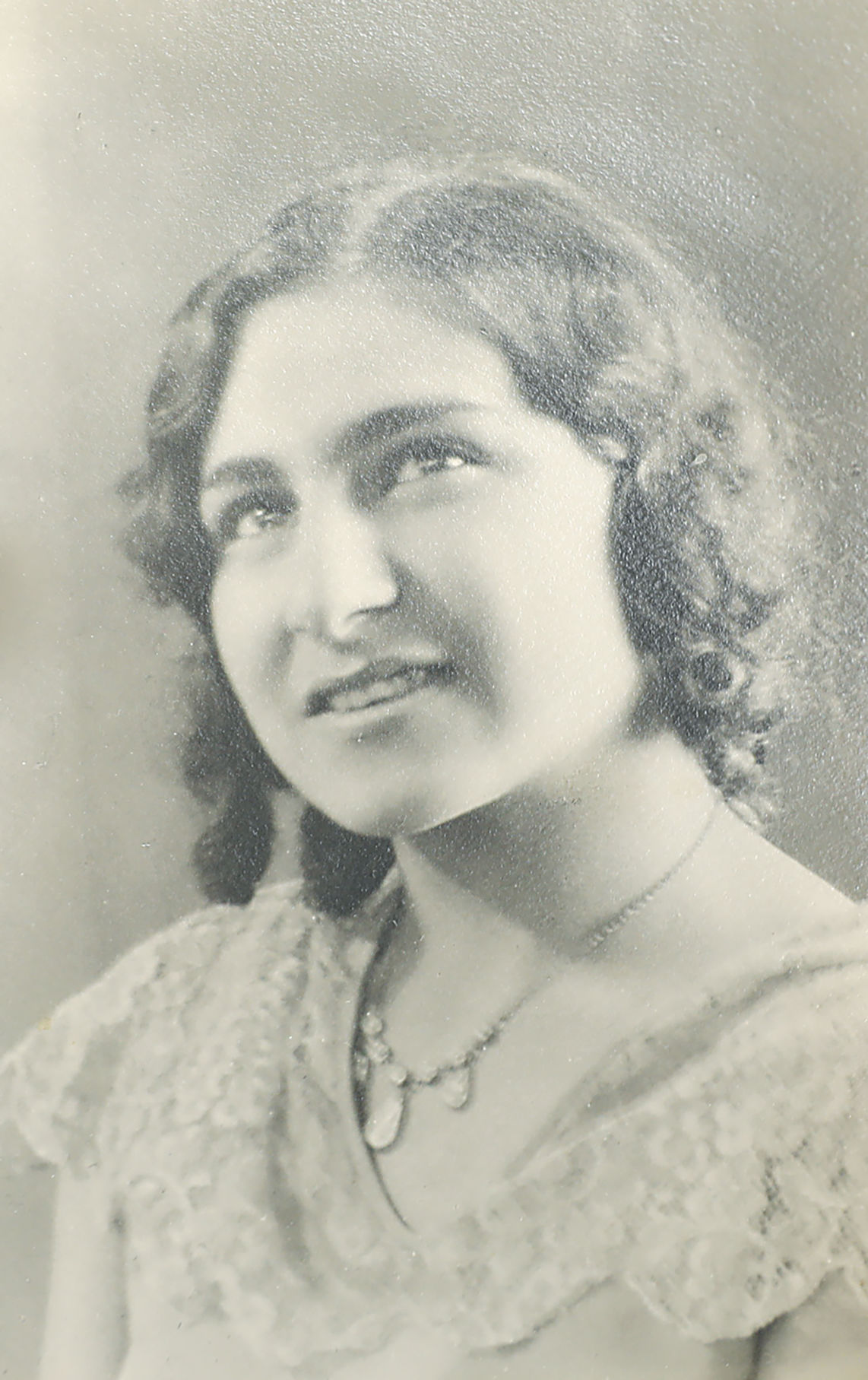 Over the past few weeks I’ve been talking about remarkable women-Georgia White, Hattie Mclane and Azalea Cuneo-and what made these women truly remarkable is not what you would think. None of them had fancy college degrees with a “Dr.” or “PhD” after their names, none of them were members of the political or social elite of Amador County, and none of them had much money.

What all of them had that made them so remarkable, was the ability to accomplish so much with so little.

I think all of us can learn something from their stories.

Now, to mix my metaphors, it’s time to tie a knot in the tail of the many tales Azalea has been spinning, and pull them all together.

And with that said, I’ll begin this final chapter:

“My Mother was a remarkable, intelligent lady”, Azalea told me. “Her name was Theresa Molfino, and she was born in 1877 on the Molfino Ranch.

“After completing nine grades of school with honors, she attended San Jose Normal and got her teaching degree. Then she returned home to Amador County and taught school in the Middle Fork School. This happened to be the school her father had built and also paid for when she was a child. Her salary was 60 dollars a month, and with her first paycheck she bought a piano-and that same piano has been here in our home for the last 78 years.

“She married Lawrence Cuneo on June 11, 1901 at St. Patrick’s Church in Jackson. They had a dinner and reception out at the Molfino Ranch, and then her oldest brother drove them in a horse drawn surrey to lone to catch the train to San Francisco. They had a wonderful time and stayed at the old Palace Hotel that burned down during the earthquake and fire in 1906. That hotel was something else-it had “rising rooms”, that’s what elevators were called, and everyone got a toilet and bathtub, and there was an electric bell you pushed when you wanted service. My Mom told me all about it.

“When she and Dad returned home they built this house we are in now. It has a parlor and a living room, a kitchen and three bedrooms, and it cost $1,450 dollars to build.

“Then they started to have kids. Leland was the first born. He graduated from high school with high honors when he was 17. Then he went on to Heald’s Business College in San Francisco-he even taught there.

“They had 5 boys and one girl; that was me. They were Leland, Seymore, Stanley, Irving, Azalea and Russell.

“I was born in 1913, and when I was a teenager we’d go to the California State Fair every year. And for a vacation we’d go up to Silver Lake in our Overland Runabout Automobile. It would take all day to get there. And that was our vacation-I never got to San Francisco or places like that.

“One time before I was born, Mom and Dad and three of my brothers went to Yosemite Valley in a horse and wagon. Took them three days. Dad said they had to pay a toll to go over one of the bridges, and he thought two bits was too much. The toll man said he would give them something special, and as they were crossing the bridge, the man got out a trumpet and played a tune for them. Not many people, however, ever took that kind of a trip.

“We really had wonderful times, even if we didn’t have much money. Every Sunday we’d go to someone’s ranch, or they would come to visit us. And we’d play bocce ball and all sorts of games. The men would be playing cards, and someone always had a harmonica or an accordion. There was always a lot of music in us Italians.

“But it wasn’t all play, because us kids had chores to do, too. My job was to chop the kindling, and we always walked to the top of the hill to get our milk. My brothers used to help at the store. They didn’t go out and play football or baseball-they went down to the store to help Dad. And every weekend they worked on the cattle ranches.

“We were always busy, but content and happy with very few frustrations. We didn’t have a radio, but we read a lot of books. You know, we never had a telephone in the house. It was only in the store for store business, so I never got the chance to use one or talk to anybody. And I never missed having a telephone either.”

A couple of hours after she began telling me about her Mother, Azalea put down her notebooks and began rummaging through a pile of papers that were on the seat of a kitchen chair. She handed me a couple of pages and said, “Here, read this. It was written by my Dad about 75 years ago.”

I did, and this is what Lawrence Cuneo wrote:

“We were living at French Garden, and a dreadful flood took place. There was a cloudburst that broke the New York Ranch reservoir, and the water from the middle fork of Jackson Creek and the spilled water from the reservoir came together right at the head of French Garden. It spread over the entire gardens and carried everything with it-barns, the tool house, the wine cellars and the banks of the creek were all washed away. Our home, a two story house which was about 300 feet from the main stream, was flooded to the top of the first floor. Mother and Dad and an old man named Dingo carried the most important articles upstairs, and then they got some blankets and led us kids outside to higher ground. Here under a tree, they made a tent with the blankets. Then, we just sat and watched the flood waters, as they carried cabins, large trees, and wagons away.

“But in our haste we forgot our dog, who had been tied to the doghouse. And as the water got higher he climbed up on top of his doghouse and howled for his life.

“Then dear Dingo, a true friend, jumped into the rushing water and managed to cut our dog loose.

“Now, the flood was carrying a cabin by in which a Chinese man named John lived. He had managed to climb on top of the roof as the house was swirling down the creek, but he fell off and was never found. It’s been told that, as the house went down stream, someone shouted, ‘Where are you going, John?’ And he simply replied. ‘I don’t know.’ And that was it for him.

“I was only 7 years old, but I remember every minute of that day, and I always will.”

I finished reading the letter, and after we had a quick cup of coffee and another cookie, Azalea continued:

“Mother did all the bookkeeping at Dad’s store; she was also active in the Sutter Creek Women’s Club, the Native Daughters, and the Catholic Church. She could do just about anything-she was an excellent reader, and she would give recitations at various clubs in the County. She was quite an actress too and was in a lot of plays in those days.

“She enjoyed travelling during her later years, and she and Dad went to Hawaii and Alaska, and visited the New York World Fair in 1939. She even went to Europe and visited her cousins in Rapallo, Italy.

“She was a wonderful and smart woman, and her mind was always keen. She lived a full and honest life and passed away on May 20, 1964 at the age of 87. She’s buried in the Molfino vault in the Jackson Catholic Cemetery.

And with that, Azalea said, “I’m done.” She took off her glasses and put away the books, papers and scrapbooks. I helped her with the dishes and then I went home. It had been quite a day.

And to this day she is remembered and loved by many.

Before Google there was Azalea Cuneo. She was a walking, talking encyclopedia of Amador County, and all the human contradictions that make our…