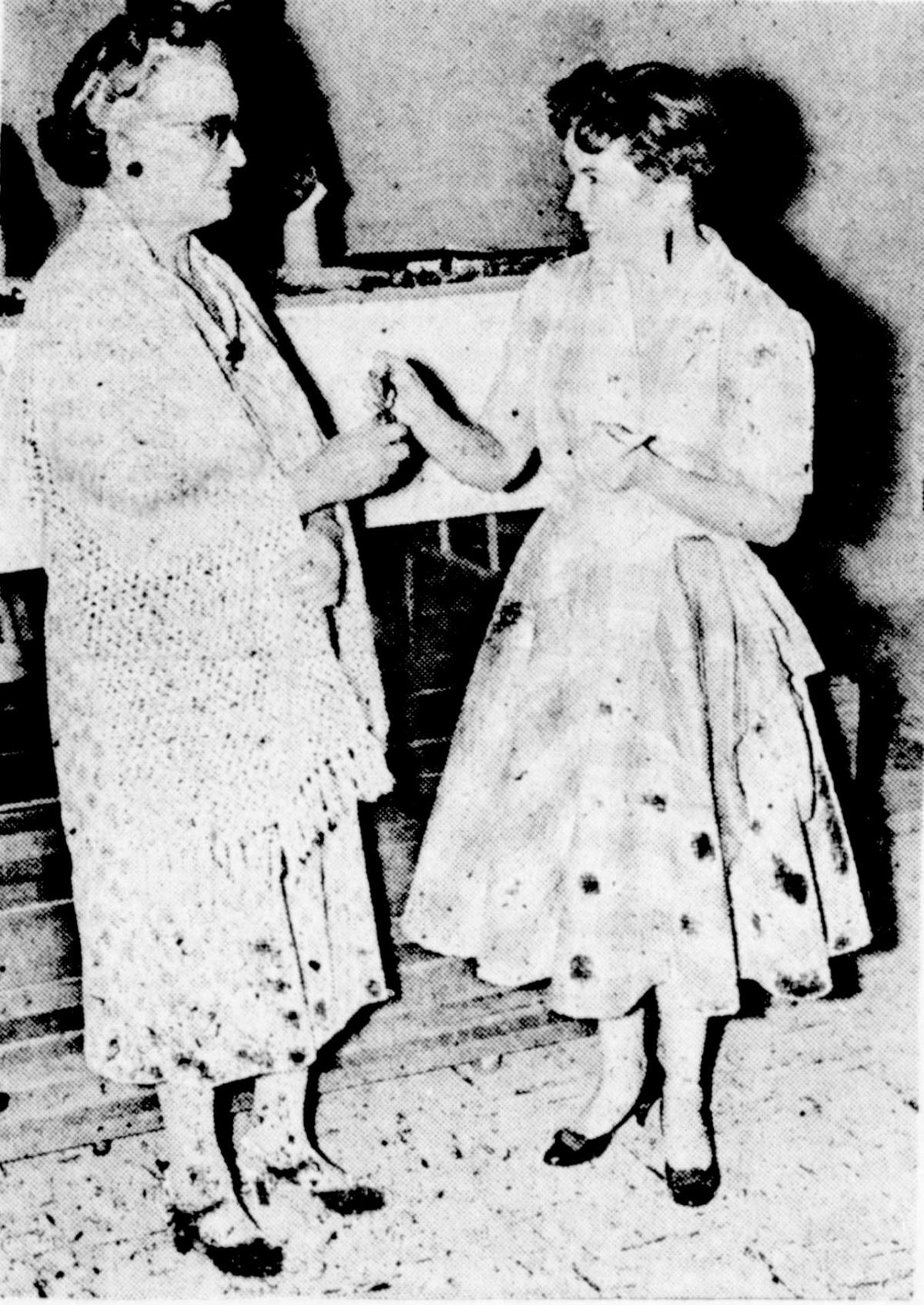 Norma Ball honored by Jackson P.T.A as Citizen of the Month, seen here at the presentation of the pin made by Mrs. Murphy, chairman of the committee. 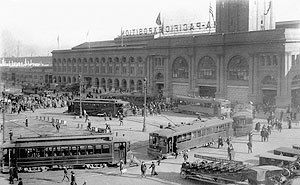 The Ferry Building was the landing point for Fairgoers from the East Bay, and as far away as Sacramento. Emblazoned on the Bay-side of the Ferry Building, approaching passengers saw a huge sign: “California Welcomes the World – Panama-Pacific Exposition” with the year “1915” in lights on the building’s famed tower.

Norma Ball honored by Jackson P.T.A as Citizen of the Month, seen here at the presentation of the pin made by Mrs. Murphy, chairman of the committee.

The Ferry Building was the landing point for Fairgoers from the East Bay, and as far away as Sacramento. Emblazoned on the Bay-side of the Ferry Building, approaching passengers saw a huge sign: “California Welcomes the World – Panama-Pacific Exposition” with the year “1915” in lights on the building’s famed tower.

Some years back I was in Jackson interviewing a very nice lady by the name of Norma Ball. She had a lot to say about herself, her husband, and the day’s condition, and I’d like to share some of those reminiscences with you.

Norma’s husband was a music teacher, and I asked her to tell me something about him. These are her words:

“Fred, my husband, was always interested in music. He was born in Amador County in the Shenandoah Valley in 1878. He always wanted to play the horn, and one day his dad gave him a trumpet that he’d done some trading for.

“Fred never did take any lessons, but he took his music examination, passed it somehow, and started teaching. You see, he had been going to a music teacher, but he got cold feet and quit, and then began studying music through a mail order school.

“Well, Fred got a job teaching in Sutter Creek, and that’s where he started his first band. You know, the kids got to be so darn good, they were invited to play at the Panama Pacific World Fair in San Francisco in 1915.

“I remember they would practice all the time, night and day, and before they went down to San Francisco, they gave a couple of concerts-one was in Sutter Creek and one here in Jackson.

“Outside of the Fairgrounds in San Francisco they were given the use of a big open area where they could bed down. Then the idea was to take them around the city sightseeing.

“But the Fun Zone right there at the fair was the biggest attraction, what with the steam fireworks and all the rides. Matter of fact, two of the youngsters had never been out of Sutter Creek in their lives, so this was quite an affair-and the trip lasted a full week.

“I remember the kids would wrestle around all night, and one time some of them tried to take the streetcar out to the beach. Those kids were all over the place all the time, and we spent most days hunting them down when they had to perform. But we managed to get all of them home in one piece, and that was the important thing.

“Anytime one of the high schools had a big musical to put on, they’d ask Fred’s kids to do the music, and he’d take them out back under the big oak tree and teach them.

“Finally, all of them saved up enough money, and they bought little uniforms-they were taffy colored with red stripes. And when they marched down Spanish Street in Sutter Creek, their buttons would near pop off they were so proud!

“Now me,” said Norma, “That’s another story. I graduated high school in Iowa in 1906. Then I moved out here and became a teacher.

“I had a student, a girl, during my first year of teaching, who was a year older than I was. In those days a student had to pass an exam to move up a grade, and the poor kid had failed it three times. She told me she’d try to pass one more time, and if she failed she would quit school. So I told her I’d coach her-and I did, and she finally made it. It warmed my heart, and from that moment on I knew I’d love teaching.

“I tell you, the hardest thing was just getting myself to the school house-that was something else! I had to take the stage from Sutter Creek and ride it up to Martell. Then I’d have to change to the train, ride it for a while and get off. Then I had to cross over a big field and go down a long hill to the Stony Creek School. Then after school, I’d climb back up the hill, embroider or crochet while I waited, and the train would stop and pick me up again. Then it was back to Martell, and if the train was late, and in those days it never did run on time, they’d send the baggage wagon down and take me clear into Sutter Creek.

“I remember one stormy winter I had to ride on top of the stage with the driver and shotgun. They’d button this stiff, canvas waterproof thing over the three of us, and it nearly sawed me in two!

“You know, I really loved working in those one­-room, one teacher schools. In those days Amador County had more than 40 of them scattered all over the place. You see, the roads were really bad and there was no transportation-it was impossible to get around. So, if there were only one or two families in an area with, say, six kids, then a school and a teacher would be set up just for them!

“San Jose Normal was the school all of us went to. It offered a two year course, and that’s where I went. This was right after the big San Francisco earthquake in 1906, and we couldn’t use the regular school building. So, they built another, and it was patterned after Stanford University-only smaller, of course. There was a room right in the center, and that was our library. And there were small classrooms all around the outside with a sidewalk around that. The floors were all rough board and hard to walk on, and on top of that we had to wear long, white skirts that touched the floor. And you had to sit at your desk all day with a bunch of petticoats crunched under your dress-oh, Lord, what a time I-but I wouldn’t change any of it!

Editors note: The Amador County Historical Society website has a living history page where Cedric Clute’s interviews can be found along with others. Visit: amadorcountyhistoricalsociety.org/living-history.html.