Skip to main content
You have permission to edit this article.
Edit
Home
News
Roots
On the Vine
In the Game
Marketplace
Obituaries
Announcements
Real Estate
Multimedia
Archives
1 of 2 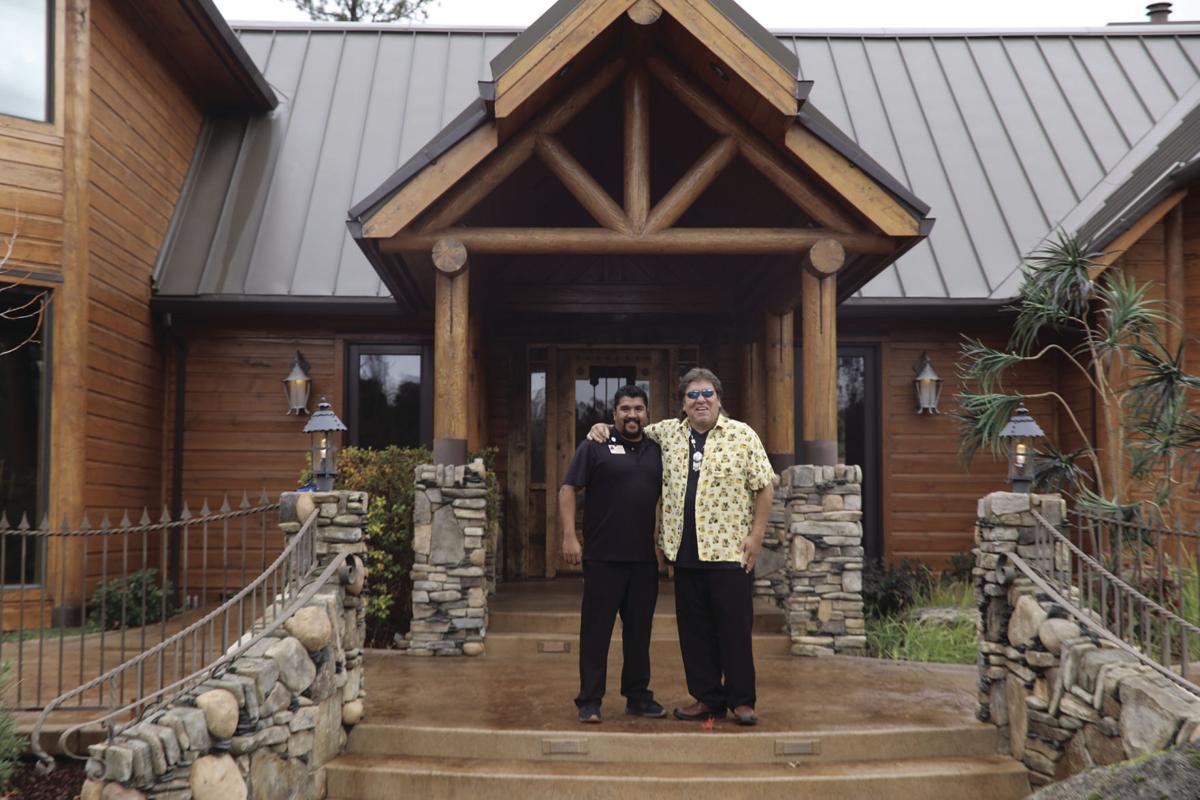 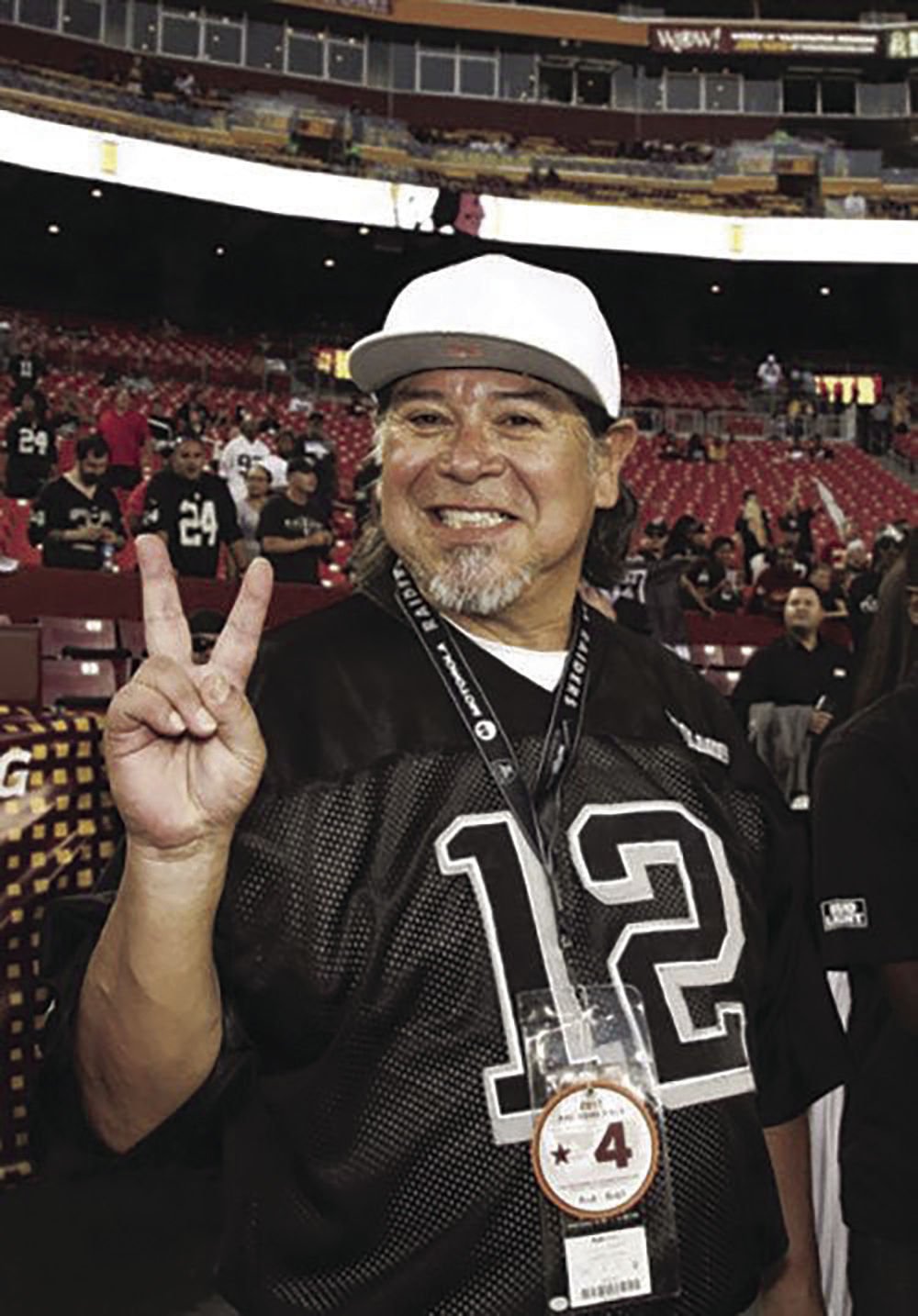 For those who met Dennis Dalton, they would most likely describe the sparkle in his eyes and the smile. That smile. A smile that filled anyone Dennis contacted. To say he had an uncanny ability to make anyone he met feel like a friend, an old acquaintance, even part of the family, would be an understatement. It’s how he lived his life and is his legacy. But Dennis’ gifts to the world went far beyond that sparkle and smile.

“He was the most generous man I have ever known,” said Tribal Chairman of the Jackson Rancheria Band of Miwuk Indians, Adam Dalton. “Dennis loved helping the children in his life with anything and everything they needed. Especially as it pertained to their interests in sports.”

To be fair, very few knew that about Dennis. It wasn’t splashed across the pages of the Ledger Dispatch or covered in the local media. It wasn’t even recognized by some of those who benefitted from the generosity Dennis bestowed upon them. That’s because quite often, it would show up as an anonymous gift. No notes, no accolades, not even an idea of who had stepped in to help. Dennis quietly went about his days making dreams come true for people in the community, some that he had met and knew, and many times for children he had just met. It wasn’t done for recognition, but in the true spirit of giving.

“He wanted every child he met, to be able to participate, compete, learn the value of individual accomplishment and the thrill of being a part of something bigger — a team,” said Adam. “He loved sports. And he wanted to make sure that any child, no matter what their background, regardless of financial status, that they received that opportunity.”

Dennis’ love of sports and seeing kids compete started with his own family. When their father was killed in a logging accident in 1980, Dennis helped Adam finish high school to honor their father’s wishes that all of his children graduate. Dennis was very encouraging to Adam during this time.

“He attended all my football games,” said Adam. “He even walked beside me down the field on parent night in school.”

Adam would not have completed high school if it weren’t for his brother’s support. Dennis had always loved sports, but it was at this time, watching his brother Adam, that he realized what an impact sports could have on youth — whether a distraction during a tough time in someone’s life, an ambition to reach something bigger, being a part of a team, or even something intangible or indescribable, Dennis saw what sports did for his brother, Adam, and the other kids on that field. And in that moment, he made a decision to help all of the children he could.

“He’d give sports equipment, sponsor teams, sponsor kids,” said Adam. “He’s a huge reason why you see the Jackson Rancheria logos on the scoreboards and fields all over the place.”

In fact, the Ledger Dispatch could fill pages upon pages going through the names of local student-athletes and teams Dennis secretly assisted. And he followed those kids achievements as they went off to college and beyond. All with an unforgettable smile, a silent benefactor granted wishes to help thousands of kids.

And while we unfortunately are too late to capture all those stories from Dennis, it seems only fitting that those he left behind honor and remember Dennis.

“Dennis had a huge heart and it simply seems fitting to develop a foundation aimed at assisting the youth of Amador County in his name,” said Adam. “The purpose of this foundation is to ensure that all kids in our county have the opportunity to participate in school sports programs, regardless of their families financial status.”

Setting up a foundation is no easy task and finding exactly the right person to lead the way would be a difficult task. But in a way that only Dennis could achieve, he made that choice easier. Adam chose to recruit Dennis Dalton’s stepson, Jose Cortez, to help manage the foundation. Dennis raised Jose and his brother Jesse since they were young boys and took great joy in being a part of their lives.

“It seemed fitting that Jose be a part of the program, both as Dennis’ son, and as a wonderful mentor of our community,” said Adam.

Jose and Adam have always been close, and call each other Uncle and Nephew.

It’s not just Jose’s connection to Dennis that makes him the perfect fit. Jose has the experience required and has been involved in Amador County sports programs for many years as a father and as a coach.

“He will be a great leader among the youth of our community,” said Adam.

Like his step-father, Jose also has a big heart and has always engaged himself in working with children. Adam is very proud of Jose for the things he has accomplished in his life and for the wonderful father he has become.

“The Tribe is confident in his abilities,” said Adam. “We are sure he will help make the foundation a huge success.”

The creation of the Dennis Dalton Foundation is very dear to Adam Dalton, as well as to the entire Tribe.

“I am confident that this new foundation would make not only Dennis proud, but that my late mother Margaret Dalton would be very proud as well. She loved to provide support and opportunity to the children of our community,” said Adam.

The Tribe hopes to launch the Dennis Dalton Foundation in April of 2019. Cash donations and new sports equipment will be accepted and much appreciated. The Dennis Dalton Foundation is yet another program offered to Amador County by the Jackson Rancheria Band of Miwuk Indians, aimed at providing opportunity and support to the families of our shared community. More details on how to donate will be available soon.

“May Grandfather bless all the people of Amador County,” said Adam in closing.

And looking to the sky as the clouds parted briefly, one can’t help but feel the warmth of a brother, with sparkling eyes, still smiling and watching as his legacy lives on in the children he will continue to help through the foundation that carries his name — The Dennis Dalton Foundation.