You have permission to edit this article.
Edit
Home
News
Roots
On the Vine
In the Game
Marketplace
Obituaries
Announcements
Real Estate
Multimedia
Archives
1 of 2 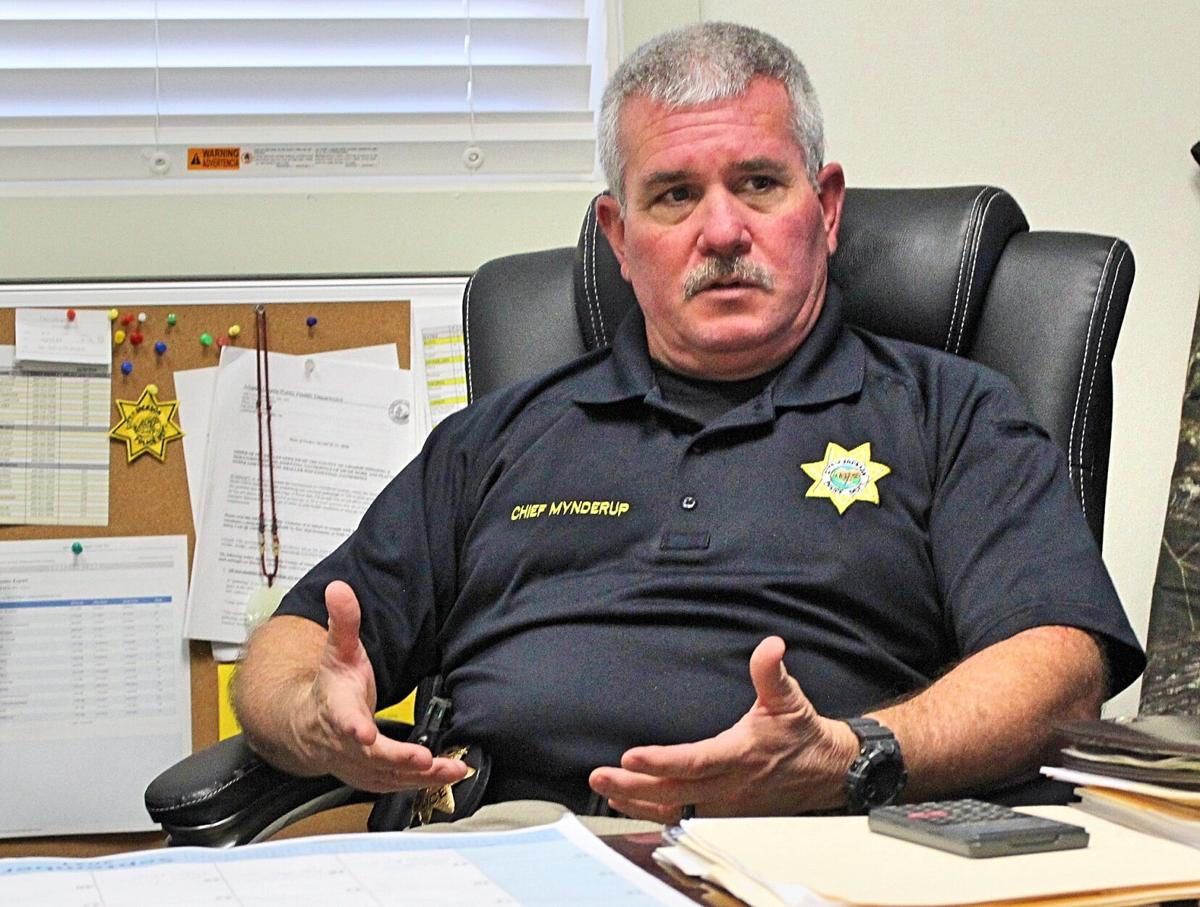 The Jackson Police Department and Chief Chris Mynderup have taken the initiative to create a dedicated Homeless Outreach program within the city limits of Jackson. 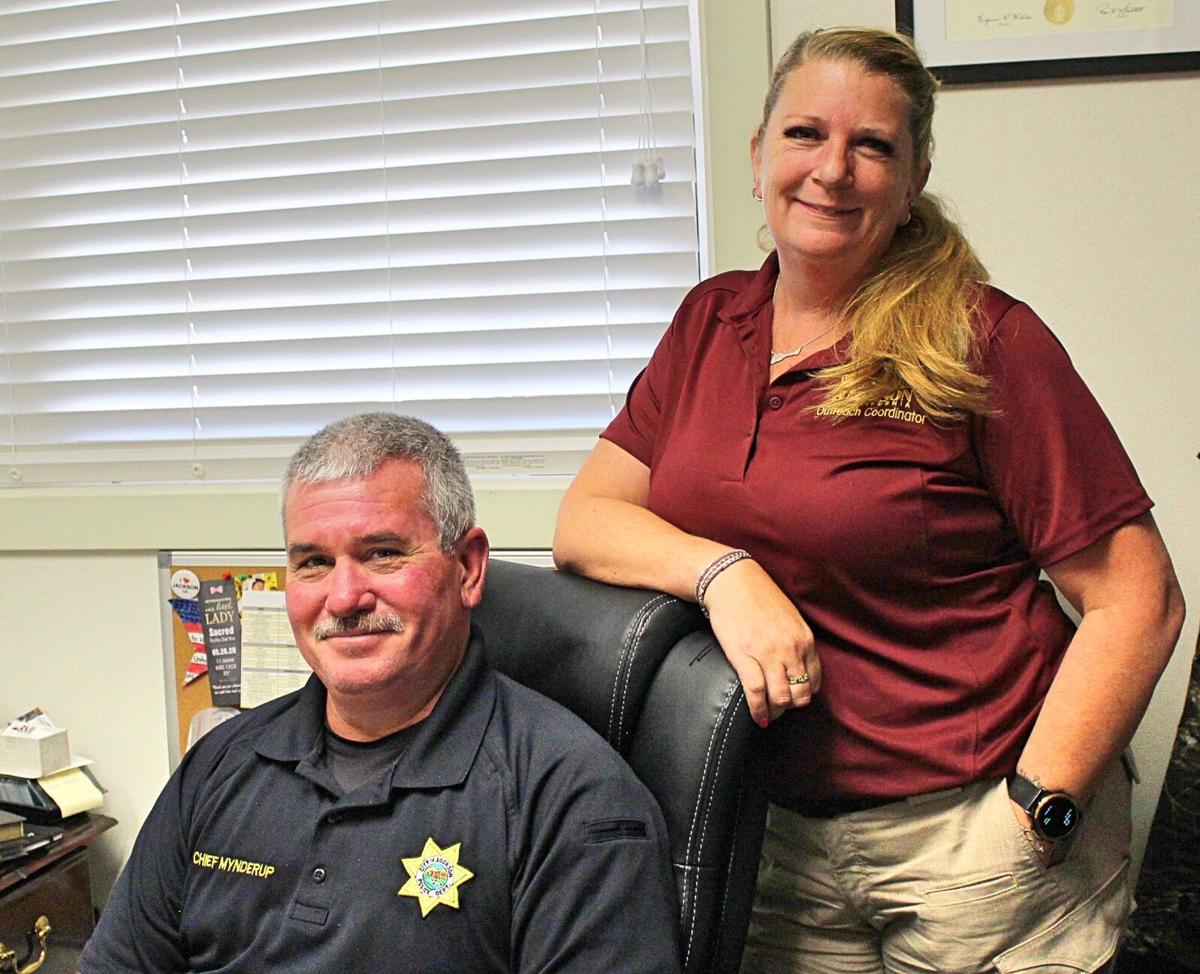 Jackson Police Chief Chris Mynderup and Homeless Outreach Coordinator Christine Platt are working together to help houseless people in the City of Jackson get back on their feet.

Homelessness: it’s a serious ongoing crisis, an unfortunate reality seen right in our backyard but also affecting communities, towns and cities far beyond Amador County- only exasperated by the ongoing COVID-19 pandemic.

We have all seen those homeless in Amador, and maybe even helped out with spare change or a meal. The truth of the situation is, these are just people who have come into hard times - whether that be by living with drug and/or alcohol addiction, are veterans, or individuals who live with physical or mental health challenges that need to be addressed…and many of us have also been close to this point. And while they can’t solve all the world’s problems, the Jackson Police Department have taken the initiative to create a dedicated Homeless Outreach program within the City Limits, adding to the list of agencies and groups in the county; offering resources and opportunities to those who live the unfortunate reality of fighting to survive on the streets.

“The state of California has the largest homeless population,” Jackson Police Chief Chris Mynderup explained, citing a 2019 census which revealed the State had estimated the number to be over 150,000. “This high figure was attributed to issues with providing affordable and adequate housing opportunities, current drug laws, and the inaccessibility of important mental health resources. There are two homeless shelters in the County, which are located in Jackson and run by ATCAA…both shelters have limited bed space and usually cater to children, families, and military veterans, while the homeless population we encounter in the parks and under the bridges are all single adults.”

“Understanding the growing magnitude of the homeless crises, many communities created outreach programs to assist those experiencing homelessness with housing, addiction rehabilitation resources, social services, mental health resources and helping to reconnect with family members,” Chief Mynderup continued. “This is an issue that is beyond law enforcement, and these outreach programs have proven successful and beneficial to their communities.” In November of 2020, the City was pleased to receive confirmation for grant funding through ATCAA, leading to the start of an outreach program of its own.

Combatting the homelessness crisis requires the combination of compassionate, motivational people who understand how they feel, to come in and lend a helping hand, and the equal exchange of effort between both parties to get back on their feet in return. The Jackson Police Department found the perfect woman for the job: Christine Platt, Homeless Outreach Coordinator - serving those within the City Limits of Jackson. With sympathy for the situation, empathy from personal experience, determined motivation and the (sometimes) tough love of a mother figure, Platt has seen firsthand the harsh reality of being homeless, and endeavored to build working relationships with the unhoused population in the Jackson city limits. “Jackson is the epicenter of the homeless issues due to the City having the hospital, jail, grocery stores and park all within walking distance,” Chief Mynderup and Christine agreed, “and most individuals are found here in Jackson. After attending several local homeless task force meetings, we created an outreach program with the belief that after finding someone to get out to these hidden spots and camps, and interact with these individuals on a daily basis, we would learn who would want services, help and resources and we could make a difference in the City.”

Usually, the individuals who have no permanent safe place to call home end up in these scenarios by fighting substance abuse, poverty, domestic unrest, discrimination for their sexual orientation or gender identity, any and all forms of abuse, PTSD and mental health disorders…and may face ostracism and social stigma for “not trying hard enough,” but it just isn’t that simple. Most find themselves without a home, and want to receive help, but just don’t know where to start or who to ask. That is where Platt comes in; meeting the people, talking with them, hearing their stories and coming up with practical solutions and goals to work towards, like filling out social security applications and finding clothing for job interviews. “I started working in April of this year after receiving training in multiple fields,” she said. “The Homeless Outreach program works in partnership with local law enforcement, volunteers and organizations like ATCAA, HART, Operation Care, the fire department and County Social and Behavioral services, the Catholic Charity Saint Vincent De Paul, the hospital, and pregnancy help center. I’m the person who is out there daily, know all of these people by name, and help them stay on track. The goal, of course, is to get them off the street and in a home, and that starts with getting them needed identification cards, or to apply for Social Security, to look for employment opportunities and to interviews, to doctor’s appointments.” These daily check-ins and small but positive steps forward are the key part in helping houseless individuals. “It can be a lot to balance, finding out how to get to them, show them I understand because I have been there myself (I was homeless at 16) and build that trust. It has to be to the point where it’s an equal amount of give-and-take from me and them. When they see others who are working with me, when they start to see things happening, more will come to me wanting help because they see a change happening, and the trust-building process works faster.”

Their approach has proven to be very effective, with Christine noting that the comparative numbers from 2020 and 2021 have shown a significant drop in the number of those without homes in the City. “We’ve made a lot of headway; comparing January 2020 to now, the homeless population is down by 19% in the Jackson City Limits,” she revealed. “I’m working with about 30 people, who are all working towards their goals. This extends beyond just the homeless population, but also to business owners and homeowners, to preserving the environment and keeping the area clean and tidy. It’s also important to remember that these are our people…I may have been born somewhere else, but I now am in Amador and have been here a number of years, so therefore I consider myself to be from Amador.”

Being a liaison between business and homeowners, and advocating for the houseless population, is a focal point of Christine’s job. “It’s about not judging, and being that person who they can relate to; approachability and being able to connect, gaining trust and consistency/follow-through are key,” Platt added. “Especially with COVID and the recent forest fires, access has been limited…and this is beyond the fault of any law enforcement or resources, and sometimes the agencies aren’t able to do it all themselves, which is where I come in. It’s about meeting these people daily, saying, ‘Hey, let’s go bring your paperwork down to Victory Village’ or ‘Let’s go get your application filled out for your ID card.’ I don’t want anyone to feel helpless, and by being there to do this together, they have more confidence in themselves and see that they can make steps forward…sometimes it’s just about motivating them. It’s about letting them know they are not alone, that someone is out there, caring about them and helping them follow through. It’s about getting things done together.”

Ending up unhomed can be caused by any number of unforeseen, unfortunate circumstances that leave few options, but there are the few who choose the way of life they are living. Christine explained that although she puts forth the effort to provide resources to the houseless population, she disagrees with but nevertheless respects the choice that they have made. “At some point, it becomes a choice, and there are people who I have offered help to that are not interested. There’s no every “all” in “always”- each person is individual, and I am constantly learning more about how to help but respect that some don’t want it. Regardless, if they decide they want help, I’m here, but it’s a two-way street. I am here to help anyone who is willing to give back that effort, regardless of circumstance, with no judgment.”

“Christine has done a great job,” Chief Mynderup finished. “The fact that she has established a line of communication for those who want help and working together makes us proud. We have also recently been awarded grant funding for a mobile shower unit funded through a California Homeless Housing, Assistance and Prevention program grant offered through ATCAA, which we are hoping to have ready by November. This will be available at an undisclosed location on a regular basis, and will also provide opportunities to connect the homeless population with local agencies and resources, and offer connections to those living within the City Limits with Christine. We look forward to continue working closely with local agencies and programs providing resources like the Amador County Sheriff Office’s Homeless Action Response Team (HART), Amador Tuolumne Community Action Agency (ATCAA), Operation Care Amador, Saint Vincent De Paul and Amador County Social Services. By virtue of Christine and having this program, we are treating the issue on both fronts and doing what we can do to help people who want it. This is new, uncharted territory, but it’s working and making a difference in our City.”

If you, or a loved one find themselves in a position of living without a fixed residence within the Jackson City Limits, please contact Homeless Outreach Coordinator Christine Platt by phone at 209-283-3231, or email cplatt@ci.jackson.ca.us for resources and assistance getting back on your feet.