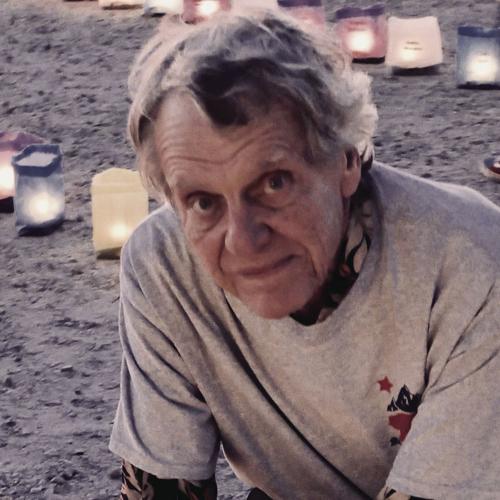 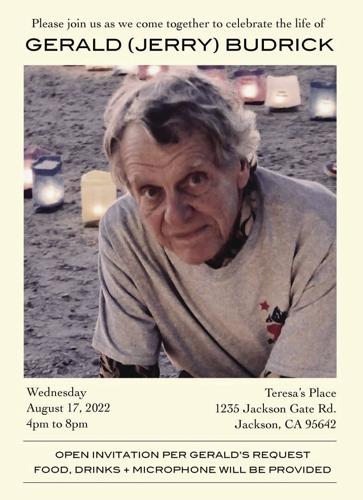 Gerald (Jerry) Anthony Budrick passed away Sunday, July 24, 2022 after a 5-year battle with esophageal cancer (clearly the cancer won). He was 78 years old and died in Amador City surrounded by the love of his family.

Gerald was born in Chicago, IL on February 23, 1944, a son of the late Anne (Walanga) and Alphonse Budrick. He was a smart and curious man, even from the very beginning, which led him to a life filled with rambunctious adventures. Some of his greatest adventures included: being a singer in the Army with the 3rd Infantry Division Glee Club; traveling across the country in his VW Bug peddling fur coats; road-tripping with his buddies from Berkeley to the Yukon Territory of Canada, where they discovered dense clouds of relentless mosquitoes; being one of the founding partners of a restaurant in Berkeley that started a food movement; finding his “imago” Deborah and having two babies with her; starting a water business and moving to Amador County to operate it; owning an incomparable family restaurant in Sutter Creek; becoming the biggest fan of his son’s basketball and soccer teams; starting a new career as a journalist and editor at the ripe age of 64; working at the bowling alley after partial retirement; building ridiculous amounts of tables for his daughter’s restaurant; finishing and publishing his book about Chez Panisse with his good friend James Monday; and learning to turn his hearing aid down enough to be able to interact with his lively grandchildren. Gerald was a wordsmith with the largest vocabulary this side of the Mississippi and a Scrabble fanatic with an archive of Scrabble journals dating back to the 70s. He was a true handyman who could fix anything he focused his energy on. He was a lover of books and movies (except for “Borat 2”) and food and drink. He had a witty sense of humor, a silver tongue, and a penchant for brutal honesty, which sometimes got him into trouble, but usually the good kind. His family has no idea how they will survive without his constant input, opinions and grammatical corrections, but luckily his voice will most likely ring in their ears for eternity. He and his lust for life will be sorely missed.

Gerald is survived by his wife Deborah Budrick of Amador City, CA; a daughter, Ginger Budrick-Carter; and a son, Bret Budrick; Ginger’s Husband, Matthew Carter; and Bret’s girlfriend, Kassie Mastro. Gerald is also survived by his two brothers and their wives, John and Charlotte Budrick and Jim and Michelle Budrick; his in-laws, Victoria and Rick Wise, Arayah and Paul Rude, and Beverly Jenanyan; his nieces and nephews, Brian, Timothy and Cara Budrick, Giovanna Budrick, Melissa Amen and Jenan Wise; his grandchildren, Lennon and Hendrix Carter; and countless friends and loved ones.

A celebration of life will be held on August 17 at 4 p.m. at Teresa’s Place in Jackson. Anyone who knew Gerald is welcome. Food, drinks and stories will be served because Gerald loved all of those things.